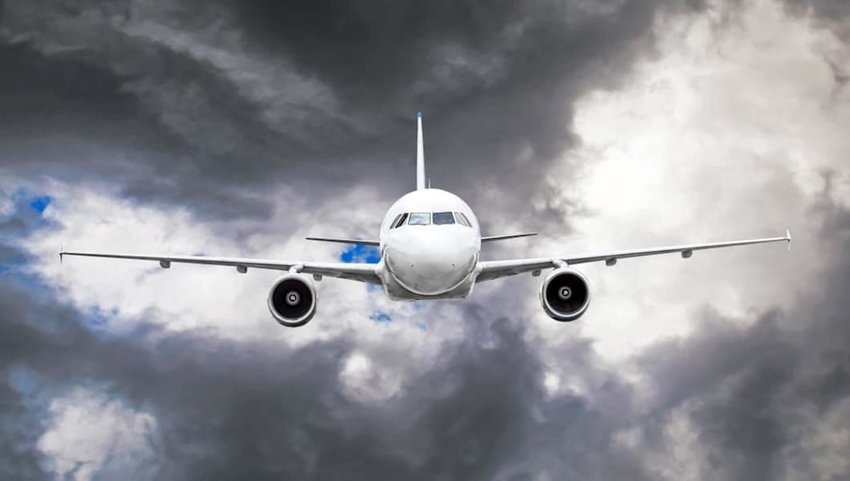 Everything You Need to Know About Turbulence

Even seasoned travelers might feel a little anxious when they hear cabin crew announce that there’s turbulence ahead on a flight. But what is it and is it really anything to be worried about? Here’s our handy guide to everything you need to know about turbulence.

First, what is it, exactly?

Turbulence is atmospheric disturbance and occurs when the normal airflow is disrupted. There are a number of reasons why this happens. Thermal turbulence is pretty common; rising hot air is less stable, creating a bumpy ride. Jet streams (think of them like rivers of air similarly driven by currents) can also impact on wind speed. Even the landscape can alter the airflow above, which is why you’ll often get turbulence when flying over mountains. The Intertropical Convergence Zone near the Equator, where the northern hemisphere trade winds meet those of the southern hemisphere, is also more likely to experience turbulence.

But the most dangerous type of turbulence is the clear air kind, where there’s no warning of the bumpy ride to come. Whatever the cause, when you do experience turbulence, it can make the plane rock, jolt or in rare cases, make violent, sudden movements. That’s why it makes us nervous and that’s also why we should take it seriously.

Should I be scared?

In short, no, but you should be aware of the risks. The last time turbulence was a factor in a plane crash was over fifty years ago. A BOAC captain flying out of Tokyo, Japan diverted so that his passengers could get a closer look at Mount Fuji. The strong winds encountered near the mountain tore the tail fin apart with disastrous consequences. However, aircraft design and safety has come a long way since then.

Nevertheless, occasionally, in very severe and unexpected turbulence, injuries can occur, but this is rare. Statistics vary year on year, but the FAA reported that there were just seventeen injuries in 2017. To put that into context, the US Department of Transportation’s Bureau of Transportation Statistics announced that there had been a total of 965 million passengers (domestic and international) in the same year. You’d have to be seriously unlucky if you were one of the seventeen.

Technically yes, but the odds are stacked against injury and death caused by turbulence. Honestly, you’ve got more chance of dying if you tumble out of bed in the night, get hit by a toppling vending machine or struck on the head by a falling icicle. That said, there have been a very small number of fatalities over the years. The most recent was in December 1997 on a United Airlines flight from Japan to Hawaii. A Japanese passenger was thrown from her seat and hit the ceiling, knocking her unconscious. Sadly, she later died from her injuries.

OK, tell me: What do I need to do to protect myself?

The most important thing a passenger can do is to remain buckled up while in their seat. It’s no accident that most injuries are sustained during clear air turbulence, when the pilot has been unable to warn passengers to fasten their seatbelts. It follows that remaining seated is also a good idea. Listen out for warning announcements and don’t wait for cabin crew to come around and check that the pilot’s instructions are being followed, even if the ride is smooth. The pilot has access to radar information and other reports so he or she knows what’s coming up ahead.

It’s also sensible to stow your belongings, whether you tuck them away in the seat pocket, push them under the seat in front of you or store them in the overhead lockers. If they’re out of the way, they’re not going to become an airborne missile if the ride gets rough. You might also like to consider where you sit. The plane is most stable over the wings, because that’s closest to its center of gravity, and least stable over the tail. So when choosing your seat allocation, opt for the middle of the aircraft for peace of mind.