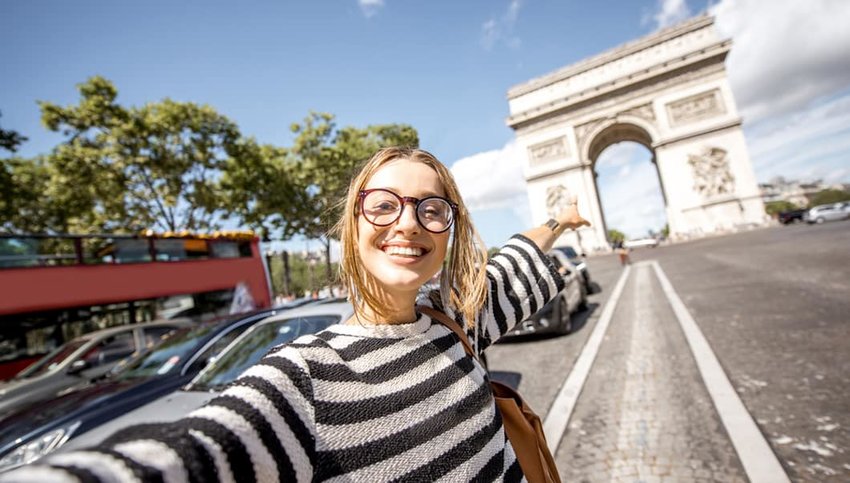 If you’re planning a European vacation this summer, there are certain unspoken rules you’ll need to follow if you don’t want to offend your hosts. Different cultures embrace different norms, so we’d recommend you follow these handy etiquette tips for a stress-free trip.

Get the Greeting Right

Across Europe, there are different norms for greeting friends and strangers. In the UK, for instance, you might be offered a hand to shake, though a kiss on the cheek is increasingly the norm between friends. In France, to “faire la bise” (kiss the cheek) has long been commonplace, though you’ll see it in most other European countries now. Cheeks touch but the kiss is made in the air with a loud smacking noise; you’ll need to do at least two kisses, maybe even four. Women kiss everyone, while men usually only kiss women – but offer a handshake if you’re unsure, so as not to cause offense.

Be Prepared to Queue

The willingness to form an orderly line isn’t just a UK thing, though Brits would take the gold every single time if queuing was an Olympic sport. Across much of western and northern Europe you’ll find people lining up for everything from museum entries to coffee. The further south and east you head, the more chaotic things get. Hate to queue? Take advantage of the skip-the-line tickets offered by many of the continent’s best known sights and attractions.

Don’t Expect to Rush Your Meal

Speedy service is usual in many North American restaurants, but the reverse is true in Europe. Snatching a plate away the minute a diner has put down their knife and fork would be considered the epitome of rudeness in Europe. Eating out is to be savored, a social occasion that should never be rushed. If you really are in a hurry, inform your waiter when they come to take your drinks order that you have to be out by a certain time, and ask for the bill at the same time as you place your food order to avoid a lengthy wait when you’re done.

Tipping isn’t a huge deal in Europe. Though it’s common to add 10% to the bill if you’re dining out, it’s rare to add more and you won’t have to do so at all if a service charge has been added to your bill, as is the norm in Italy. By all means, round up a cab fare or reward a guide who’s gone the extra mile. But if you want to blend in, don’t tip when ordering drinks in a British pub. It’s a good idea to ask your concierge what’s the norm, as expectations vary considerably from country to country.

Hushed tones are essential in museums, galleries and libraries. They’re also appreciated in any public space, whether that be bars, restaurants or the subway. Break this rule and you’ll find yourself the target of shushes, tuts or shaking heads – at best you’ll receive a frosty look. Save your loudest volume for places where there’s no one around – and if you must shout, head to a busy nightclub where it’s the only way to be heard over the music.

Be a Considerate Selfie Taker

Many of Europe’s major sights are rammed, especially in the summer. Large tour groups often occupy small pavements and tiny squares. Whether you’re traveling alone or with others, if you pause to take a selfie think about whether you’re blocking someone’s view or their path. You might be on vacation, but some of those that are trying to pass you could well be commuters on their way to work. If it looks like they’re in a hurry, be the perfect tourist: stand aside and let them have priority.

Let People Off Public Transport Before You Board

European subways are crowded spaces. No one wants to miss their train – never mind that the next one is only minutes behind – but it’s best to wait until everyone’s off before stepping onto the train. On some station platforms, colorful feet are painted on the platform to help you stand in the right place. The same practice helps if you’re using the continent’s busy trams and buses, some of which have separate doors for alighting and boarding. If in doubt, copy a local.

Continuing the theme of keeping out of everyone’s way, take a look around you when you’re in confined spaces. Stand to the same side as locals when on escalators or on narrow pavements. That might be counter to traffic rules: in Britain, you’ll queue on the right when transiting the London Underground’s stairs or passageways, but drive on the left if you’re in a car above ground. Never stray into a bicycle lane in Amsterdam or Copenhagen – or you won’t live to tell the tale of that time you vacationed in these freewheeling cities!

Asking someone what they earn is a topic considered off limits throughout much of Europe. Even co-workers in the same team might not know what each other make. It’s absolutely fine to ask someone what job they do, but asking about wealth and possessions is considered vulgar. Other topics that should always remain off limits are religion and politics. It's natural to be curious when visiting a different culture, and sometimes locals themselves might broach these topics after getting to know you. But avoid asking impolite or intrusive questions upon first meeting. If you’re stuck for conversation, just make a comment about the weather, but don’t forget to convert your temperatures to Celsius first.