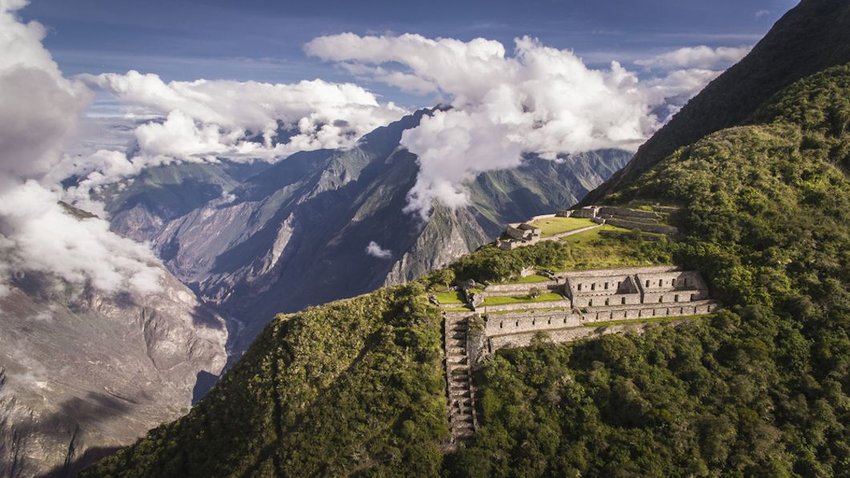 Encountering the Inca Outside Machu Picchu

UNESCO-listed Machu Picchu is truly one of the world’s great archaeological sites. Perched on a lofty plateau surrounded by forested hills, the setting is as jaw-dropping as the tales of those who put it there. But if you thought the legacy of the Incas began and ended there, you’d be wrong. Here’s where to go if you’re keen on encountering the Inca outside Machu Picchu.

When I first visited Machu Picchu almost a quarter of a century ago, I had the ruins almost to myself. Today, if you want to enjoy a similar experience, you’ll need to trek to Choquequirao instead. The four-day slog with altitude gains and losses is pure agony for your calf muscles and quads, but the pain is worth it. The terraces, temples, and plazas of this sprawling historical site receive a fraction of the visitors of Machu Picchu.

Cusco, once the capital of the Inca Empire, is where you’ll find one of the most impressive structures the ancient people ever built. The giant blocks of this imposing fortress fit perfectly without the need for cement and create walls that tower above the plaza. Visit in midsummer for the spectacular re-enactments that comprise the Inti Raymi festival, a riot of color, drama, and even a llama sacrifice, which these days is definitely faked.

Ollantaytambo is the jewel of the Sacred Valley in the Andes. Climb the steps up to this former Inca fortress and storehouse for a breathtaking view along the valley. The joy of Ollantaytambo is also in its cobbled streets, where, amidst the souvenir shops and cafés, you’ll discover Qosqo Ayllu, the old town, whose layout has changed little over the centuries. If you want to imagine what it might have been like to have been an Inca, this is where you need to go.

Overlooking the town of Písac is a hilltop citadel with killer views of the Quitamayo Gorge. This archaeological complex features a stone called the Intihuatana, which most historians think to be a sundial. Before you leave, take a stroll around Písac’s famous market, which spills out over the town’s streets. Sunday is when you’ll find the most stalls and the biggest crowds. Come midweek if you can’t bear to be jostled.

Today, the terraced circular hollows of Moray are a feast for the eyes, but in Inca times they would have provided a feast of a more traditional kind. These terraces gave Inca agriculturalists the perfect setup for trying new varieties of crops. There’s a significant temperature difference between the surface and base of each terrace, which creates a unique microclimate.

On the road between Cusco and Puno lies a settlement of houses and temples, which the Incas dedicated to the creator god Huiracocha. Only the walls remain of the main temple, which is constructed from stone and adobe and stands nearly 66 feet tall. During excavations, a statue of Huiracocha was found broken in two. If you want to piece it together in your mind, then prepare to visit the separated pieces at the museums in both Madrid and Cusco.

The Incas were masters at both civil engineering and sustainability, and the aqueducts of Tipón are proof. Water channels tap into a natural spring at the top of the hill and carry it down to where Inca farmers needed it for their crops. Some are still in use today. There’s a great beauty to be found in the architecture, making this site a must when it comes to Inca encounters.

Although we associate the Inca civilization with Peru, the empire actually stretched from southern Colombia all the way to Chile. Ingapirca is Ecuador’s best-known and best-preserved site. The stones of the Temple of the Sun don’t fit quite as precisely as those you’ll find in and around Cusco, but the fact that it is here at all, so far from the Incan capital, is impressive in its own right.

The island of the sun lies in the Bolivian part of Lake Titicaca. There, you’ll find Inca sites like Pilko Kaina with its two-story palace that commands attention at the southern part of the island. To the north, some say the Roca Sagrada resembles a puma. It’s thought to be the birthplace of the first Inca. And in Yumani village, the steps of the Escalera del Inca lead to a spring believed to reward visitors with eternal youth.

The Ransom Room in Cajamarca

End your Inca pilgrimage in Cajamarca, the spot which signaled the end of an era. Here, the Spanish conquistador Pizarro duped the Inca leader Atahualpa, who filled a room with gold in hopes of securing his freedom. He failed and was executed not long afterwards. In Cajamarca, you can also take a dip in the Baños del Inca, the hot springs where Atahualpa was fond of bathing before he met his untimely fate.