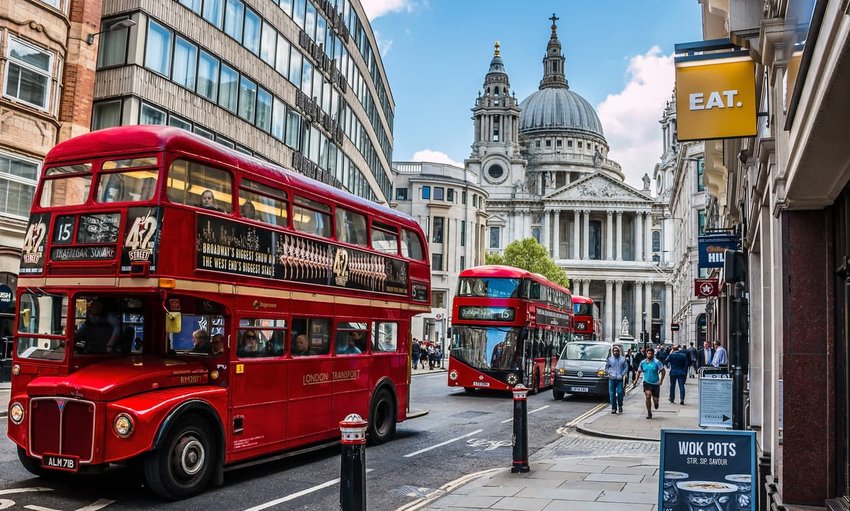 Discover London on a Budget

London has something of a reputation as one of the world’s most expensive cities. But while it’s true that house prices push the cost of living beyond what some people might afford, it’s surprisingly easy to have a vacation in the UK capital for next to nothing. Yes, you did read that right. Here’s how to do London on a budget without skimping on style.

Money-Saving Tips for Traveling Around

It’s not necessary to hire a car when you come to London; in fact, it’s more trouble than it’s worth with congested streets and expensive parking. Trains offer better value than taxis when it comes to airport transfers, but book in advance to save money. Weekdays, instead of taking the Heathrow Express, opt for the cheaper TfL Rail service (formerly Heathrow Connect) which takes only fifteen minutes more to London Paddington for less than half the price.

Cheaper still, arm yourself with an Oyster card, available from Tube stations, and enjoy discounted travel on the London Underground, Overground and bus services. It also covers you for the Thames Clipper services, which link Westminster to Docklands and pass some of the best sights in the city.

Booking multiple days on the hop-on, hop-off sightseeing buses brings the per day cost down. For the best sightseeing tour of all, board a heritage Routemaster at the Tower of London. The #15 route passes St Paul’s Cathedral and The Strand on the way to Trafalgar Square and only costs £1.50, the same as a regular bus ticket.

You don't have to pay The Shard's hefty ticket price to get a bird's eye view of London's iconic skyline. Sky Garden in the city offers free slots on a first come, first served basis on week days. If you miss out, have a drink in its bar instead; the view’s still free though you’ll pay for your tab.

Too dear? Take the Tube to Hampstead. From a park bench on the Heath you'll enjoy one of the best panoramas of the capital. South of the river, climb up to the Greenwich Observatory - the view across the Thames is equally captivating and it’s closer to central London’s sights to boot.

Budget travelers should also walk along the banks of the Thames. Many of the city's most famous sights line the river, from the Tower of London to Big Ben and the Houses of Parliament. Consider a guided tour with companies such as Free Tours by Foot; these “pay what you like” walks cost next to nothing but offer a fascinating insight into London's rich history. Themed walks focus on a wide range of topics, including street art, food, music and even Jack the Ripper's grisly murders.

World-Class Museums, Galleries and More - That Cost Nothing 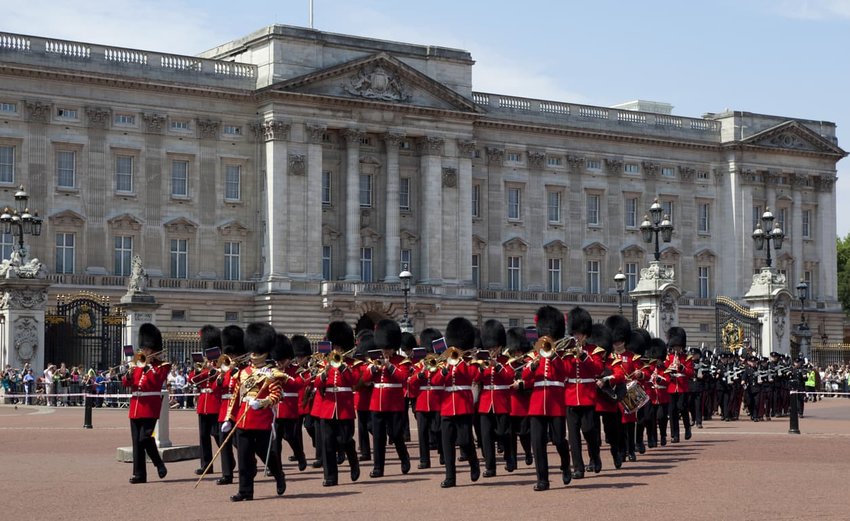 Walking's all well and good but what if I told you some of the capital's best museums are also free? Clustered together in South Kensington, the Science Museum, Natural History Museum and V&A are all located in close proximity to each other. All cost nothing to enter, though donations are welcome and some exhibitions carry an additional cost. That's not all; visits to the Museum of London, British Museum and National Maritime Museum are among the many other London museums that don't charge for entry. Too mainstream? How about Napoleon's toothbrush in the Wellcome Collection or a jar stuffed with eighteen pickled moles at the Grant Museum of Zoology?

If art's your passion, you'll be pleased to learn that Tate Britain, Tate Modern, the National Portrait Gallery and the National Gallery operate the same inclusive policy. And don’t think you have to miss out on some of London’s quintessential experiences. Catch the Changing of the Guard outside Buckingham Palace, or marvel at the grandeur of St Paul's Cathedral during one of its scheduled services. Entertainment can also be had at a discount. Head to the TKTS booth in Leicester Square where you’ll find same day tickets to some of London’s top shows. Or time your visit to coincide with colorful festivals like Chinese New Year or the Notting Hill Carnival – they’re free.

How to Find Cheap Accommodation 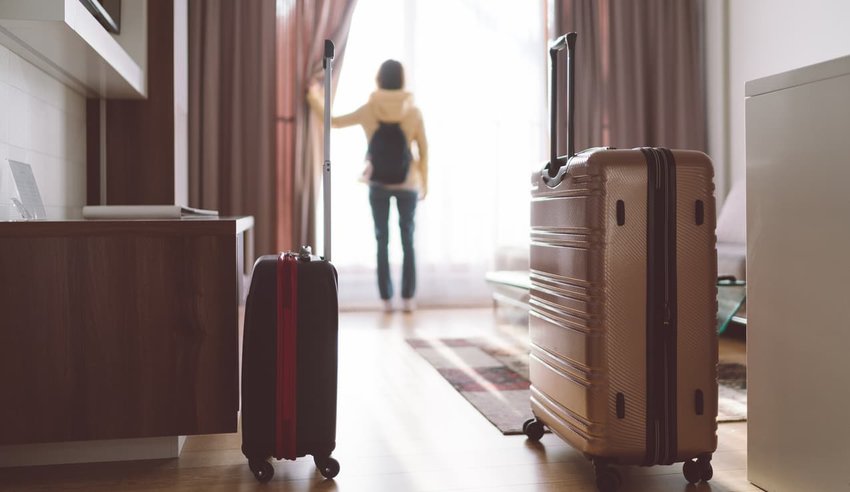 Accommodation in a big city is potentially a stumbling block and it’s true you can spend hundreds of pounds a night on a hotel room. The good news is that you don’t have to. It's possible to snag a double at a centrally-located, mid-range hotel for around £40 in low season. Don't be put off - London's winters are rarely harsh and without the crowds, traveling off peak can be a delight.

Booking last minute? Try finding a room further out. So long as it’s near a Tube station you won’t feel cut off. East London typically has the best bargains. YHA Earl's Court is another popular option. Dorm beds start from just £18 while a private room can be yours from £55. In summer, add another dimension to your trip and camp. Many of London's suburbs have leafy and surprisingly well connected sites; try the Lee Valley, Debden or Crystal Palace for starters. If you prefer to stay indoors, homestays are popular year round and can cost as little as £20 a night; many hosts live within a few miles of central London's sites. Sign up for Couchsurfing and you can even get a bed for free. 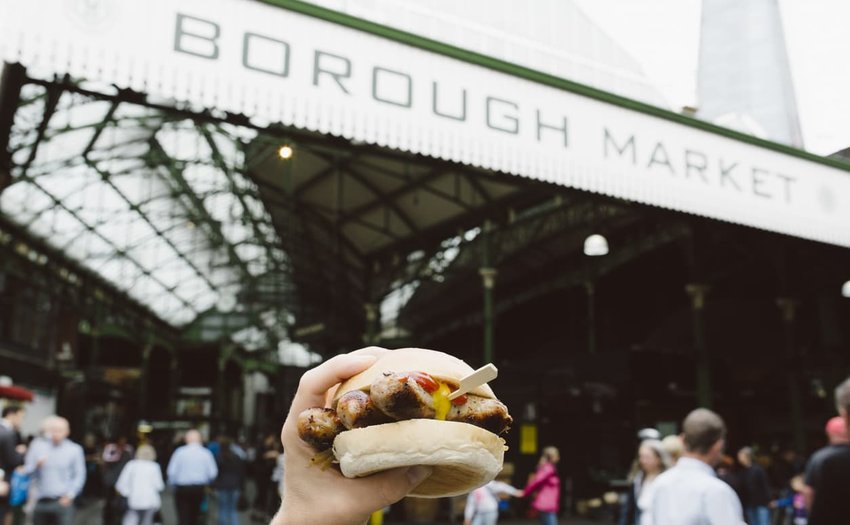 Eating well doesn’t have to involve Michelin-star dining. London’s a cosmopolitan city and those who’ve come to live here bring with them their own food. Brick Lane offers some of the best curries in the country, while Mexican street food chain Wahaca offers a seasonal menu which won’t break the bank.

Many of London’s markets offer free tasters and many have restaurants and cafés right by the stalls. Borough Market grabs all the headlines, but for a more authentic London foodie experience, head east to the Roman Road. The market’s open Tuesdays, Thursdays and Saturdays but eateries like Rinkoff's Bakery, founded by a Ukrainian Jew in 1911, are open every day. Typically East End dishes like jellied eels are cheap and filling, while those seeking to try traditional pie, mash and liquor will have to wait until G. Kelly’s, established in 1939, reopens this winter after its refurb.