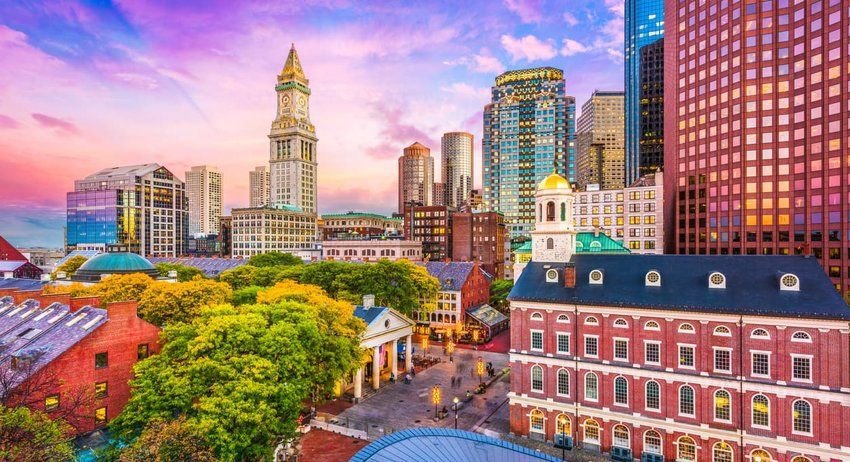 From Argentina to Denmark, the Netherlands and New Zealand, the microbrewery craze has taken the worldwide beer-drinking culture by storm. The U.S. is no different and craft beer producers are popping up in all corners of the nation. Gone are the days of walking into a bar and having to choose between a Budweiser or Miller Lite. Today, self-proclaimed connoisseurs of the amber nectar have thousands of variations of aromatic pilsners, creamy stouts, hoppy IPAs, and refreshing lagers waiting to tantalize their eager tastebuds. A beercation is now a thing so check out our list of the best cities to discover local craft beers.

This artsy city set in the foothills of the Blue Ridge Mountains lays claim to being the U.S. city with the most breweries per capita. It all started in the 1990s with the founding of the Highland Brewing Company, which was the catalyst for today’s 26 breweries. Legend states that the pH level of the mountain water makes Asheville the perfect place for brewing. Find out for yourself by partaking in a brewery crawl along the Asheville Ale Trail.

Mention Oregon and beer in the same sentence and you’ll be inclined to think about the hipster haven of Portland. Nevertheless, at the edge of the state’s Deschutes National Forest is Bend and its 20-plus breweries. Pick up a Bend Ale Trail passport and drink your way to a souvenir pint glass and bottle opener. You can hit the trail on foot or travel by minivan and horse-drawn carriage. And for the non-beer drinkers in your party, the city has some emerging distilleries and wineries.

Boston Beer Company put Boston on the brewing map in 1984 and continues to produce 60 styles of its world-famous Samuel Adams brand. Drop by to sample the goods of innovative brewers such as Harpoon and Trillium in the neighborhood where the real Sam Adams made American history. February’s annual Extreme Beer Fest presents the chance to meet over 120 brewers and try 400-plus brews. If that’s not enough, there’s at least 100 microbreweries spread around the state of Massachusetts.

Not only does it have a laid-back attitude toward marijuana consumption, Denver has one of the oldest-running and largest beer festivals in the USA. The Great American Beer Festival kicked off in September 1982 and attracts some 800 breweries. During the rest of the year, simply stroll around the RiNo district to discover a taproom or brewery on almost every corner. Look out for the award-winning Denver Beer Company and Great Divide Brewing Co in particular.

This former winner of the Beer City USA award is a superb option for beer fans touring the state of Michigan. Stroll into any of the bars and you’ll likely find a dozen taps pouring beers sourced from the 80-plus breweries located in and around city. History states that the first beer first appeared here when German settlers arrived in the 1830s. Founders and Grand Rapids Brewing Company make sure that this almost 200-year-old legacy continues to thrive.

Whether its beer, coffee, liquor, or wine, Seattle is the country’s undisputed drink capital. Almost a third of Washington’s breweries are based here and three quarters of U.S. hops grow in the nearby Cascade Mountains. IPAs are a local specialty, most notable at the Black Raven and Fremont beer companies. July’s 3-day Seattle International BeerFest is your gateway to classic pale ales and pilsners and beers from as far as Malta and Japan.