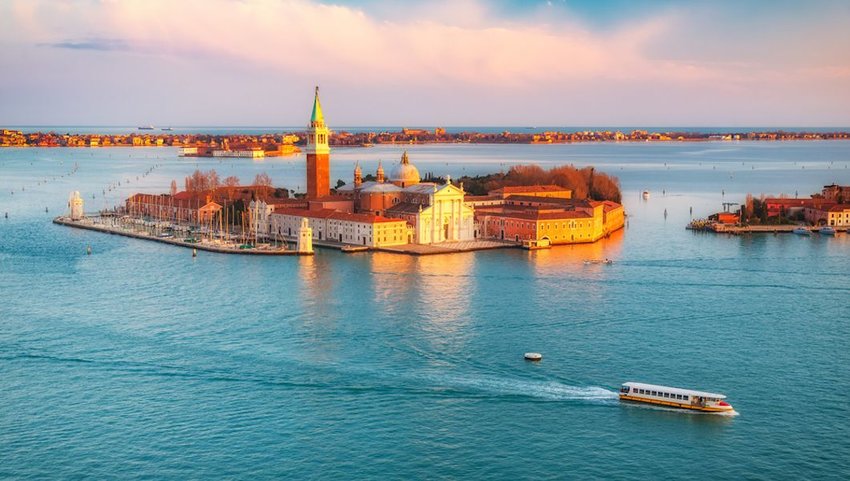 Where to Find the Best Hidden Spots in Venice

The Venetian authorities make headlines on a regular basis fighting back against the invasion of tourism that threatens the very heart and soul of their beloved city. That’s hardly surprising: the resident population numbers just 55000, fewer than the daily visitor average.

Travel in the summer and the reality can be far removed from the romantic image the city likes to promote. Temperatures soar, tempers flare and quite frankly, everyone could do with a bit more space to cool off. But the good news is that if you’re prepared to seek them out, La Serenissima still has a good number of under-the-radar attractions. The best bits of Venice are hidden – but here’s how to find them.

If you’re looking for a more authentic Venice away from the crowds, then the ancient Jewish quarter of Cannaregio might just be it. A jumble of old synagogues, Kosher bakeries and trendy wine bars, this is the place that coined the term ghetto — though the original term was very different. The area was previously used as a foundry, known as ghèto in the local vernacular, a term that became corrupted to the modern version of the word. At dusk, watch the sun set across the Ormesini canal from the perennially popular Al Timon restaurant. Before dinner service gets going, join the cicchetti crowd (never call it tapas when you’re in Italy) for a Campari spritz and chat about the day.

Take a stroll in search of Venice’s narrowest street: Calle Varisco measures less than 21 inches at its thinnest. It gets its name from the Varisco family who earned their living from the silk trade. Hot-headed and quarrelsome Giovanni Varisco was banged up in jail in 1488 after knifing another man. Three years later, his close relative Pietro Varisco proved to be just as violent, ordering the beating of a servant who had accused him of fraud. He too was put behind bars. Squeezing yourself into the confined space offered by this narrow street for a selfie is nothing in comparison.

Venice’s most iconic boat has been repurposed as a bookshelf inside the city’s most characterful second hand bookstore. Enter the shop and you’ll find a well-worn gondola inside. Packed with books of all descriptions, the store’s a veritable treasure trove. Out back, carry your chosen tome up a set of well-worn steps fashioned from – you guessed it – books to sit beside a tranquil canal and read the first few pages. Once you’ve decided to buy, prepare to shift the resident cat that usually reclines beside the till.

Hidden in plain sight next to the Rialto Bridge is the market of the same name. Selling fresh produce, it’s the perfect place to source the ingredients for a picnic. But don’t be in too much of a rush to leave. Tucked away down a nearby alleyway is what’s thought to be Venice’s oldest bar, or bacaro. Cantina do Mori attracts an eclectic crowd – market traders are as likely to be propping up the bar as curious tourists. Back in the day (this place has been around since 1462) it even attracted the infamous lothario Casanova, who was a regular. To blend in, ask for an ombra, Venetian slang for a glass of wine; the nickname originates from the custom of drinking wine in the shade.

The campanile of San Giorgio Maggiore has one big advantage over its neighbor across the water at the edge of St Mark’s Square – the view. Hop on a vaporetto across the water and ascend the elevator to this attractive belltower for breathtaking views of the city’s most famous landmarks, including the San Marco basilica and the Palazzo Ducale. Actually, make that two big advantages – you’re unlikely to have to queue on this side of the water either.

To really get off the beaten track in Venice, you have to get out into the lagoon. While Murano and Burano heave with bodies, there are still plenty of islands that offer space to breathe. Torcello’s day trippers come to admire the mosaics in the Basilica di Santa Maria Assunta and attempt to cross one of only two bridges without parapets in the city, the Ponte del Diavolo, without falling in. (Incidentally, you’ll find the other open-sided bridge in Cannaregio; it’s called Ponte di Chiodo.)

The residents of Pellestrina live outside, gossiping about the football or cooing over newborns. Fishermen with gnarled fingers and lined leathery faces mend nets ready for the next outing, while lace makers work on something altogether more delicate. This is real life, a far cry from St Mark’s Square and the bustle of the Grand Canal. If you love exploring on two wheels, you’ll be delighted to learn that Pellestrina is cycle-friendly, but two feet will do just as well.