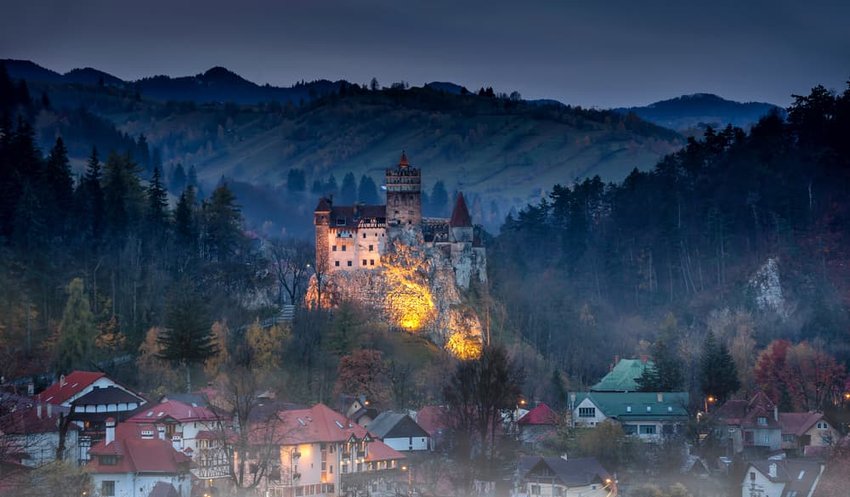 Where to Celebrate Halloween Around the World

For many of us living in the Northern Hemisphere, the month of October is the time of year when we look back longingly on summer and forward with apprehension to Christmas coming. But as the air turns crisper and the leaves begin to elegantly change color, there’s something else that it offers for all ages — Halloween. Whether you want to take the kids trick-or-treating, throw an elaborate party, light a bonfire, or embrace ancient pagan rituals, these are our picks for the best cities to celebrate Halloween around the world.

Popular belief is that the origins of Halloween come from the Gaelic pagan festival of Samhain. This event marked the end of the harvest and the onset of the darker period in the calendar year. During this period, the dead were rumored to come back and haunt us mortals. Where better to experience this spooky holiday than the city of Derry in Northern Ireland? The family-friendly Banks of the Foyle Halloween Carnival runs for nine days and you can expect everything from costumed parades to guided ghost tours, haunted houses, and horror movie screenings. Don’t miss the Dragon Safari, where giant dragon footprints appear in St. Columb's Park.

Although it's not a hugely popular city in France, Limoges is putting itself on the Halloween map as a place to delight in spooky spectacles. Since 1996, the city's Halloween Parade has lured thousands of tourists that dress up and make their way around the city’s cafés and nightspots. Limoges is also famous for its trademark Limoges porcelain and manufacturers take pleasure in creating special edition pieces to reflect the celebrations.

Mardi Gras is by far the New Orlean’s most-loved celebration, but the Halloween festivities are just as entertaining. The historic French Quarter is bathed in mystery as are the city's cemeteries and you can learn more on ghost tours of both. Locals and tourists alike dress up in costumes for the Krewe of Boo parade and there’s even a zombie run in the weeks leading up to the main event. For more family fun activities, there’s the Halloween weekend Voodoo Music and Arts Experience and activities at the zoo.

Mexicans celebrate the Day of the Dead (Día de los Muertos) and for three days starting October 31st, the country turns into a flamboyant carnival. The root of the celebrations can be traced back to pre-Colombian times, when ancient civilizations honored the passing of their ancestors. You’ll find cities nationwide that embrace these rituals, but if you have to pick one then choose the Oaxaca Día de Muertos. Hundreds of altars, flowers, skulls, and skeletons decorate the streets, sand tapestries portray mortuary customs, and market stalls sell themed souvenirs. Head to the Zócalo main square for the biggest parties.

Make your way to this village on the Hudson River in New York at any time throughout October to encounter mysterious and Halloween-inspired activities. Washington Irving’s gothic tale The Legend of Sleepy Hollow was based here and you’ll be looking over your shoulder for the Headless Horseman. There’s numerous places to get spooked here such as the Old Dutch Burying Ground cemetery. At Lyndhurst Castle, you can meet the spirits of popular movies, novels, and stage shows. And Blaze is a two-month-long exhibition of 7,000 hand-carved jack-o’-lanterns.

A mere mention of Romania’s Transylvania region will bring eerie thoughts to most. This comes at little surprise when you think that Vlad the Impaler supposedly lived at Bran Castle and Bram Stoker used the fortress for his gothic horror Dracula. Bran Castle is a daunting experience at any time of the year, but the Halloween Monster Party will really test your nerves as legends come to life. The torture chamber is a must-see experience that's guaranteed to give you chills. Stick around for the Halloween After Party and dance until dawn in the castle grounds with other costumed revelers.