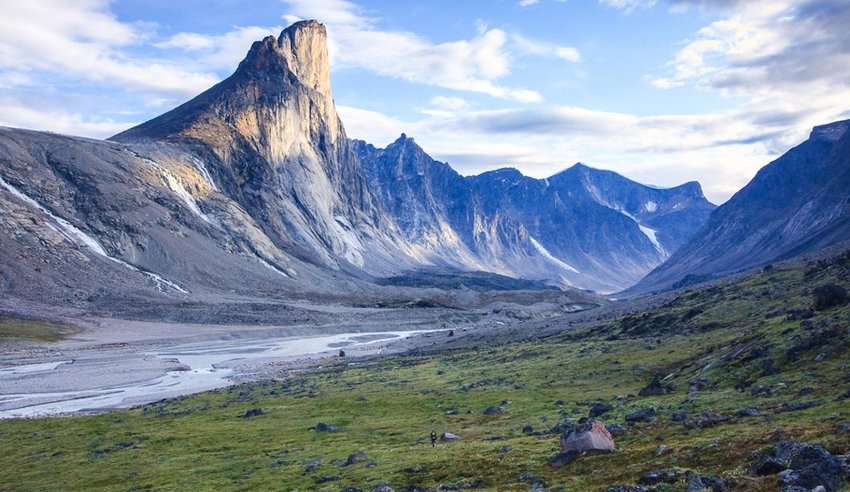 5 Arctic Islands Worth Traveling To

Travel to cold weather destinations is on the rise — especially in polar regions. Thanks to a serious boom in tourism to Iceland in recent years, travelers are hungrier than ever to visit other arctic destinations. If you’re considering an island getaway, skip the palm trees and rum cocktails and instead pack your thermals and down jacket and head north. Here are five arctic islands worth traveling to.

Baffin Island is the largest island in Canada and one of the largest in the world. Hop on a Zodiac, which gets you to spots that larger ships can’t reach. You might see polar bears along the shore, walrus poking their heads out from the water, and sea birds flying overhead. On the island, take the opportunity to learn about Inuit culture, go dog sledding, and more. During the dark winter months, there’s a good chance of catching the Aurora Borealis. If you visit during the summer months, you will have close to 24 hours of sunlight.

The Svalbard archipelago is a popular destination for travelers visiting Norway. Spitsbergen is the largest island in the archipelago, and is easily reach via cruise or flight from Tromsø or Oslo.

Depending on what you want to see and do, there are three main seasons in Svalbard. Polar summer is between mid-May and the end of September, and this is when you’ll experience the midnight sun. Winter, which runs from the beginning of October to the end of February, provides the best chance of seeing the Northern Lights.

Many of the outdoor activities take place during the sunny winter, which is from March to mid-May. You can ski, kayak, dog sled, ride snowmobiles, and more. When it comes to wildlife, keep your eyes open for polar bears, walrus, Svalbard reindeer, and plenty of arctic birds.

Greenland is the largest island in the world, and it's the spot to visit if you want to see the only permanent ice sheet outside of Antarctica. Greenland currently gets a fraction of the tourists that Iceland does, so now is the ideal time to plan a holiday here. Because roads between towns are virtually non-existent, and there's no railway or inland waterway, your main options for exploration are flying between destinations or a  icy cruise.

Due to its size, if you opt for a Greenland cruise, you’ll primarily explore either a portion of the west or east coast. Start with the colorful houses of Nuuk and sail up the west coast, experiencing icebergs and keeping your eyes peeled for wildlife such as polar bears, whales, seals, arctic foxes, walruses, and more.

This area has been relatively untouched for centuries and may be the last place on earth where woolly mammoths roamed free. Access to Wrangel Island is very limited and cruises only visit when the conditions allow in July and August. You can only reach Wrangel Island on a fortified, ice-breaker ship that is fully licensed and properly equipped to transport passengers.

Jan Mayen Island is another gem you might find as a stop on your arctic cruise through the Svalbard archipelago. It’s nearly 350 miles north of Iceland, well into the Arctic Circle. Jan Mayen is a small island with mountainous terrain and is now a protected nature reserve. You won’t find towns and villages here. In fact, less than 20 Norwegian military and Meteorological Institute staff rotate in and out and they make up the island’s sole inhabitants.

If conditions are favorable to visit Jan Mayen, you’ll see the majestic Beerenberg stratovolcano and glaciers that look like they spill into the sea. A Zodiac will take you around the island looking for wildlife and pointing out the abundant varieties of seabirds that call Jan Mayen home.