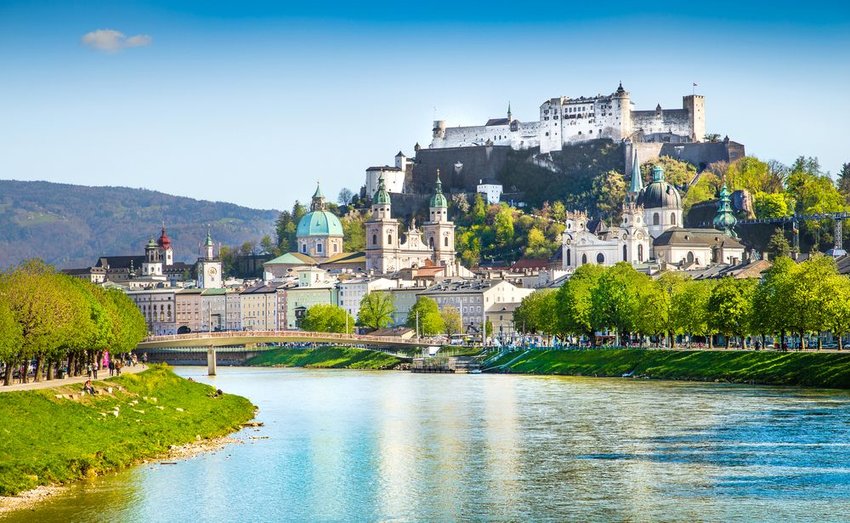 8 Adventurous Day Trips Around the World

Booking a city break doesn’t have to be confining. When you’ve had your fill of museums, galleries and urban parks, head out of the city for something a little different. Our roundup of the most adventurous days out will give you plenty of ideas for the most exciting day trips around the world.

You don’t have to travel far from the city to be surrounded by nature. Rent a car for the day and head down to Boulders Beach to visit the adorable African penguins, nicknamed "jackass penguins" on account of the distinctive braying noise they make. The boardwalks leading to Foxy Beach get you the closest to these comical creatures. To get there, take the scenic route and follow the thrilling Chapman’s Peak Drive, a narrow coastal highway flanked by the ocean on one side and tall cliffs on the other.

Sydney’s unarguably one of Australia’s most attractive cities, but if you can bear to drag yourself away, the outstanding natural beauty of the Blue Mountains can be reached in just a couple of hours by train or car. Views of the iconic Three Sisters, as well as Katoomba Falls, are outstanding from the Scenic Skyway gondola. Nearby you can also ride the world’s steepest incline railway. But one of the greatest pleasures is simply to hike one of the many trails. With convenient point to point transfers provided by hop on hop off buses, there’s no excuse not to give your walking boots an Aussie workout.

From Beijing … Walk a Stretch of the Great Wall of China

Though many tour groups head for the conveniently-situated Badaling stretch of the Great Wall of China, make the effort to travel slightly further to Mutianyu. Still only 40 miles outside the Chinese capital, the crowds thin significantly at this portion of the wall and you’ll have a much better experience. This well-preserved section of the ancient fortification features 23 watchtowers in 3.4 miles, some of them unusual in design. But go easy on your calf muscles — catch the cable car to the highest point and stroll down.

From Salta … Walk on an Argentinian Salt Flat

Though the Salar de Uyuni across the border in Bolivia is larger, nothing beats the bragging rights of saying you took a llama for a walk to Argentina’s Salinas Grandes. It’s doable in a long day from the northerly city of Salta, though most people do it as a side trip from the nearer tourist hub of Tilcara. Stop off at a remote farm to harness your llama and load up with the gear you need for lunch. Together with your guide, lead your cute traveling companion out onto the salt flat until you reach one of the area’s breathtaking high altitude lakes. There, let your furry friend rest while you soak up the incredible views and munch on tasty food.

From Salzburg … Go for Thrills While Canyoning

The Austrian city of Salzburg is usually associated with Mozart and the Sound of Music, but the mountains which surround it are an adventure seeker’s playground. With 17 jumps of up to ten meters and the chance to swim through a narrow gorge, Strubklamm is one of the most demanding canyons in the area. The Alpbachklamm canyon is more suited to novices, with smaller jumps that can be abseiled instead if you lose your nerve. Prepare to get wet – and have a ton of fun in the process.

From Lima … Fly Over the Enigmatic Nazca Lines

How an eclectic collection of pre-Columbian geoglyphs came to be etched into the Atacama Desert is a mystery that many have attempted to explain, though no definitive answer has yet been agreed. The dry, windless climate has perfectly preserved these curious images in the rock. See the monkey, astronaut, condor, hummingbird and more from the window seat of a 12-seater Cessna light aircraft. The view of this UNESCO World Heritage Site from the air is an incredible sight.

From Naples … Explore the Ruins of Pompeii

Catch a train from Napoli Centrale and travel back in time to a Roman city lost to a devastating tragedy. In AD 79, Mount Vesuvius exploded, sending a deadly pyroclastic flow right in the direction of Pompeii. It was hidden under a thick layer of ash and pumice until the mid-18th century, but today the painstaking work of countless archaeologists reveals its secrets. From ancient brothels to cart ruts worn into the road, a visit to Pompeii is a fascinating glimpse into what life would have been like almost 2000 years ago.

From Nairobi … Seek Out the Elephants of Amboseli

Early risers, it’s worth setting out before dawn from the Kenyan capital for a day safari. Amboseli National Park is known for its large elephant population so you have an excellent chance of seeing at least one of its herds. Against a backdrop of snow-capped Mount Kilimanjaro, this is a bucket list view. While you’re there, you might also spot wildebeest, zebra, buffalo, gazelle and even cheetahs and lions. If you can’t drag yourself out of bed until the sun comes up, pay a visit instead to the Sheldrick Wildlife Trust’s elephant orphanage to watch rescued babies take their morning milk bottles from the attentive keepers.