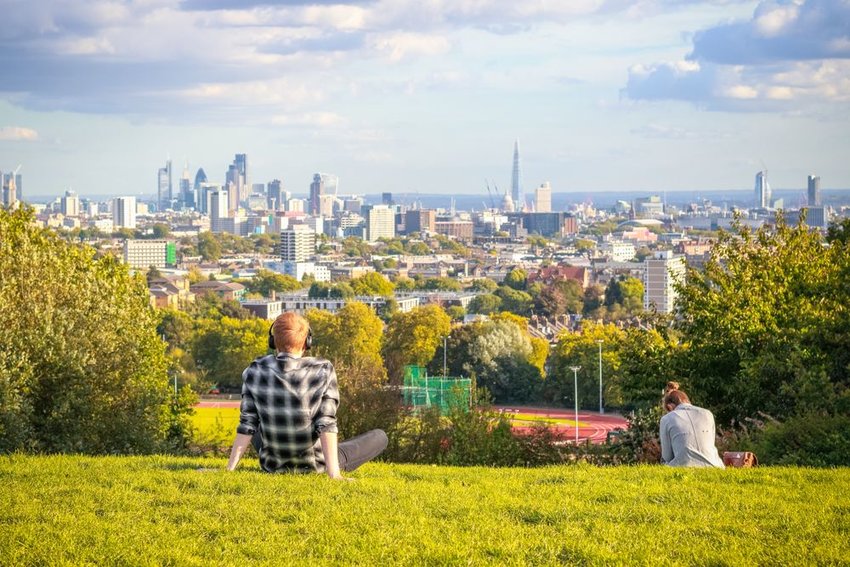 A Local’s Guide to Underrated Spots in London

London’s a world-class city — no doubt about it. If you’ve been fortunate enough to visit or grew up nearby like me, then chances are you’ll have already ticked off the city's most famous attractions like St. Paul’s Cathedral, Big Ben, and Buckingham Palace. But what about those attractions that remain resolutely under the radar? If you want to seek out parts of the British capital that most tourists overlook, here’s a local’s guide to underrated spots in London.

Museums in London aren’t in short supply, but this one’s a little different than your average history museum. Above ground, there’s a fascinating collection of exhibits telling the story of how the postal service developed from the days of mail coaches and highwaymen to the mail carriers of present day. Dress up in period costume and take a look at a sheet of Penny Blacks, the first adhesive postage stamps. The real treat lies just across the road, in what was once the engineering depot of Mail Rail. Board a subterranean miniature train and take a ride along a 100-year-old railway, listening to the stories of those who worked on it along the way.

The leafy suburb of Hampstead attracts plenty well-heeled celebrities. Nevertheless, those in the know don’t come to this northerly corner for star-spotting unless it’s to gaze at the sky from the neighborhood observatory. If anything, the views are even better in daylight. Climb the hill from the High Street to the Heath and sit on a bench picking out the easily recognizable landmarks that form London’s iconic skyline. Between the two, you’ll find the homes of architect Ernő Goldfinger, who inspired a Bond villain, and John Keats, who inspired a nation of romantics. Look out for the grave of clockmaker John Harrison, who solved the problem of measuring longitude.

Ask visitors to name a London market or two and you’re likely to hear Borough Market, beloved by foodies, or perhaps Portobello, which draws antique-hunters to Notting Hill. But on a Sunday morning, head east to Columbia Road Flower Market in the heart of London’s East End. This bustling flower market transforms a normal street into a lush oasis, where you can buy everything from bedding to banana plants. But that’s not the only attraction. Columbia Road is packed with stores selling vintage clothing, home décor, and jewelry, as well as a liberal scattering of cafés and restaurants.

One of the great delights of the English countryside is chugging through it on a canal boat or walking along the towpaths while others leisurely cruise past. Now what if I told you that you can find that in the heart of London, a stone’s throw from busy Camden Lock? Little Venice is perfect if you just want to escape the hubbub for a short time without straying far from the center of the capital. Named by poet Robert Browning, the mansions and tree-lined paths of Little Venice link the Grand Union Canal to Regent’s Canal. They meet at a triangular pool where you’ll find a few floating cafés and sometimes, a puppet theater barge. Be sure to take a picnic.

It’s no secret that London’s a cosmopolitan city, but the westerly neighborhood of Holland Park takes that to a whole new level with Kyoto Garden. This delightful oasis contains all the elements you’d expect from a Japanese garden — from stone lanterns to tiered waterfalls. You might even encounter a colorful peacock out for a stroll. As in Japan, the best seasons to visit are spring and fall for the cherry blossom and autumn foliage, although it’s beautiful any time of year.

If you’re looking for somewhere with bags of character, then make a note to visit Spitalfields, best known for its covered market. This East End spot gets its name from the St. Mary Spital, a hospital founded in 1197. The area has long been a magnet for immigrants. French Huguenots fleeing Louis XIV brought with them the art of silk weaving. Irish linen workers, Jewish refugees, and more recently Bangladeshis, soon followed. As a result, today, this is the place to lunch on a salt beef bagel or dine out at one of Britain’s best curry houses. Nearby, you’ll also find the Truman Brewery. Beer making has been confined to the history books, but the building has been repurposed to house vintage clothing stores. Other attractions in the area include famous street art, the 18th-century Dennis Severs House, and walking tours to the sites where Jack the Ripper conducted his grisly murders.