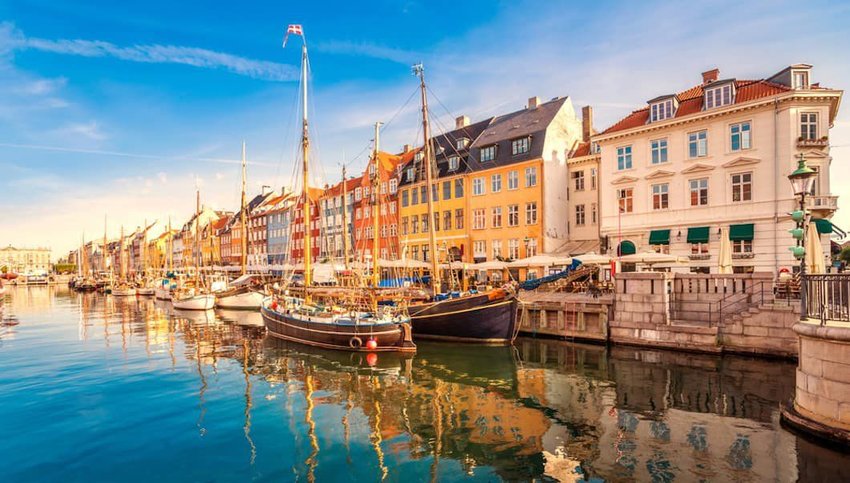 9 Tourist Destinations That Clear Out in the Summer

Rising temperatures and a break from work or study can strip places of their populations in June, July and August. No matter – if they’re on your bucket list, they are still worth going to visit. Here are nine touristy destinations that clear out in the summer.

The long standing tradition of Juillettistes and Aoûtiens (those who take their vacations in July and August) has resulted in Paris getting a reputation for closing down in summer. Of course, that's not the whole picture: major tourist attractions will remain open, as will businesses large enough to cover holidays. But in some of the residential arrondissements, you'll still see the closed signs on doors of neighborhood bakeries and the like, so when researching accommodation, choose your location with care.

In June, July and August, temperatures in Dubai regularly top 100°F. Rainfall is rare and the city bakes without respite until the autumn. It's a time when some Emiratis fly off to cooler climes, London being a particular favorite. If you're able to cope with the heat, then hotel prices can be very reasonable and there are plenty of air conditioned visitor attractions to keep you entertained. For the ultimate injection of cold, head to the Mall of the Emirates, where you'll find Ski Dubai.

The Danes take their holidays seriously and it's enshrined in law that workers have the right to what’s called “Ferieloven”, five weeks of vacation augmented by a generous allowance of public holidays. During the main holiday period, which stretches from the beginning of May to the end of September, most people use three of their five weeks, with a good number opting to take them as a single block. Cities like Copenhagen then tend to clear out as locals head on their vacations.

England's most famous university city has plenty of summer capacity when its students take a break after their final exams. The good news is that many of its colleges open their doors to travelers looking for a central bed for the night. Get a taste for what it's like to study in the city and spend your days touring sights like the Bodleian Library, Radcliffe Camera and the mediaeval cloisters and manicured lawns of its historic colleges. Summer's also the perfect time to enjoy a boat trip on the River Thames.

Late summer signals peak hurricane season and through much of the Caribbean that means its low season. In popular destinations such as Antigua, Saint Lucia and Barbados, visitor numbers shrink and the islands feel relatively empty, devoid of their winter crowds. But unless you're unlucky, the rains generally fall in bursts in the afternoons, leaving the rest of the day yours to explore.

Emerging destination Qatar sees an annual exodus of population, with citizens escaping the summer heat until its schools go back in September. Take advantage of a quieter Doha, the nation's capital, to visit attractions like the highly photogenic Museum of Islamic Art and grab a snapshot of the city's rapidly changing skyline from MIA Park. In the cool of the evening, head down to Souq Waqif for a bite to eat and to browse the market for souvenirs.

Heat and humidity combine to create a reason for New Yorkers to escape Manhattan for the summer — or at least for the weekend. The New York Times gathered statistics from a number of city organizations that support rumors of this exodus. The MTA reported ridership on the subway dipped by half a million in August; the parks departments found that their pools had a 40 percent decrease in swimmers between July and August. Local visits to museums like the Metropolitan Museum of Art typically fall by about 20 percent, good news for visitors.

Greeks take most of their vacation allowance in the summer months and the exodus is particularly evident from Athens in August. If you're planning to catch a ferry to the islands, plan to arrive at the port of Piraeus especially early as you'll have to queue. If you're staying in the city, get an early start to make the climb the Athenian Acropolis to see the Parthenon. Then descend and chill out in the shade of one of the pavement cafés that line the cobbled streets of the Plaka district.

Since the 1990s, the number of summer visitors to this photogenic part of the Alps has been well below that of the busy winter ski season. Those in the know (mostly Germans and the Dutch) head there for excellent hiking in the fresh, clean mountain air. The region’s pretty towns and villages are perfect for relaxing with plenty of places to drink coffee and eat cake afterwards.