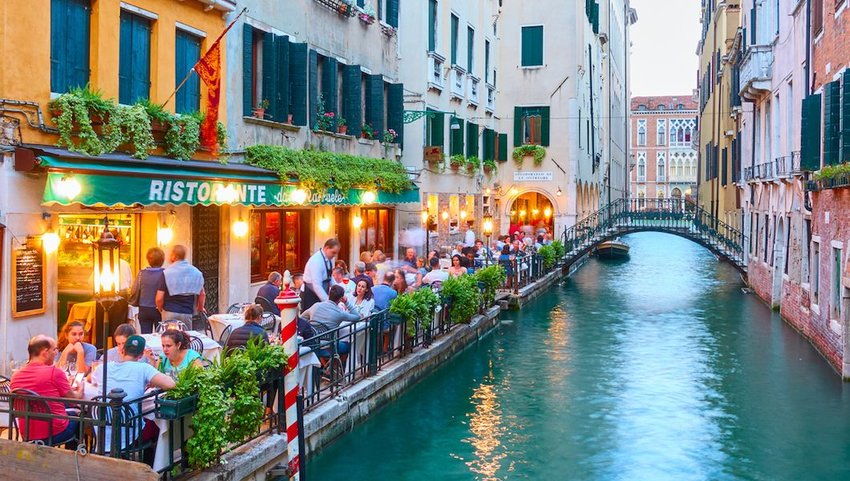 9 Things to Avoid on Your First Trip to Europe

Your first trip to Europe should be an exciting time — not something to over-stress about. Although many European countries have a lot of similarities to the United States, there are still some cultural differences to be aware of. If it’s your first trip, there may be things you haven’t considered avoiding. From crowded tourist traps and destinations to common travel and etiquette errors, check out the following nine tips about what to avoid during your first trip to Europe.

It’s a no-brainer that you need a passport to travel abroad, but did you know some European countries have rules and limits? Even if your passport isn’t expired yet, you could still be turned away by border security. In some countries, a passport must be valid for at least three or six months after your intended travel date. If your passport expires in two months at the time of travel, for example, you might not be able to board your plane. Popular destinations with such rules include Italy, Spain, Greece, and France. Refer to the U.S. Department of State for more details.

While Americans flock to cabs and ride-sharing alternatives such as Uber and Lyft, most European cities have very reliable public transportation. Take some time to research your options before you arrive since you might be able to save a lot of money by opting for a train, subway, tram, or local bus.

European cities are also usually very walkable, so if you can, save even more money and just walk to your destination. Staying in a central location downtown is also a great way to save money on transportation fees.

The tipping culture is huge in the United States, but some European countries prefer less generous tips or don't recommend tipping at all. Tipping etiquette varies by country, but typically a 10 to 15% service charge is already added to your final bill. You aren’t expected to pay an extra tip unless the service was incredible — then you can add a few extra euros. Do not tip 20% as you would in the U.S. It'll save you money. If a service fee isn’t included and you aren’t sure if you should tip or not, giving a 5-10% cash tip is a good rule of thumb. When in doubt, ask a local for standard tipping etiquette.

This tip is especially relevant for big cities with lots of tourist attractions. While everyone else is rushing to the same museums, monuments, and restaurants, ask a friendly local for advice on what to do next. If you feel odd walking up to a stranger on the street, ask an employee from a nearby museum or shop about where to eat or what their favorite sight is. These local recommendations will give you more authentic travel experiences. This also helps avoid crowds and you’ll likely save some money since most tourist attraction prices are inflated.

This tip is especially relevant if you’re traveling to a small or less popular European city. Stores and restaurants might be closed during the afternoon to ensure employees can have lunch and a nice break. This is especially common in Spain where an afternoon siesta is a big part of the culture. Other countries have similar routines such as Italy, Greece, France, and Cyprus. In countries like France, the museums and shops close for lunchtime and the cafés and restaurants remain open until late afternoon before closing a few hours before dinner. However, in heavily-trafficked tourist areas, the entire city won’t shut down and you’re likely to find something open. When in doubt, check the store or restaurant hours online or give them a call before you head out to your destination.

We would never tell you not to visit Paris, France, but it is one of the continent's top tourist destinations. In fact, France is the most-visited country in the world. Going in with open eyes and a clear plan to avoid crowds is not a bad idea.

There is much more to do in this wonderful city than wait in line for hours to climb the Eiffel Tower. Save time and money by avoiding the typical tourist attractions and get off the beaten path. Instead of waiting in line at the Eiffel Tower, go to the terrace on the Arc de Triomphe for panoramic views of the city with a shorter wait. If the crowds are too much at the Mona Lisa Exhibit in the Louvre, don’t sweat it. Although beautiful, the painting is quite small and hard to see in a large crowd. See other famous exhibits at the Louvre instead or visit one of the many art and history museums in the city.

In general, exchanging cash when you arrive in Europe is better than doing so in the U.S. as it lets you avoid higher exchange rates. Airports in Europe will have ATMs for you to withdraw from when you land. However, using your credit card at an ATM for local cash is typically expensive due to conversion fees that are tacked on to your withdrawal cost. Still, it makes sense to keep a small amount of local cash on you in case of an emergency.

For the most part, the cheapest way to pay for something will be to use your credit card directly. This method typically has the lowest conversion rate. Check with your credit card issuer before you leave for international fees. If you’re exchanging cash before you go or traveling to multiple European countries, keep in mind that not all countries use the euro. For example, Switzerland uses the Swiss franc.

As tourists continue to flock to Venice, Italy, local restaurants and shops get away with overcharging for food, services, and souvenirs. Try to research a restaurant before you go in by reading reviews and prices, so that you're not shocked by your bill. In a report from CNN Travel, tourists were unexpectedly charged $653 for a light lunch for three people and another group was charged $1,366 for a dinner for four. This isn't just a problem in Venice, though. You'll find plenty of restaurants and hotels upping their prices, especially around major tourist attractions. Ask a local for recommendations, use an online review site, or just go the extra mile to get away from tourist traps so that you don’t fall into this costly trick.

Don’t Be Let Down by Local Etiquette

In the U.S., it's common to smile or have small talk with a stranger. In some European countries, this is seen as unusual behavior and you might not get the response you expected. Proper etiquette varies across Europe. Some cultures are overly-enthusiastic and others are more reserved. One common complaint from tourists is that the French — particularly Parisians — are unfriendly. But in reality, they're just more physically reserved than other cultures and it's not normal for them to greet everyone with a big smile.

On the other hand, if you visit a small European city, you might stand out and get a lot of attention from the locals and be asked many questions. Expect either scenario during your trip and try to go with the flow. A quick tip — learn a few phrases in the local tongue. The locals will appreciate the gesture and it can be useful if you have a question.