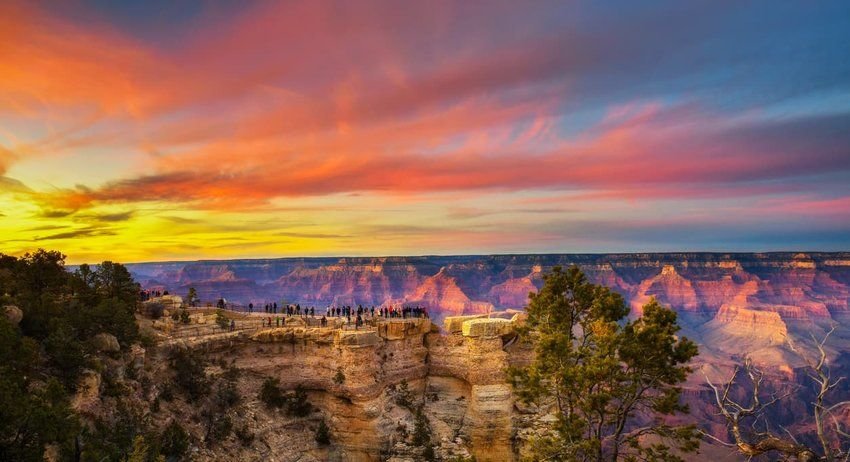 9 Best Spots Around the World to Watch a Sunset

Watching the sunset can be a bit of a lottery. Clouds in the sky add interest, but too many and it’ll be a washout. Some evenings the sun flames as it draws its last breath, yet other times an insipid sky is all the reward you’ll get for your patience. Nevertheless, we love to take a chance in the hope of being rewarded by a blood orange sky. If you do too, here are nine of the best spots to watch the sunset around the world. 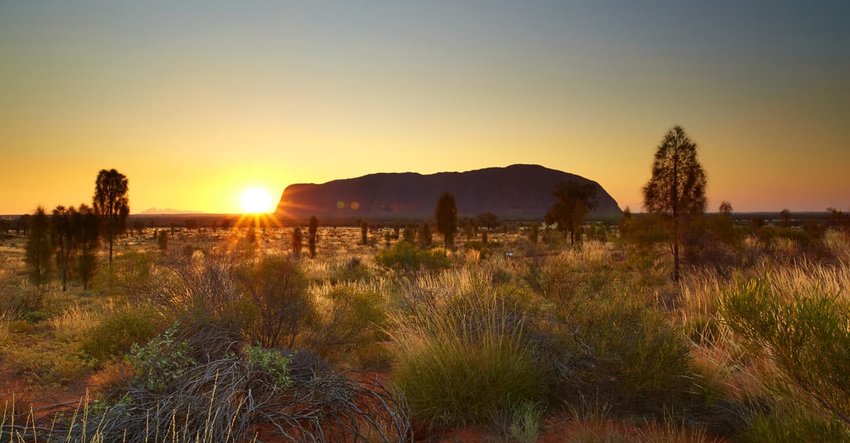 This hulk of a rock draws a crowd to watch the terracotta illuminate into a glorious orange before fading to a deep red and then mauve and finally dissolving into the inky black of night. Make your way to Talinguru Nyakunytjaku, a lookout point that provides a panorama of both Uluru and the nearby Kata Tjuta, an equally impressive natural landmark. 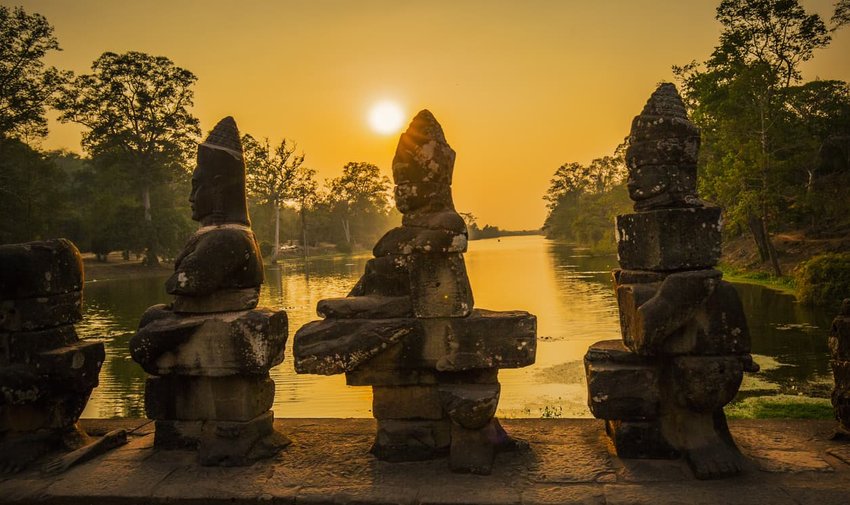 Phnom Bakheng is the popular choice for those wishing to see the sun fall behind Cambodia’s famous archaeological park. This hilltop site can get crowded, but that adds atmosphere to the proceedings. The sprawling Angkor Thom complex with the giant faces of the Bayon is stunning when bathed in the warm glow of late afternoon. For something a little different, take a trip to the Tonle Sap and watch the sunset reflected in its water. 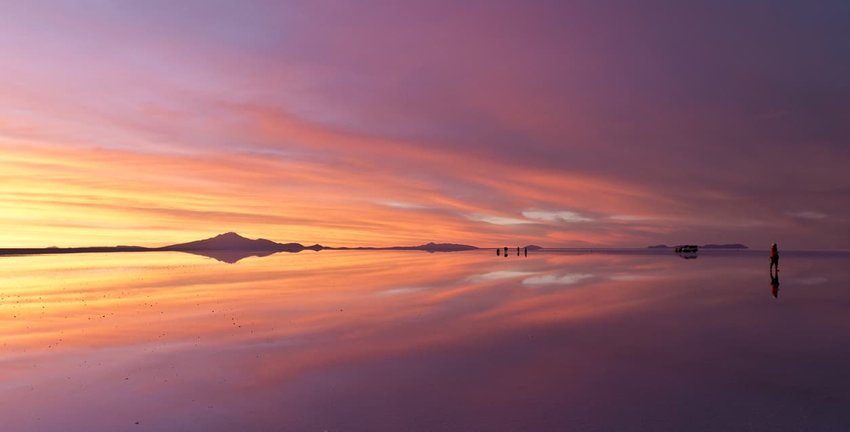 This one’s a seasonal choice, as the best sunsets in this white wonderland are to be captured in wet season. For a few short months at the beginning of the year, rains fall over the salt flats, leaving lakes and ponds scattered across the vast crusty expanse of salt. Head towards the salt hotels at Colchani and park up for this Andean nation’s greatest showstopper. 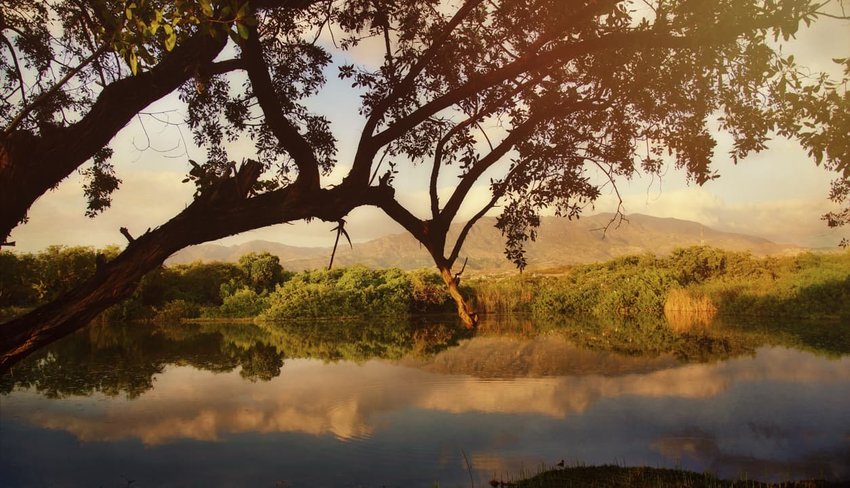 Marvelous sunsets are plentiful across the Caribbean but it’s a whole different ballgame trying to keep one to yourself. Pointe Sable, on Haiti’s southern coast, takes some effort to reach, but the grueling trip will be rewarded with a magical sunset from a pristine white sand beach. Expat aid workers congregate at weekends so time your visit for a weekday and enjoy the solitude while it lasts. 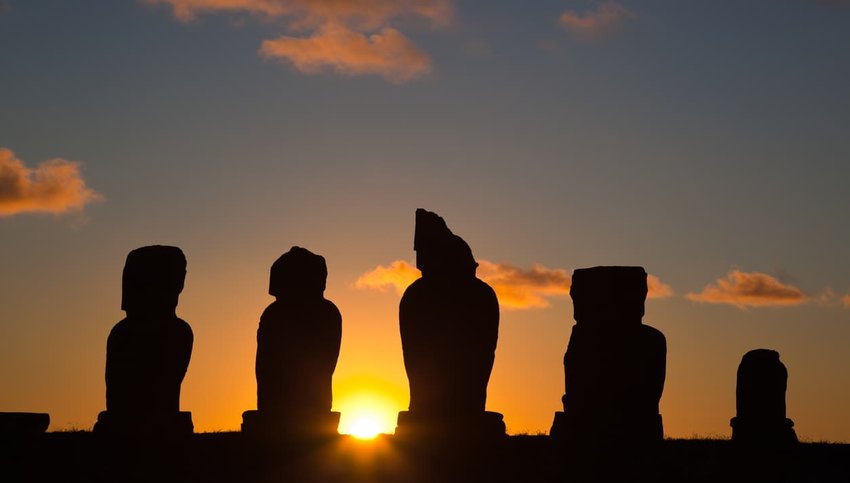 Hanga Roa’s clusters of moai don’t compete with the superior sites further north – except at sunset. Pack a blanket and pick your vantage point on the meadow in front of Ahu Vai Uri at the ceremonial complex of Tahai. The five standing stones perch on a cliff top overlooking the Pacific Ocean blacken to a photogenic silhouette as the sun slips below the horizon.

Though Iceland is better known for the colorful spectacle that happens after the sun goes down, the Nothern Lights aren't the only worthy natural phenomenon. When the sun sets over the stunning Jokulsarlon Glacier Lagoon, the colors reflect magically on the ice blocks and glaciers. Bundle up against the cold, because this is one view that's worth the freezing temperatures. 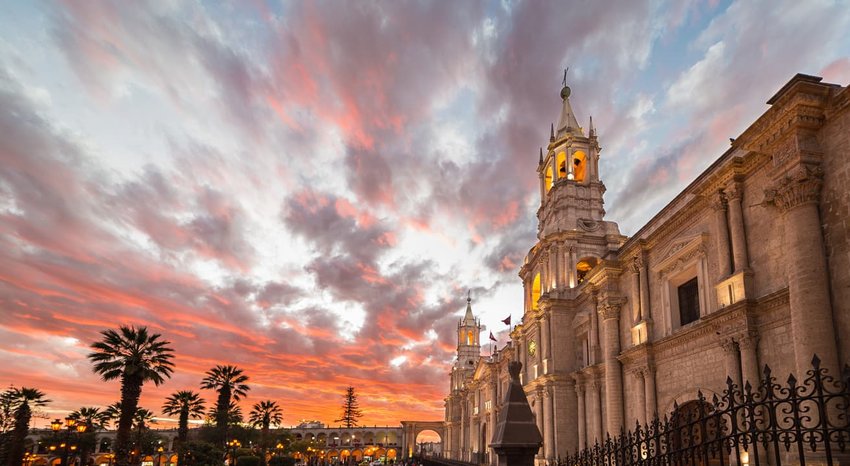 The sillar stone arch at Yanahuara, one of Arequipa’s prettiest suburbs, frames Misti Volcano. At the end of the day, the sun sets behind Misti, turning the sky a vivid palette of pinks and purples. Twenty minutes away that same light turns Arequipa’s beautiful cathedral the same shade of candy floss pink, and locals and visitors alike flood into the Plaza de Armas to savor the sight. 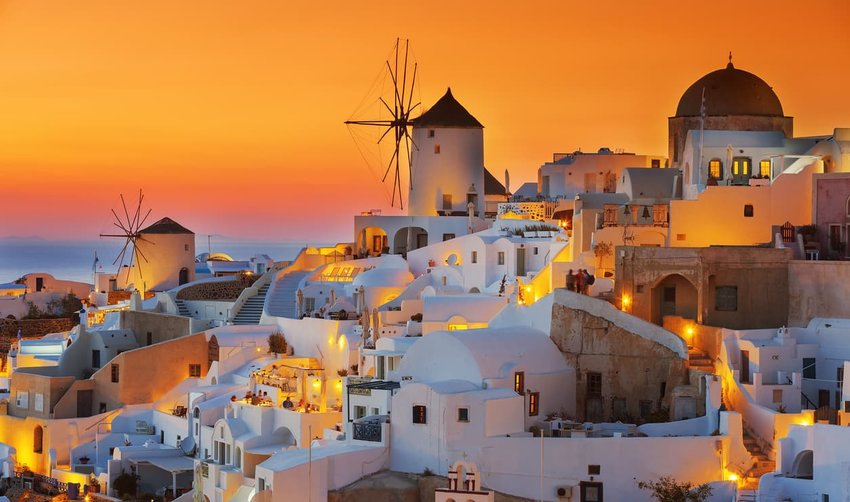 Selfie stick-wielding tourists come out in droves to grab an Insta-worthy shot of Greece’s prettiest sunset. Oia village is justifiably popular, its whitewashed houses tumbling down the steep walls of the caldera to add texture and depth to that picture postcard image. For something a little different, try Skaros castle, left in ruins after a 19th-century earthquake, which blackens to a dark fortress as the sky reddens. 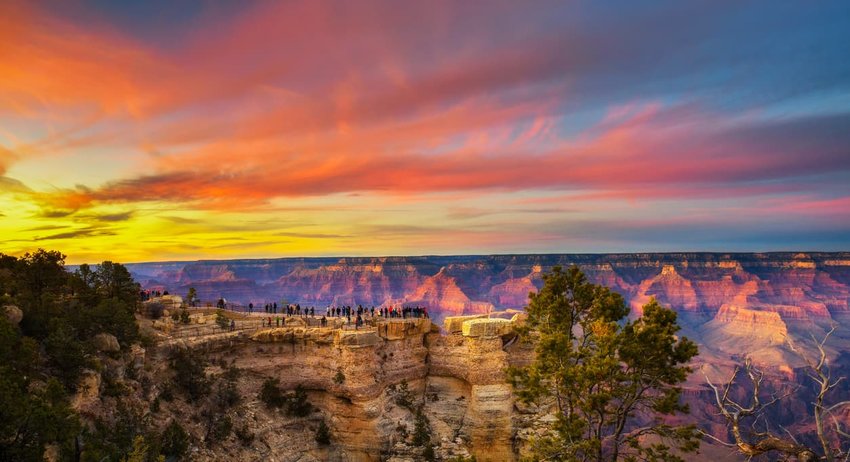 The plunging canyon cut by the mighty Colorado River is a breathtaking sight at any time of day, but at sunset it’s epic. Hopi Point’s one of the best spots on the South Rim to snap the drama of a Grand Canyon sunset, though it’s no secret and you won’t be alone. For a more off beaten track experience, try the Cape Royal Trail on the quieter North Rim. But perhaps most stunning of all is Horseshoe Bend, where the river’s pronounced meander elevates the whole sunset experience to something equating to paradise.