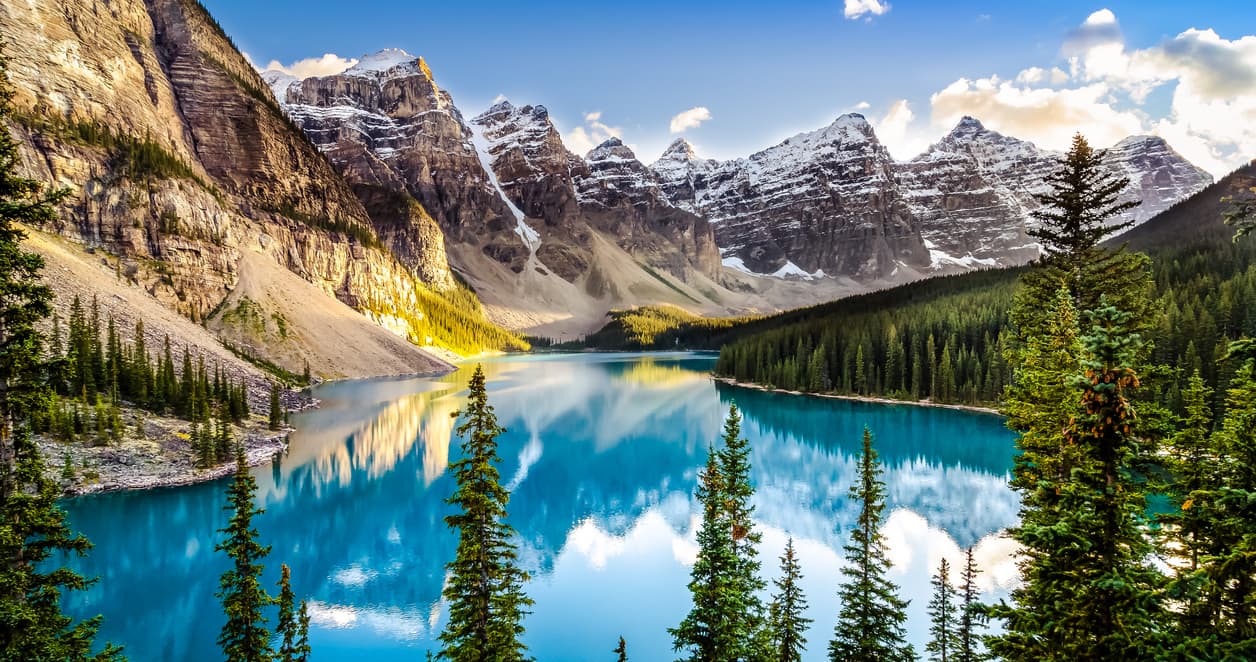 We are defined by our heritage, and all over the globe there are the places in which we live, that our ancestors built and cultivated ages ago. These historical and cultural sites are so central to our society, that they are protected by international treaties so that future generations can explore, understand, and learn from our collective past.

Today, there are more than 1,000 globally-recognized World Heritage Sites that UNESCO has deemed as having "outstanding universal value.” Being named a UNESCO World Heritage Site means that these areas are vital to the local culture and/or environment, and are some of the world’s most fascinating places to visit. Some, such as the Grand Canyon or the Great Wall of China, are very well known, while others are far less visited but just as spectacular. Want to be “wowed” with a trip of a lifetime? Check out these 8 stunning UNESCO World Heritage Sites.

Known for its “flower power,” the Cape Floral Region is for floral enthusiasts everywhere. It has been called the world's hottest hotspot for plant diversity and is one of only six principal floristic regions on the planet. The number one attraction at this UNESCO site has to be Cape Town's Kirstenbosch National Botanical Gardens. Even if you just have a passing interest in plants, you will be amazed by the floral mosaics on display. With Table Mountain looming above you, wander the garden's well-marked paths at your own pace and get lost in paradise. The prime season for flower viewing is early spring (Sept/Oct, since this is the Southern Hemisphere) when the whole region erupts in a rainbow of brilliant color. 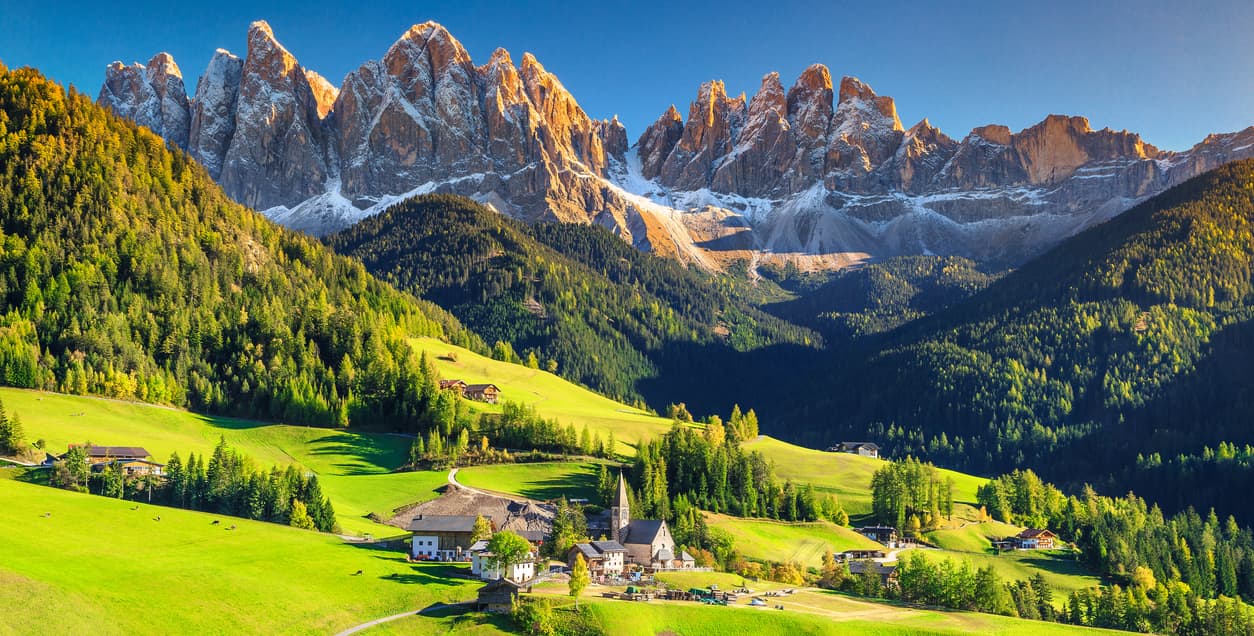 There’s no denying that northern Italy’s Dolomites are spectacular. The hardest part of visiting this UNESCO site is figuring out just which of the 18 peaks to explore. The good news is that even in its peak season, the Dolomites are still one of the least-traveled areas in Italy. It's wonderfully crowd-free and undeveloped, and the area's blend of German and Italian culture is fantastically preserved, allowing you to experience a language and cuisine unlike any other. The winter ski season brings in the biggest crowds, and Europeans flock to the world-class resorts, complete with an amazing network of ski lodges. It's also a gorgeous summer destination, boasting excellent hiking and biking trails, complete with tons of fresh mountain air. Don't miss the First World War bunkers and tunnels - this beautiful scenery is also where some of the darkest battles in Italy's war were fought.

Plitvice Lakes is considered one of the most beautiful national parks in the world. In this Alpine region of Croatia, you'll find a wonderful blend of oak forests, meadows, rocks, and 16 crystal clear lakes that tumble into each other via a series of waterfalls and cascades. As you explore the lakes, you can walk through clouds of butterflies drifting above miles of wooden footbridges and pathways that wind around the shore. It takes about six hours to explore the lakes on foot, so if you get tired of walking or have little ones in tow, you can take in the scenery by bus or boat. If you can’t decide when to visit Plitvice Lakes, don’t worry, it’s a stunning place to visit any time of year. You will get lush greenery in the spring and summer, rich colors in autumn, and enchanted scenes of ice and snow in winter.

The temple town at Bagan, once the capital of an ancient kingdom, is one of Myanmar’s chief attractions and deserves to be named one of the most stunning of the 1,000-plus UNESCO World Heritage Sites. The sleepy town of Nyang U takes its cue from the Ayeyarwady River, which slowly meanders past its northern and western sides framed by the misty silver-grey of distant mountains. Bear in mind that the Bagan Archeological Zone is not a destination for those who want to party. Those who visit this majestic site have the chance to reflect on the beauty and wonder that they find while exploring the thousands of Buddhist temples that rise from the plain’s canopy of green. The most exotic and spectacular way to see the temples is by hot air balloon. Aerial tours book up quickly, so plan ahead. 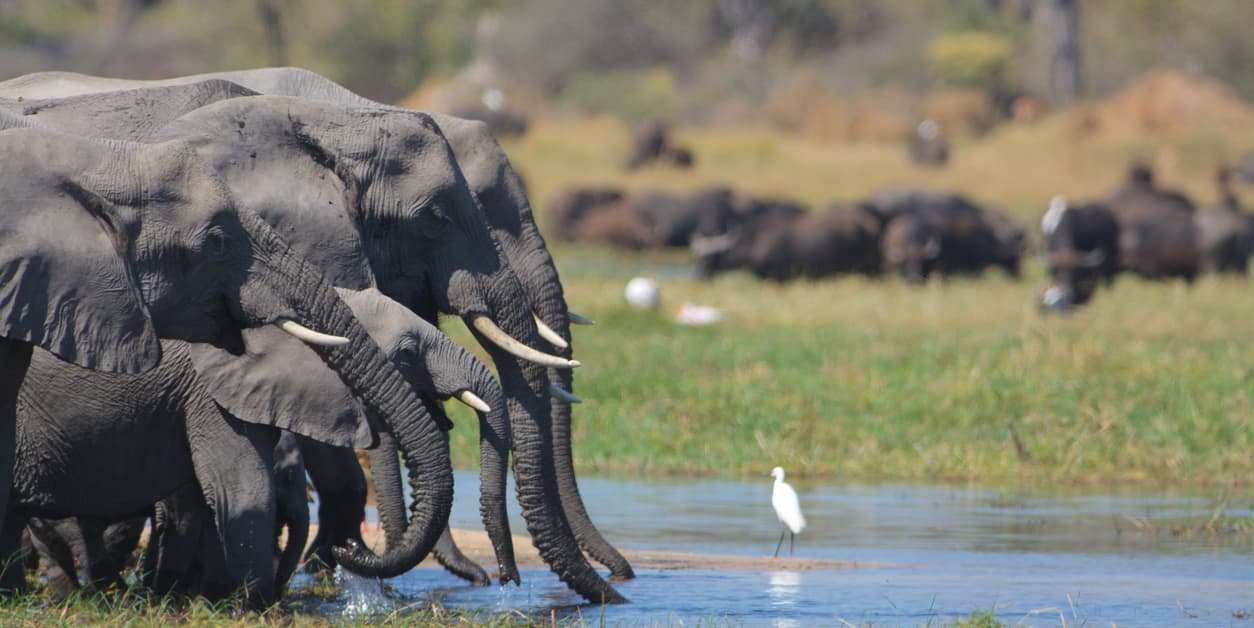 Without a doubt, Botswana’s Okavango Delta is one of Africa’s most extraordinary UNESCO sites. There is something primal about the rising and falling of its waters and the daily drama of wildlife survival that is interrupted by the distant roar of the lion or the crazy whoop of a pack of hyenas. As you glide silently along one of the world’s largest inland deltas in a mokoro (a traditional dugout canoe), you'll get to see amazing wildlife at eye level. If you're patient you might just spot a terrapin lounging on a floating log, a fish eagle watching and waiting for a meal to swim by, or a herd of elephants cooling off just around the bend. Your mind will probably wander to the mysteries concealed in papyrus reeds swaying gently in the evening breeze. There is no shortage of safari camps to choose from and since tourism is the prime source of income for Botswana, you can expect amazing accommodations that let you explore the area in style.

The Rocky Mountains evoke images of lofty snow-capped peaks, turquoise lakes, cascading waterfalls, and dense evergreen forests. The seven parks that make up the Canadian Rocky Mountain Parks will offer you all that and more. Best of all, that scenery will stay with you long after your unforgettable adventure. This stunning beauty, together with areas of important natural history, inspired UNESCO to declare these parks a World Heritage Site. You can find just about any outdoor activity you want and on a grand scale. If you want to take some of the best vacation photos ever, drive through any of the parks and you will likely spot bighorn sheep, black and grizzly bears, and moose, just to name a few. Banff is among the best-known parks and no trip to Banff is complete without visiting Lake Louise. Paddle a canoe on the striking, calm emerald waters, and your cares will melt away.

Göreme National Park and the Rock Sites of Cappadocia 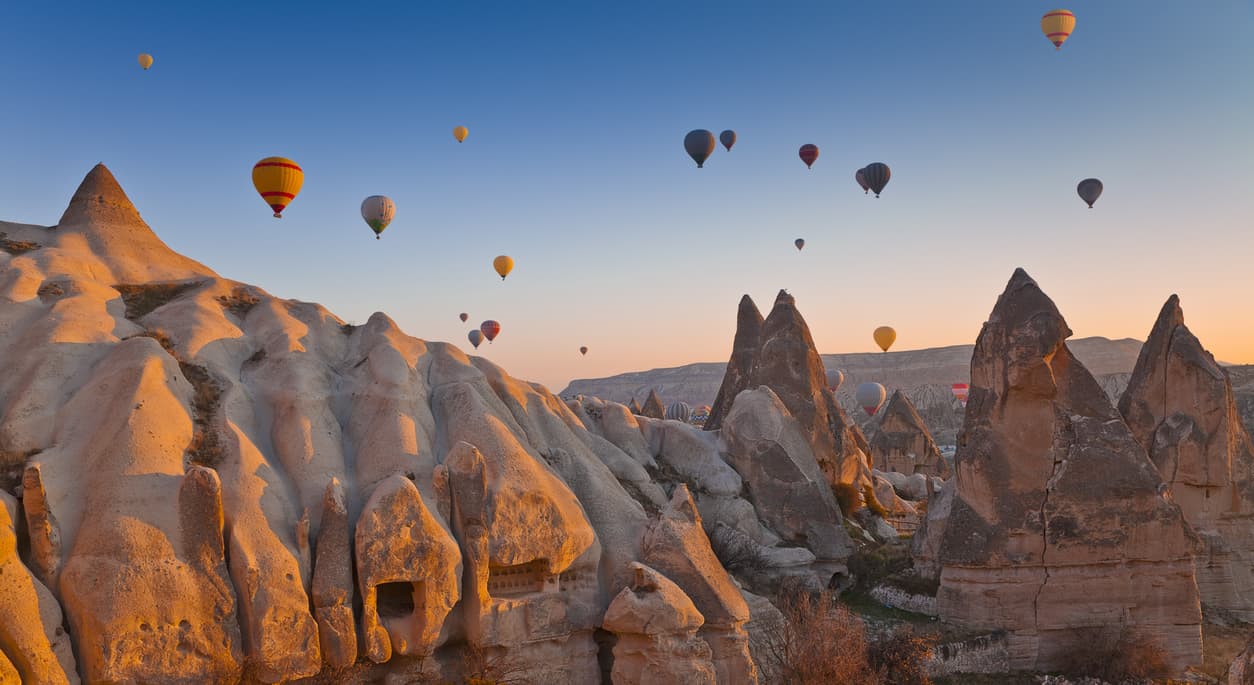 No journey to Turkey would be complete without a visit to the fairy-tale landscape of Cappadocia. Need an exotic place to use as a base to explore this spectacular UNESCO site? Bed-down in a cave hotel in Göreme and find yourself surrounded by valleys of whimsical rock chimneys as you experience being a “troglodyte for the night.” The famed rock formations line the roads to attractions, including rock-cut frescoed churches and Byzantine subterranean cities. You can discover the area’s geological oddity of mystical honeycombed hills and towering rocks by hot-air balloon, self-paced or guided hikes, or horseback. Make sure to save time to just sit and appreciate the fantastic landscape.

In the mountains north of Tokyo, scattered among hilly woodlands, you will find Nikko. Nikko is home to Toshogu, the famed 16th-century Shinto shrine built as a lavish memorial for Tokugawa Ieyasu, founding ruler of the Tokugawa shogunate. Scattered among hilly woodlands, the shrine complex is one of Japan's major attractions and serves as an awesome display of the Edo dynasty's wealth and power. In the spring, Nikko comes alive as throngs of Japanese visitors descend the area to observe the Toshogu Grand Spring Festival. The festival is a re-enactment of Tokugawa Ieyasu’s funeral procession. On display at the Toshogu Shrine, you will find the famous three wise monkeys--hear no evil, speak no evil and see no evil. Did you know that the story originated here in Nikko? The proverb is associated with being of good mind, speech and action, but we often relate it to those who turn a blind eye to something they know is wrong.