8 Statues Around the World You Have to See to Believe

All around the world, colossal statues have been erected as monuments to mankind’s history and culture. From the Great Sphinx of Egypt to Mount Rushmore to the Spring Temple Buddha in China, each of these majestic and treasured statues has a story to tell. We have set out to find statues that are breathtaking, thought-provoking and awe-inspiring, that enrich the lives of all visitors, near and far. Read on to discover 8 statues around the world that you have to see to believe. 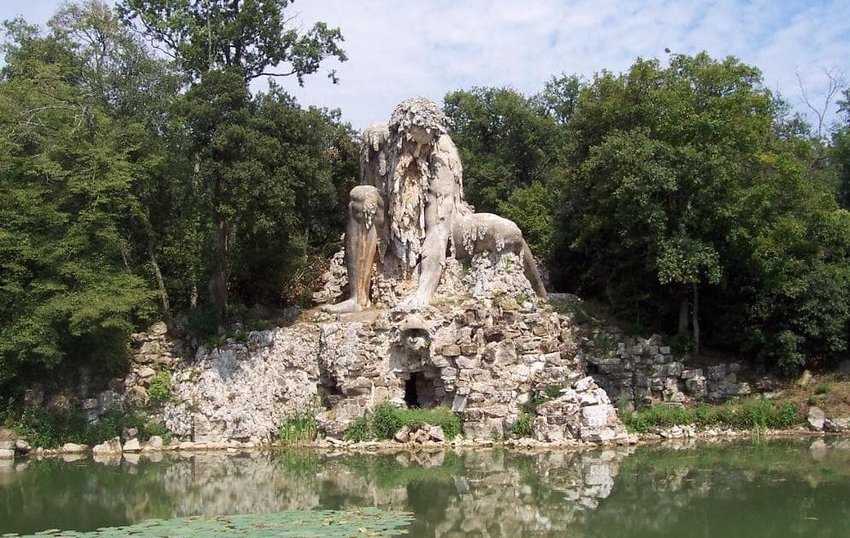 If you happen to be in Florence, a visit to the gardens of Villa Medici is a must. There you will find the Apennine Colossus, an amazing statue that appears to be half man, half mountain. This unbelievable work was created in the 1500s by celebrated Italian sculptor Giambologna as a personification of Italy’s rugged Apennine mountains. In an act of power, Apennine seems to be squeezing the head of a monstrous beast, as water tumbles out of its mouth and into a fish pond. There is more than meets the eye because inside the fountain there is a building, complete with a network of grottos, with shells, corals, and crystals, embedded in its walls. Rumor has it that the artist created a space in his head for a fireplace which, when lit, would blow smoke out of his nostrils.

An awesome day-trip from Colombo is a visit to the tallest Buddha statue in the country. There you will find the Avukana (or Aukana) Buddha, a colossus statue near Kekirawa in the North Central Province of Sri Lanka. Locals say that Avukana was sculpted in the 5th century AD, during the reign of King Dhatusena. Aukana means “sun-eating,” so the best time to see it is at dawn when the first rays of light hit the statues ornately carved features. The Avukana Buddha stands over 40 feet high and his pose, ashiva mudra, indicates blessings, while the eruption of fire above his head represents the power of total enlightenment. Legend has it that the degree of accuracy of sculpturing is so precise, that if a drop of rainwater fell from the tip of his nose, it would drop the small depression carved between his big toes. 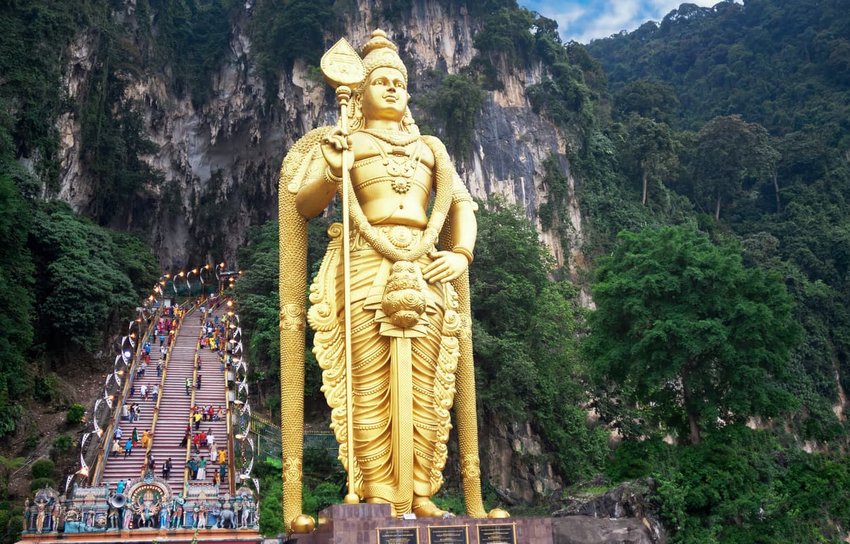 If you want to visit the most popular Hindu shrine outside of India, you have to head to the Batu Caves in the Gombak District 8 miles north of Kuala Lumpur. The shrine is dedicated to Lord Murugan and most people visit the shrine during the Thaipusam festival. During the festival, devotees carry colorful kavadis (a pole to carry items, decorated with strings of bells, flowers and peacock feathers) and perform dances for the Lord Murugan. The construction of the statue took 15 expert Indian sculptors three years to build and was unveiled in January of 2006 during the Thaipusam festival. This unbelievable 140-foot statue is the tallest in Malaysia and second-tallest Hindu deity in the world. There is something in the air that tells you that are in an ancient place. The caves are believed to be 400 million years old and were used as shelters by the indigenous Temuan people. 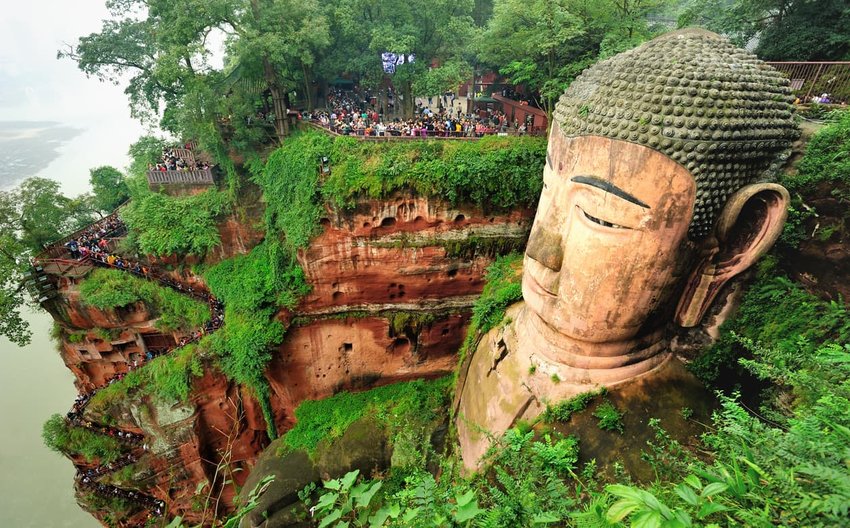 Near Chengdu in China’s Sichuan Province, you will find something amazing carved into the side of Mt. Lingyun—the colossal Leshan Giant Buddha statue. This 1,300-year-old work of art is considered to be the largest stone Buddha in the world. Millions of Buddhist pilgrims make the journey each year to this sacred destination—one of the ancient wonders of the world. This UNESCO World Heritage site sits at the junction of the Min, Qingyi and Dadu Rivers and faces sacred Mount Emei. This smiling monk calmly sits with the three rivers flowing below his feet, resting his hands upon his knees as he gazes across the waters. You will find images of the Leshan Buddha in many temples throughout China and is considered a great inspiration for their faith. 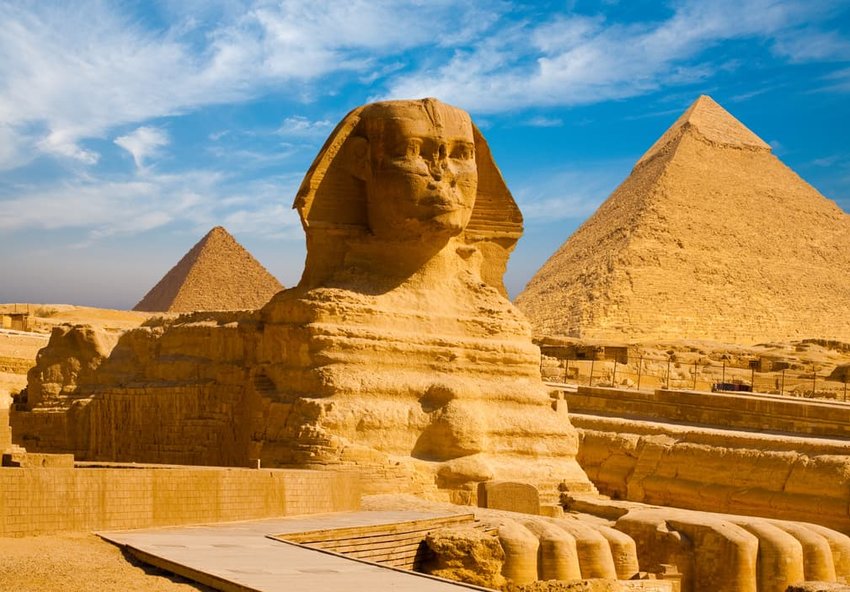 Facing the sunrise and standing guard outside the pyramid tombs of Giza, you will find the oldest of the statues that you have to see to believe-- The Great Sphinx of Giza. A Sphinx is a mythological creature with the body of a lion and the head of a person, usually a Pharaoh or a god. The ancient Egyptians built sphinx statues to guard important areas such as tombs and temples. The Sphinx is one of the largest and oldest statues in the world, believed to have been carved around 2500 BC. The Great Sphinx is huge! It is 241 feet long, 20 feet wide, and 66 feet high. 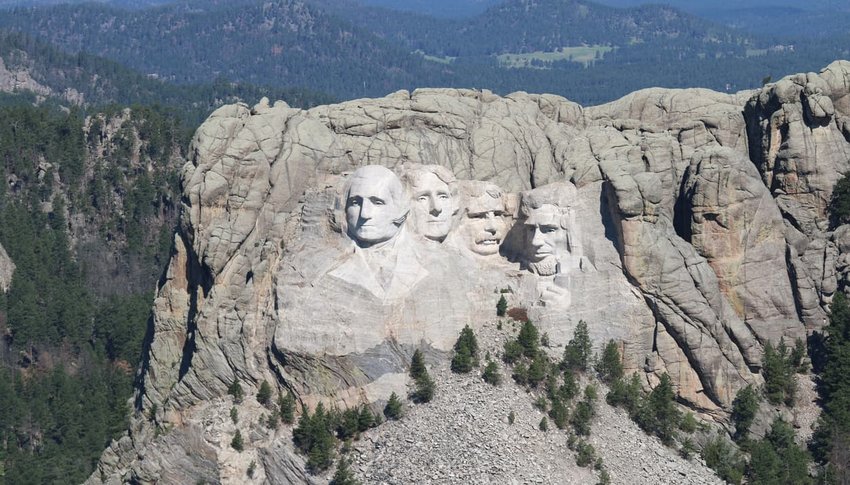 In the Black Hills of South Dakota, you will find one of the most awe-inspiring statues in the U.S., Gutzon Borglum’s wonderous mountain sculpture—Mount Rushmore. Carved into rock, you will find the figures of America's most prominent U.S. presidents--George Washington, Thomas Jefferson, Abraham Lincoln and Theodore Roosevelt. Sadly, Borglum died before the monument was completed, his son put the finishing touches on his 14 year-long dream and it was dedicated in October of 1941. Considering the out of the way locale, this unbelievable sculpture is seen by three million global tourists each year. Here’s an odd fact, George Washington’s nose is 21 feet long. 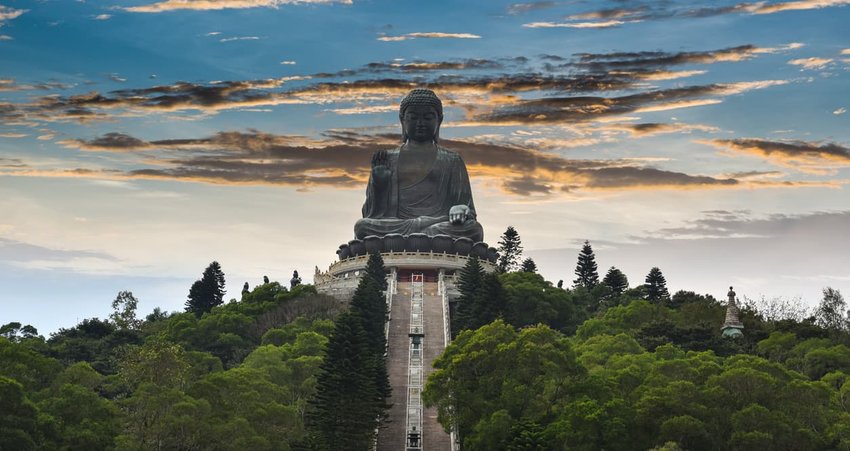 At the remote Po Lin Monastery on Lantau Island stands the second-largest outdoor sitting Buddha in the world--Tian Tan. Tian Tan, also known as “The Big Buddha,” is a huge bronze statue that has attracted hordes of tourists since it was completed in 1993. Inspired by sculptures that local monks saw on a trip to the mainland, they committed to building Tian Tan on land that they were granted in 1979. This huge work was got its name after the monks visited the Alter of Heaven in Bejing, which holds the same name. The statue sits 110 feet high and faces north, overlooking the Chinese people. If you want to get up close and personal with the Buddha, you will have to climb the 268 steps that are set out before it. The climb is definitely worth it because you will be rewarded with incredible views of the mountains and the South China Sea. 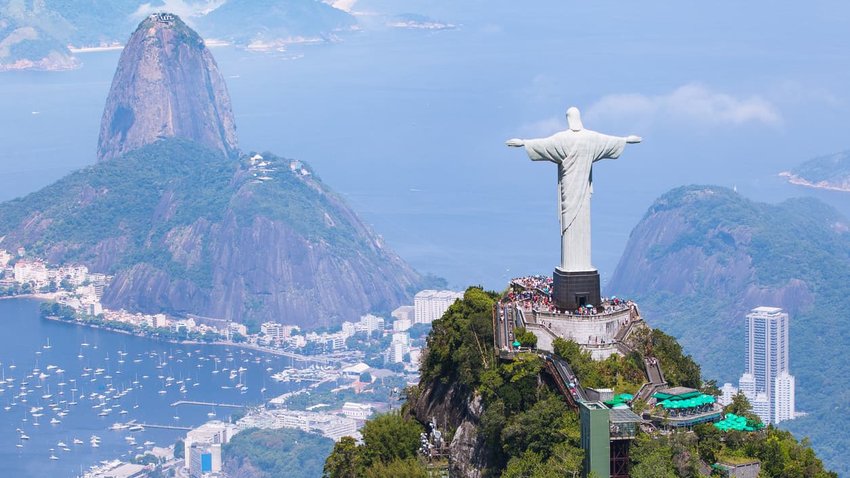 Any visit to Rio would not be complete without a visit to one of the Seven Wonders of the World—the statue of Christ the Redeemer. It took a team of artists to create this iconic statue. It was created by French sculptor Paul Landowski and built by Brazilian engineer Heitor da Silva Costa. Started in 1922 and completed in 1931, the statue is 100 feet high with outstretched arms just as wide as it is it tall. The statue of Jesus Christ stands with arms outstretched overlooking the city from high atop Corcovado Mountain. This amazing monument is made of concrete and covered in 6 million soapstone mosaic tiles. It is considered a religious and cultural symbol of the Brazilian people's warm and welcoming culture. If you want the ultimate in destination weddings, book the small chapel at its base and exchange vows beneath Christ the Redeemer.