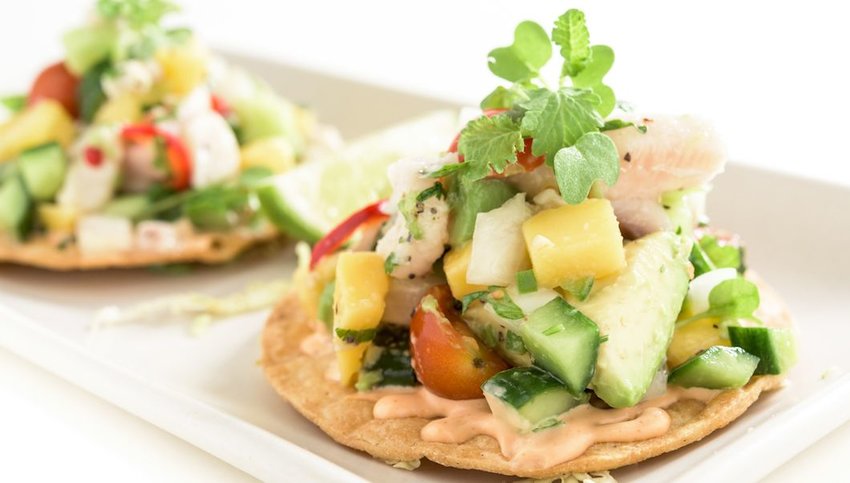 8 Mouthwatering South American Dishes You Have to Try Once

South American cuisine is as varied as the continent itself. From the tropical north, along ocean coastlines and through the Andean altiplano to the ranches of the Pampas, every part of this breathtaking landscape brings something special to the table. It’s hard whittling such a diverse spread of dishes down to what follows, but here are eight mouthwatering dishes you have to try at least once.

Raw fish, raw onion and sour lime juice might not sound like a great combination but a dish that’s deemed worthy of its own national holiday has got to be worth checking out. The Moche people first prepared ceviche almost two thousand years ago and it’s still a staple of the diet today all along the west coast of the continent, especially in Peru. The fish, freshly caught from the Pacific Ocean, is roughly cubed and left to luxuriate in a marinade of diced onion, finely chopped chilli and lime juice until it’s cooked. But always eat ceviche for lunch rather than dinner, to ensure the fish is as fresh as it can be.

The southern cone countries know a thing about carne asada, or roasted meat – hardly surprising when you think about the vast tranches of land given over to cattle ranching. The tradition of barbecuing, whether you head for a parilla or a churrascaria, spans country boundaries. In Brazil, Uruguay and Argentina especially, a mixed grill is served with a plethora of cuts of meat, offal and sausage, washed down with a glass of full-bodied red. Salud!

Colombians swear by Bandeja Paisa. Literally translating as a "workman’s platter", it comprises a generous serving of pork, ground beef, morcilla (black pudding), chorizo sausage and even chicharrones (pork scratchings). Accompanying the meat are heaps of red beans, avocado, plantain, white rice, a fried egg and cornmeal flat pancakes known as arepas. You’ll need a hearty appetite for this one, but you should make room at least once. That diet can wait until you return home.

This deliciously creamy dish is one of Peru’s most popular dishes. In recent years, the country’s cuisine has become increasingly fashionable, and you’ll find most restaurants serve classics like this. The dish relies on aji amarillo, a yellow chilli pepper common in Peru, which gives a kick to the base ingredients of shredded chicken, cheese, garlic and turmeric. The origins of the dish are disputed: some say it dates from Inca times while others say it was introduced by France a couple of centuries later. No matter, it’s scrumptious regardless.

Feijoada is as close as Brazil gets to a national dish. It's a flavorful stew packed with black beans, pork, beef and sausage. Slow cooking enables the aroma and taste to develop, cooking the liquid down to a luscious, meaty broth. In the northeast, it’s customary to top up the pot with vegetables such as potatoes, okra and pumpkin. All over, you’ll see it served with rice and often oranges to cut through the richness. Wherever you find it, don't rush this dish. Pull up a chair and savor this soul food in a leisurely fashion.

Paraguay is often overlooked by travelers, but it more than holds its own when it comes to food. There’s a twist, though – sopa Paraguaya isn’t actually a sopa at all. Instead of a soup, it’s actually a variation of cornbread, baked with corn flour, lard and cheese. With a spongy consistency not unlike a cake and the calories to match, it’s one to fill you up. And as for soup, there are several tasty ones that feature commonly on the country’s menus. Try soyo, short for so’o josopy, a ground beef broth often served with the addition of vegetables or dumplings.

If you can get your head around the fact that you are eating a cute fluffy creature often kept as a pet, you’ll find cuy to be one of the most tasty dishes across Andean South America. Guinea pigs farmed as food are roasted until they are crispy on the outside and still tender and juicy on the inside. They’re a fiddle to eat, and not all that filling, so you’ll often see them accompanied by another Andean staple: the potato. If you’re squeamish and can’t face the sight of such a cutie looking up at you from the plate, most restaurants will chop off the head and paws before setting it in front of you.

No foodie list can be complete without the mention of at least one dessert and for those with a sweet tooth, alfajores are irresistible. These melt-in-the-mouth cookies are filled with sticky dulce de leche (caramelized condensed milk) and rolled in either icing sugar or desiccated coconut. Though Argentineans claim to eat the most alfajores, you’ll find them all across the continent – it seems no one can pass up such a yummy treat.