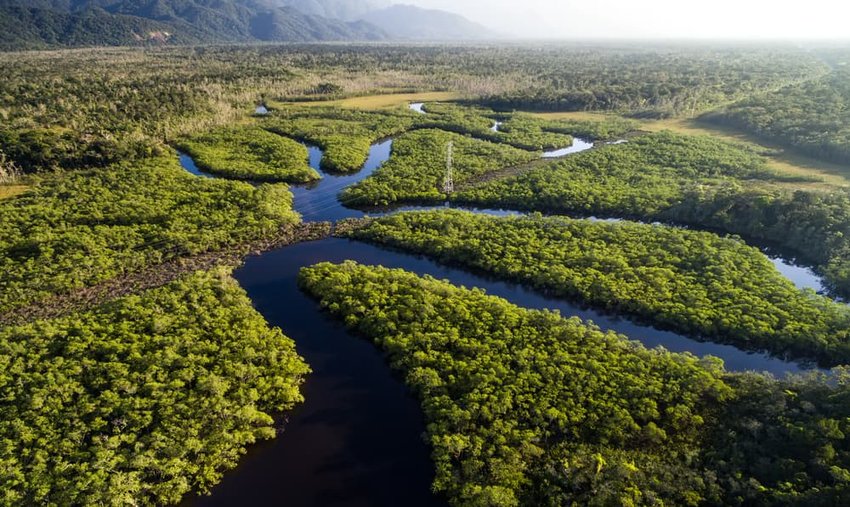 8 Adventures You Can Only Have in South America

South America is built for adventures. Like moths to a candle, explorers have long been attracted to its exotic shores. Glistening glaciers hug soaring granite mountains, condors circle over desert gorges, tumbling waterfalls inspire movies and vast swathes of steamy jungle play host to troupes of monkeys and solitary jaguars. Throw in more Indiana Jones-esque ruins than you could possibly explore in a lifetime, just about every adrenaline-inducing adventure sport you can think of and a ton of coconut palm-backed beaches and it’s easy to see why. Here are 8 adventures you can only have in South America. 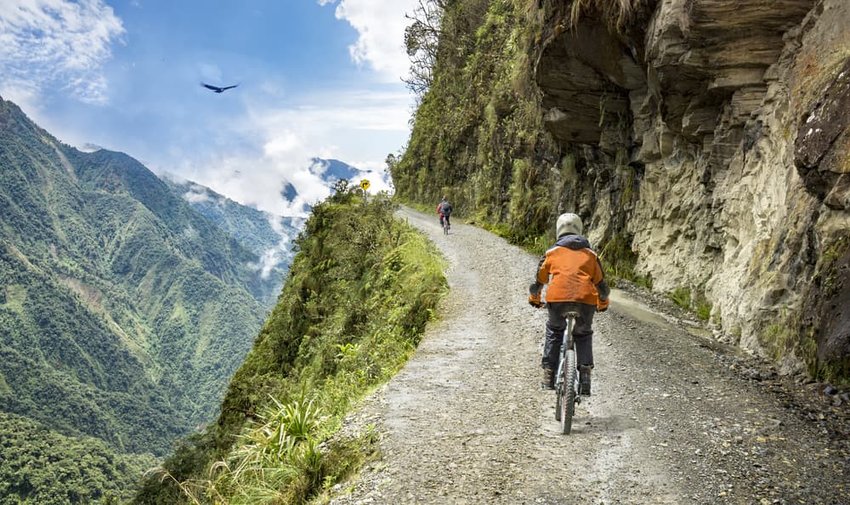 You’ve got to have metaphorical balls of steel to take on the infamous cycle ride along Bolivia’s Death Road. This 41-mile stretch of dirt track doesn’t get its name for nothing. Sadly, more than 200 people a year lose their lives traversing the hair-raising road which winds its way around a steep mountainside. That doesn’t deter adventurers from across the globe hurtling along its hairpin bends, avoiding incoming trucks that use it for transporting goods to and from La Paz.

Hike to one of the 7 Wonders of the World, Peru 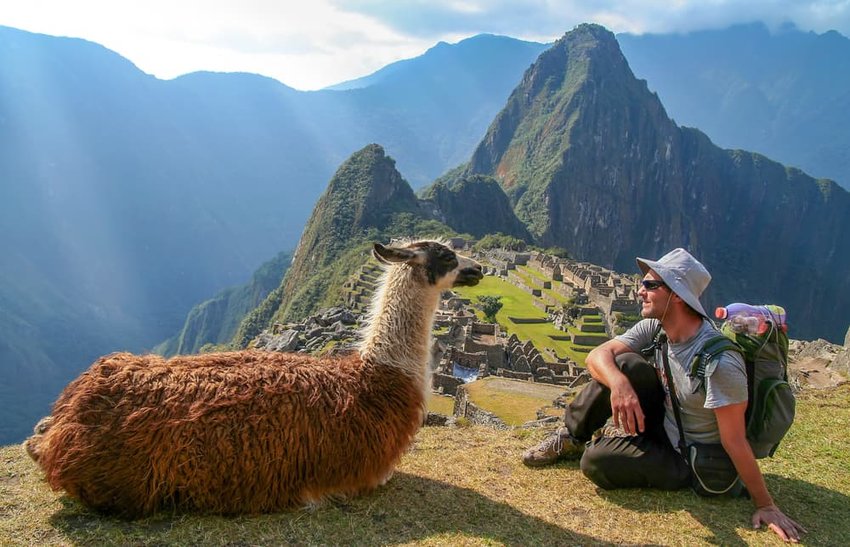 Machu Picchu might play host to thousands of travelers every day, but that doesn’t stop people from flying around the world and hiking for days just to catch their first sight of the ancient Inca ruins from the Sun Gate. It’s the icing on the cake, the ending of a 4-day trek which meanders up along a route used by the ancient civilization centuries ago. 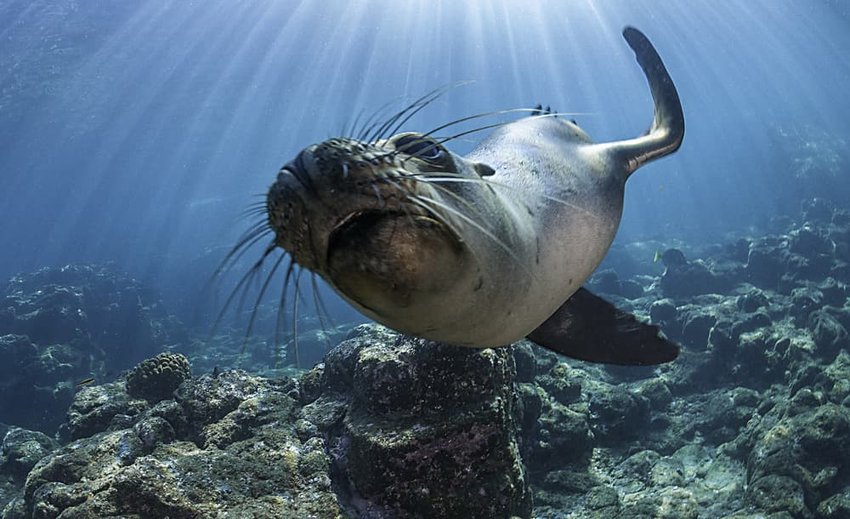 Follow in the footsteps of Charles Darwin, one of the world’s greatest naturalists, to the wildlife-rich Galapagos Islands. There’s nowhere else on the planet where his theory of evolution is so clearly on display. Every island on the relatively small archipelago reveals new critters that have adapted to their surroundings without fear or threat from predators. If you’re feeling brave, you can even scuba with large schools of hammerhead sharks. 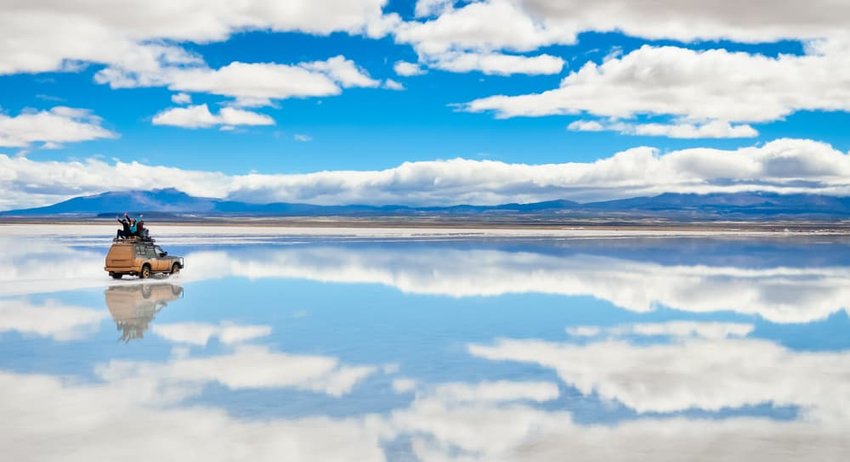 Salar de Uyuni is vast. The world’s largest salt flat covers a staggering 4,600 square kilometers. Those who decide to take on the behemoth alone are either foolhardy or completely insane. Others who still have their marbles intact can join one of the daily 4x4 tours which hurtle across the starkly beautiful landscape. You can even nab a night in one of the remote hotels built entirely from salt. 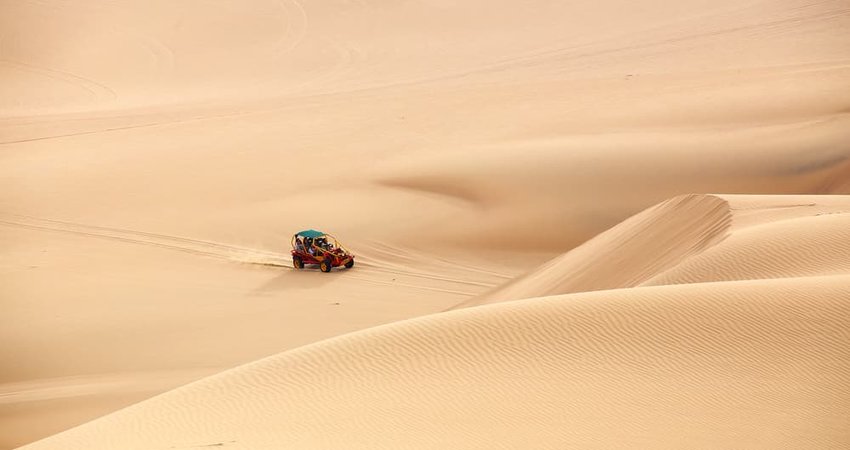 The tiny settlement of Huacachina, which wraps around a palm-fringed desert oasis in Peru, serves as one of the most popular adventure experiences on the continent. Strap on a specially-designed board and carve down the sandy dunes. Snowboarders have a natural advantage, but don’t worry if you’ve never tried, you can always lay on your stomach and sand sled. Just don’t expect any chair lifts to take you back up.

Cruise to the Antarctic Peninsula, Argentina 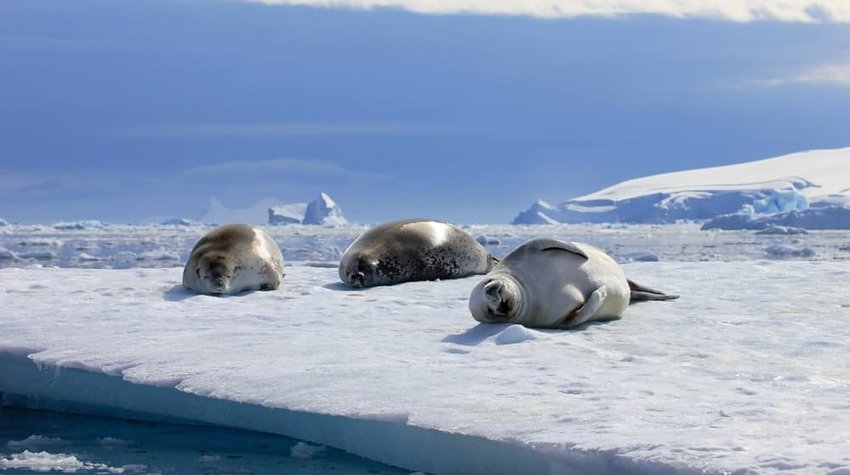 Okay, so it’s not technically South America, but Ushuaia, Argentina serves as the jumping-off point to the white continent via the Drake Passage. You’d be forgiven for thinking that all you'll find is a vast land of ice. The peninsula teems with wildlife species, and catching glimpses of playful pods of killer whales, seals basking on ice floes and colonies of waddling penguins that number the millions are a daily occurrence.

Kayak along the Amazon, Brazil

Is there anything that conjures up feelings of a bygone era of adventure travel like silently paddling along the mighty Amazon? Nope, didn’t think so. Slip into kayaks and join the few explorers ever to have taken on the longest river in the world. Of course, you don’t need to cruise the entire 4,345 miles. From the steamy port city of Manaus in Brazil, there are several overnight camping expeditions that take you deep into the wilderness.

Bathe in the multi-colored pools of Lençóis Maranhenses, Brazil 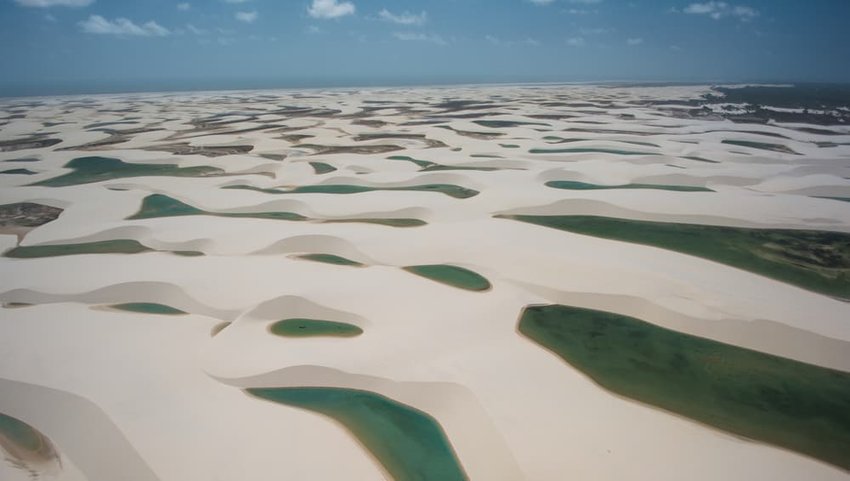