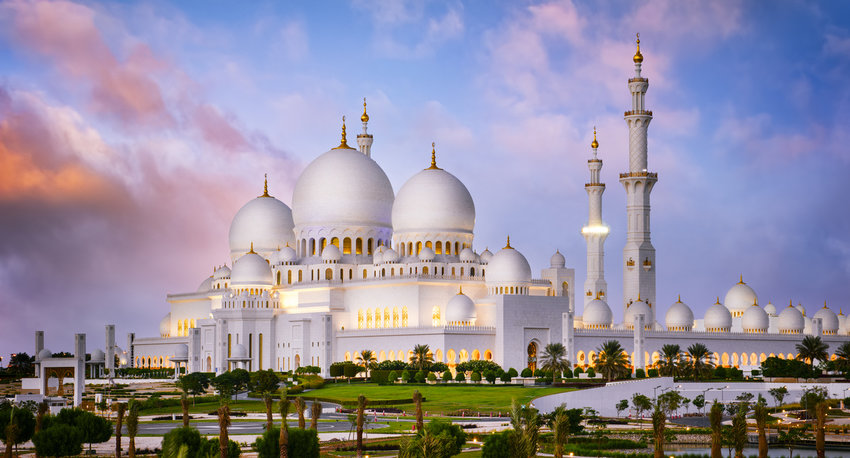 7 Stunning Sacred Sites from Around the World

Whether you are fascinated by spirituality, are into history, or are just curious, sacred sites appeal to travelers from all over the world. For ages, people across all religions and belief systems have erected amazing structures to honor higher powers. From isolated monasteries to colossal statues to architectural masterpieces, these spectacular spiritual houses of worship will have you in awe. Check out our review of the 7 most stunning sacred sites from around the world that serve as powerful reminders of the faith and devotion of humankind. 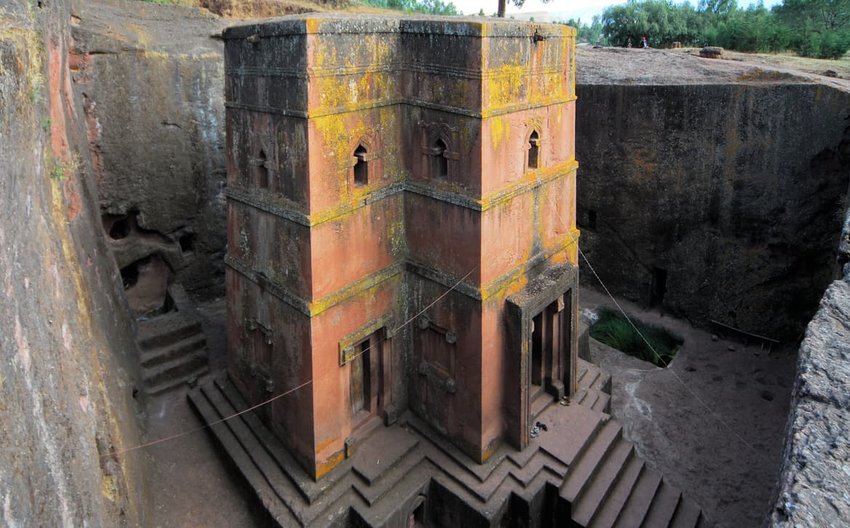 The most stunning part of the rock-hewn churches of northern Ethiopia lies in the effort that the builders put into creating these awe-inspiring sacred sites. Near the small town of Lalibela, there are eleven medieval churches—all carved out of massive slabs of rock. The churches were built in the 12th-century under the direction of King Lalibela. He had a vision of a "New Jerusalem" for Christians who were prevented from making the pilgrimage to the Holy Land because of Muslim conquests across the region. This UNESCO World Heritage Site is still a popular pilgrimage site for Coptic Christians. The most fascinating of the ancient churches is the House of St. George, or Biete Ghiorgis, famed for its cross-shaped design and network of trenches and ceremonial passages which connect it to the other churches. 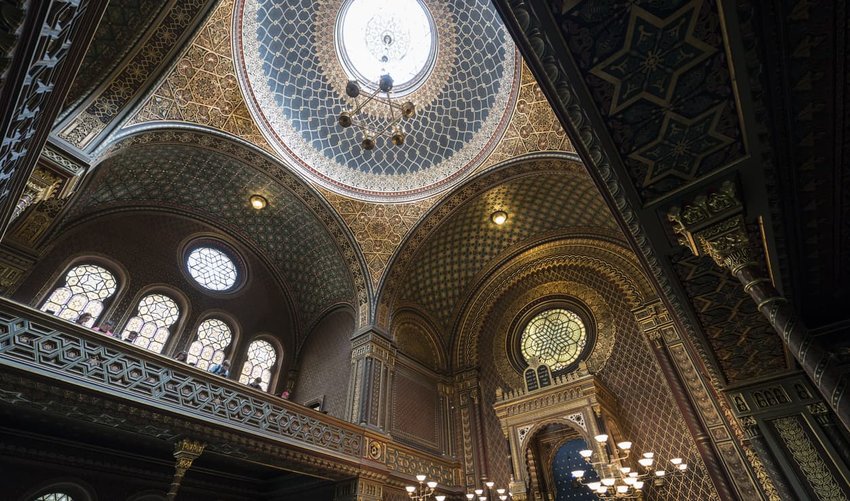 There are actually six synagogues in Prague, but the Spanish Synagogue is by far the most stunning. The wonderfully colorful stained glass, stylized Oriental motifs and glow of gold makes this sacred site absolutely spectacular. The Synagogue got its name from its Spanish Moorish style of architecture. The Spanish Synagogue is the newest of the historic Prague synagogues and was built in 1868 for a local Reform congregation. The building also hosts two permanent exhibitions. One depicts the history of Jewish people in Bohemia and Moravia and the other displays silver artifacts from a synagogue in the same region. 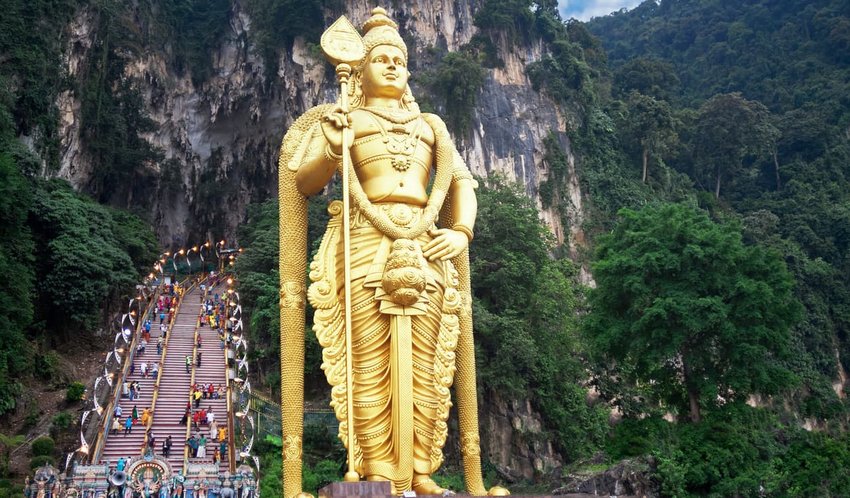 If you want to visit the most popular Hindu shrine outside of India, you have to head to the Batu Caves in the Gombak District 8 miles north of Kuala Lumpur. The shrine is dedicated to Lord Murugan and most people visit during the Thaipusam festival. During the festival, devotees carry colorful kavadis (a pole to carry items, decorated with strings of bells, flowers and peacock feathers) and perform dances for the Lord Murugan. The construction of the statue took 15 expert sculptors three years to build and was unveiled in January of 2006 during the Thaipusam festival. This unbelievable 140-foot statue is the tallest in Malaysia and second-tallest Hindu deity in the world. There is something in the air that tells you that are in an ancient place. The caves are believed to be 400 million years old and were used as shelters by the indigenous Temuan people. 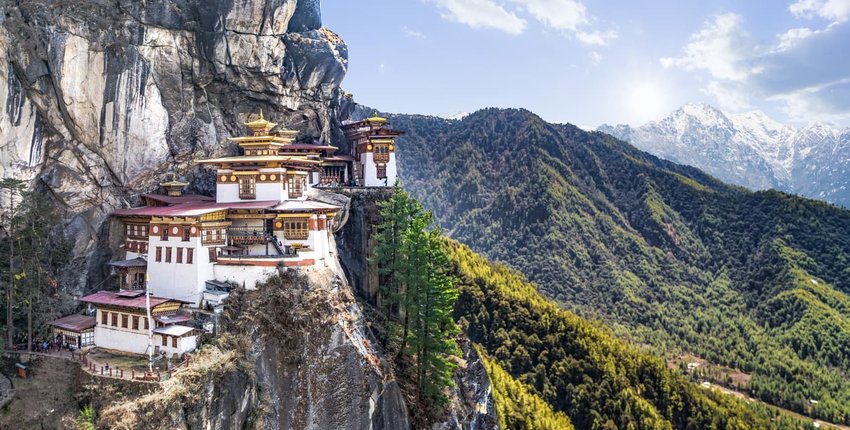 Paro Taktsang, commonly called the “Tiger’s Nest,” is said to be the holiest site in all of Bhutan and the world's most famous hanging temple—both with good reason! This site is where the Tibetan Buddhist deity Guru Rinpoche appeared in the 8th-century riding on the back of a flying tigress to subdue a local demon and convert the locals to Buddhism. It is not easy to get to the site. You will have to hike up the mountainside for three hours, but the trip is worth it. Once there, you will receive unbelievable views of the Paro Valley. The shrines are amazing as well and you will be glad you made this awe-inspiring trip. 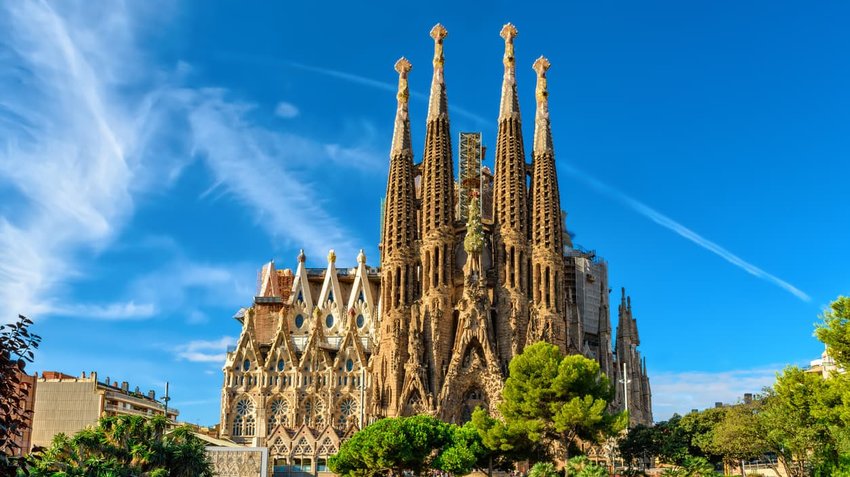 La Sagrada Família is a giant basilica in Barcelona that has been under construction since the late 1800’s and is not expected to be complete for many years to come. The large unfinished Roman Catholic church was designed by Spanish architect Antoni Gaudi. This stunning sacred site caught the eye of Pope Benedict XVI in 2010 and he consecrated it, proclaiming it a minor basilica. It is important to the church because it is now the seat of a bishop. This amazing cathedral was designed by Gaudi to mimic nature and was built without any straight lines with the interior featuring tree-like columns. The best way to experience the church is to book the guided tour. It lets you in on some interesting facts and you get to skip the line of people waiting to get in. 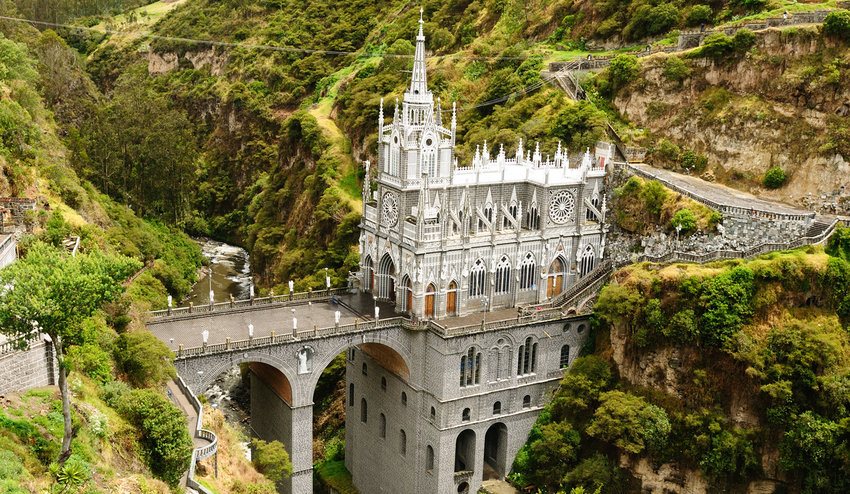 This incredible cathedral at Las Lajas Sanctuary seems to dangle precariously over a forested gorge on the border between Colombia and Ecuador. The cathedral was completed in 1949 and the story related to its founding is just as amazing. Legend has it that in the 18th-century, an Amerindian woman and her mute and deaf daughter took shelter from a storm in the gorge where the cathedral now sits. The Virgin Mary appeared to them and the daughter was miraculously able to hear and speak for the first time. News quickly spread and Las Lajas became a place of pilgrimage. The best views are from the arched stone bridge where you can admire the massive church set against the green cliffs and cascading waterfall.

Where can you find one of the largest mosques in the world? Head to Abu Dhabi, the capital city of the United Arab Emirates. The Sheikh Zayed Grand Mosque is so big that it can hold 40,000 worshipers in one sitting. The mosque is also unique in that it captures the unique collaboration between Islam and other world cultures. The mosque’s architects were British, Italian and Emirati and drew inspiration from parts of Turkey, Morocco, Pakistan, and Egypt. The Sheikh Zayed Grand Mosque has an open-door policy and welcomes tourists and believers from all around the world. As you walk through this modern marvel of architecture, you can’t help but be awed by the remarkable onion-top domes, reflective pools and the breathtaking sunlight prayer hall.