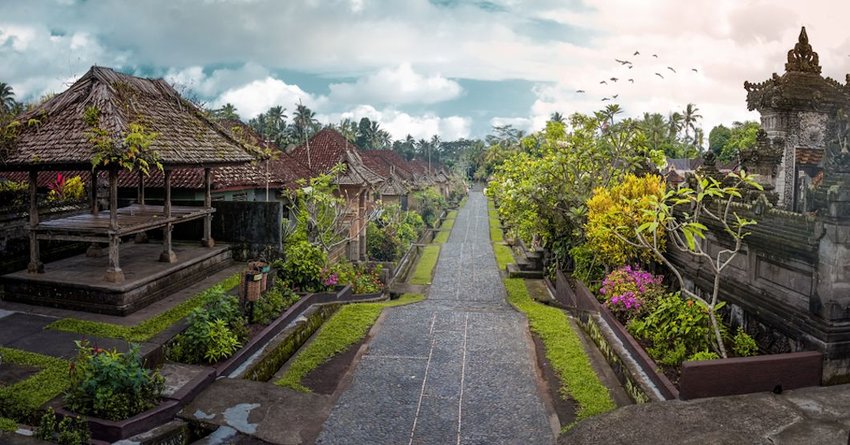 7 Most Picturesque Villages in Southeast Asia

Southeast Asia has some of the most striking beautiful tropical landscapes on the planet. And peppered throughout these varied scenes visitors can find a collection of charming villages that are as captivating as their natural surroundings. From terraced rice fields to floating fishing villages, check out the seven most picturesque villages in Southeast Asia.

Sitting 5,000 feet above seal level, the spectacular village of Sagada is located in the Philippines on the island of Luzon. The breathtaking rural village is famous for its picture-perfect vistas of sculpted rice terraces backed by limestone mountains shrouded in misty clouds. Hike the many trails that criss-cross this region, exploring caves tucked into just about every nook and cranny of the mountainside. According to traditional culture, the spirits of the dead love to be close to the sky, so you may run into ancient coffins that are scattered among the limestone cliffs.

Pariangan sits on the slopes of Mt. Merapi and is said to be the oldest and most culturally-significant village of the indigenous Minangkabau people. This picturesque village in western Sumatra features many well-preserved examples of the striking pointed-roof buildings that are unique to this area. Pariangan’s breathtaking scenery draws visitors far and wide, who come to bask in the mountain air but stay to enjoy the welcoming nature of the friendly Minangkabau.

Cat Cat is a diverse village near the town of Sapa in remote northwestern Vietnam, and despite its name, the village's draw is not due to an abundance of furry felines. Instead, the mountainous village is set at the base of Fansipan, the highest mountain in Vietnam, Laos, and Cambodia. This sleepy little village is a popular base for those looking to hike the surrounding mountains, visit the stacked rice paddies, and tour traditional villages.

Penglipuran is one of the most stunning and serene villages in Bali, Indonesia, which is saying quite a lot. Almost untouched by the modern world, Penglipuran embodies the island’s mythical culture and exceptional hospitality. The village is laid out using the Three Mandalas of Balinese Hinduism (a sacred area, a living area, and a graveyard area) and built using traditional Balinese materials such as stones, wood, palm leaves, and bamboo. Just outside the village is a large bamboo forest that has small temples that locals visit to pray and pay their respects.

High in the mountains of Indonesia's Sulawesi Island is the remote but riveting highland village of Tana Toraja. It may take you up to 10 hours to reach this mountain town from the capital of Makassar, but you won’t regret it.  What makes the people of Tana Toraja unique is Aluk to Dolo, which translates to "the way of the ancestors." When most of the lowland people converted to Islam, the Toraja people managed to maintain their traditional beliefs. Today, Aluk to Dolo still serves as the basis for the Toraja's culture through medicine, religious ceremonies, art, and music.

Set in the stunning, UNESCO-protected Ha Long Bay,the floating village of Cai Beo itself is home to 450 families. One of three fishing villages in the Ha Long Bay area, Cai Beo has developed a lifestyle over 200 years that can't be found anywhere else on earth. The villagers live, breathe, and exist for one thing — fishing. Ha Long Bay is also home to numerous islands that are excellent for diving and rock climbing. This charming and enchanting corner of the world is famous for its natural beauty, exotic marine life, emerald waters, and beautiful forested rock formations.

Old Bagan rivals Angkor Wat and Chichén Itzá as the world’s most beautiful archaeological site — minus all the tourists. Featuring picturesque vistas of old temples and soaring hot air balloons, this landscape is one of the most stunning in Asia. The thousands of temples of Old Bagan are believed to have been built by the Bagan kings between the 9th and 11th centuries. S If you are lucky enough to be in Bagan in November, you will get to witness the fireworks and hot air balloons that fill the sky above for Taunggyi Tazaungdaing (the annual Festival of Lights). The village itself is filled with incredibly ornate Buddhist temples and stupas, the domed building where monks are buried. You’ll have to pay a fee to get into the old part of the city, but it’s worth it.