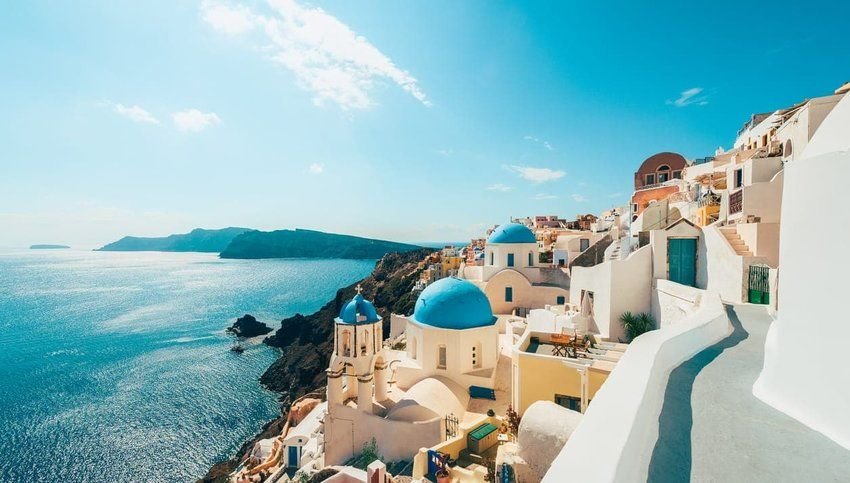 7 Mediterranean Islands That Will Leave You Breathless

Overshadowed by Italy and Greece, Croatia may not immediately jump out as a perfect place for a Mediterranean holiday. However, you’d be wrong! Hvar is both naturally beautiful and popular with party-lovers which, when combined, makes it one of the most interesting islands in the area. Sociable travelers should head to Hula Hvar, where watching the sunset becomes an event. This is the place to be for cocktails when the sun goes down. If you want to beat the crowds, head to the secluded Robinson’s Beach, the most pristine on the island. It boasts one restaurant serving a daily special and the clearest waters in Hvar. There are also some pretty cool wreck dive sites – the Paulina dates back to the 1800s!

If a luxurious vacation on a gorgeous island is what you’re after, look no further than Costa Smeralda in Sardinia. A getaway to the Emerald Coast is a total splurge with many of the seaside resorts boasting private beaches, sprawling grounds, and their own helicopter pads. The area is surrounded with superior restaurants, upscale boutiques, top brand shops, and sophisticated marinas. Don’t forget about the beaches – this area is said to have the best in Europe with warm, clear Mediterranean waters, rocky outcrops, and golden sand.

Hit two countries with one island with a visit to Cyprus. Settled off Turkey’s southern coast, the Turkish north is filled with Old City walls and castles reminiscent of past times. It’s also got a happenin’ nightlife and several great beaches. The divided capital, Nicosia, is a cultural heritage hotspot housing the island’s Old City, multiple historical mosques, and a 400-year-old Turkish Bath (still in use!). There’s also a Whirling Dervish Show (traditional Turkish dance performance) that takes place near the Selimiye Mosque six days a week. The southern part of the island boasts traditional villages, authentic foods, and nearly a dozen World Heritage Sites. There’s even something for scuba divers here. Off the southeast coast of the island lies one of the top wreck dives in the world – Zenobia.

It doesn’t get much more culturally rich than Sicily. This island is perfect for people who want a varied vacation. Sicily offers piles of significant ancient history with a multitude of ancient Greek cities (like Agrigento, Selinunte, and Syracuse), the Doric Temple in Segesta, and the world’s most impressive display of surviving Roman mosaics at Piazza Armerina. Mount Etna, Europe’s largest active volcano, tempts outdoorsy folks into hikes around its craters. To reach the top, take the cable car and be rewarded with sweeping views over Catania. After all the history lessons and physical exertion, you’ve earned a day on Sicily’s most gorgeous beach, San Vito lo Capo, panini in hand.

Though owned by France for centuries, Corsica still retains a significant dash of Italian culture, making it an interesting combination of nations. The island’s rocky and forested mountain terrain results in many hiking trails and the Scandola Nature Reserve (a UNESCO World Heritage Site). A half-day boat tour around the northwest coast is the best way to take in the red cliffs, rocky headlands, and secret coves, beaches and grottoes. Another protected area, Desert des Agriates is a gorgeous stretch of land that’s top-notch for pristine beaches. Canyoning in Corsica is the highlight as it allows visitors to walk, swim, and climb through trails and waterways while discovering the island’s beauty – including naturally-formed rock slides!

Part of the Cycladic Island group, Santorini holds absolutely nothing back. It’s one of the best islands for a romantic getaway, but this Greek Island is a must-see regardless of your relationship status. Volcanic, black sand beaches and impossibly clear-blue waters await all along Santorini’s coast. Kamari Beach is particularly impressive. The 6-mile one-way hike from Fira to Oia is the best way to see all Santorini’s charming traditional villages, iconic white-washed houses, and breathtaking ocean views. To top it off, Santorini is also considered a premier wine destination. Visit the island’s central region for the highest concentration of wineries and taste to your heart’s content.

The three-island nation of Malta is historic, beautiful, and surprisingly affordable for European standards. Scuba divers will love exploring the underwater caves off Comino and military wreck dives dating back to WWII just off the coast. History buffs will swoon over the medieval architecture, ancient cathedrals, and the Old City of Mdina. Those who seek privacy should hop a boat to Gozo, one of Malta’s three islands, and find a secluded cove or golden sandy beach to sprawl on. If you visit in July, the number one entertainment attraction is definitely the Isle of MTV, a free music concert hosted in Malta every year. Past headliners have included the Black-Eyed Peas and Lady Gaga.