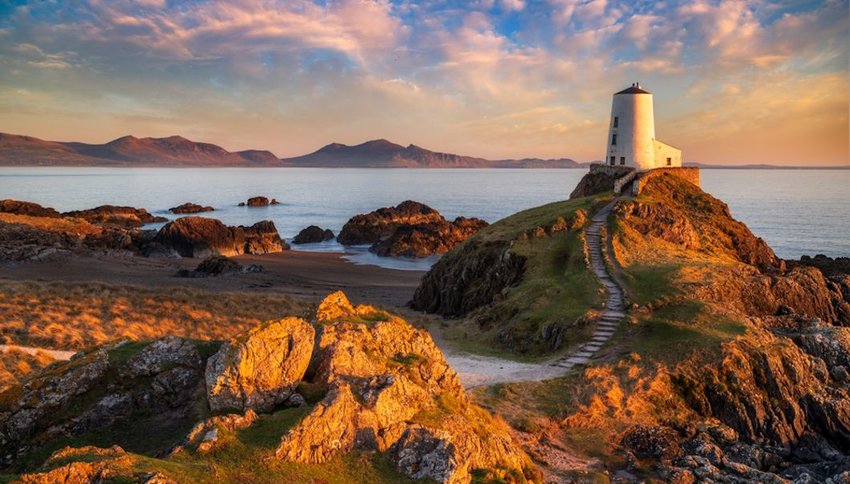 There are well over a hundred permanently-settled islands scattered around the United Kingdom, and even more if you factor in those which comprise the British Isles. While many are established tourist favorites — among them Jersey, the Isle of Wight or Scotland’s Skye — plenty more go under the radar. If you like to explore beyond the obvious, here are six underrated UK islands I’d recommend you visit.

You’ll find England’s sixth largest island in the oft-overlooked Essex. Despite its proximity to London, it remains largely undiscovered by visitors from outside the county. Mersea’s a tidal island, cut off during the highest tides by water that covers The Strood, the causeway that links it to the mainland. It’s known for its seafaring traditions, particularly oyster fishing, and there’s a clutch of decent seafood restaurants, the best known being The Company Shed. From the nearby quayside you can rent kayaks, windsurf equipment and stand up paddle boards. If you’re happier leaving someone else to take responsibility, book a sunset excursion along the creek on the Lady Grace.

A couple of years ago, the Isle of Skye became so popular the Scottish Police were forced to warn potential visitors not to turn up unless they’d already arranged accommodation. Not so with the more southerly Isle of Bute, easily reached from Scotland’s largest city, Glasgow. Its popularity peaked in Victorian times, when it welcomed holidaymakers heading out of the city and “doon the watter” as they called their excursion along the River Clyde. These days, visitors are drawn by historic sights such as the ruined 13th-century Rothesay Castle, Mount Stuart House, the restored Winter Gardens and the Bauhaus-inspired Rothesay Pavilion, which reopens in 2020.

Like Mersea, Llanddwyn retains its island status because of the highest tides, but its undulating dunes and rock outcrops make this a beauty, especially on the headland where Tŵr Mawr tower perches. Part of the Newborough Warren National Nature Reserve, the island features  views across to the mainland that extend as far as Snowdonia on a clear day. Llanddwyn translates as “the church of St Dwynwen”, a saint who is the Welsh equivalent of St Valentine, the patron saint of lovers. An abundance of seasonal flowers including bluebells and yellow-horned poppies make this the perfect destination for a romantic stroll. If you’re lucky you’ll only have the island’s rare breed Soay sheep for company.

Three miles but a world away from Guernsey, tiny Herm is one of the charming Channel Islands. The island is home to Europe’s most southerly puffin colony; they come every spring though numbers are dwindling. No cars and no crowds make this the ideal spot to de-stress and relax. Unspoiled beaches – the white sand Shell Beach could pass for the Caribbean on a clear day – and spectacular views across to nearby France are the main draws for visitors. Just don’t come expecting lots of activity. That would be missing the point of this relaxing island.

Have you ever heard the expression, “If at first you don’t succeed, try, try, try again”? Scottish King Robert the Bruce fled to Rathlin in the 14th century, driven out by Edward 1 of England. Legend has it that as he sat in a cave, pondering his future, he caught sight of a spider try to bridge a gap with its web, eventually succeeding after many setbacks. Inspired, Robert the Bruce returned to Scotland and set about regaining his crown. Today, this rugged island is the perfect place to let your mind wander. While you’re there, take a stroll to see seals basking in the sunshine, explore a working lighthouse or check out the exhibits rescued from ancient shipwrecks in the island’s visitor center.

Located out in the Bristol Channel, Lundy receives day trippers and overnight visitors drawn to its eclectic mix of properties which include a lighthouse, a castle and a Victorian mansion. It has had various owners during its history, such as Martin Harman, who in the 1920s proclaimed himself King of Lundy. His attempt to issue his own coinage landed him in hot water with the House of Lords up in London, but the stamps he used can legally be placed on an envelope to this day. These days it is managed by the National Trust and is popular with rock climbers who come to tackle one of the UK’s highest slab climbs, known as “The Devil’s Slide”.