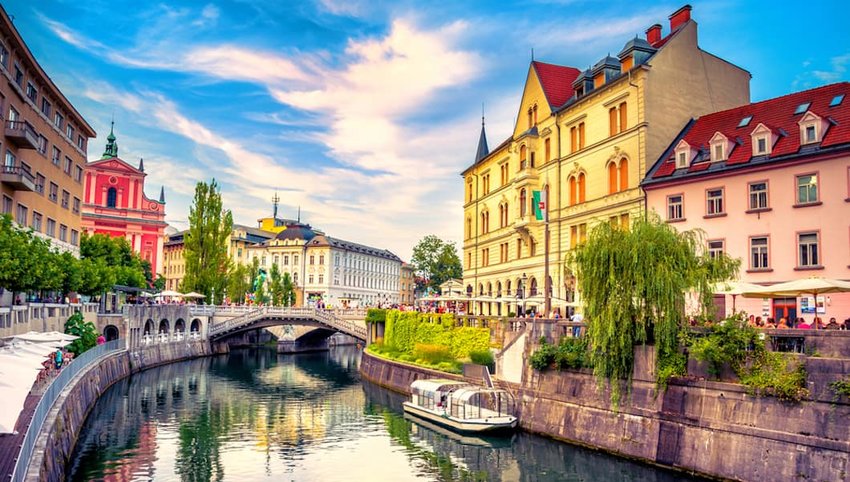 If you’re thinking of taking a city break in Europe, no doubt the likely suspects have come to mind. A handful of cities draw the majority of visitors and, while there is good reason for their popularity, they are overflowing with tourists. However, much of Europe is full to the brim with fascinating history, outstanding architecture and delicious delicacies, so there's no need to stick with the familiar for your next city break. Read on for a list of alternative European cities that put up some fierce competition against their more well-known counterparts.

Instead of the typical weekend in Rome, Venice or Milan, why not head inland to lively Bologna, Italy’s gastronomical center? The city is the capital of the Emilia-Romagna region in the north of the country, and well off the normal tourist path. While you can take it easy gazing at the outstanding medieval architecture and savor some fine dining, you can also join the youthful University crowd for some fun. Bologna offers a city of two halves, a counter-culture between glitzy operas and classic trattorias. Wherever you are in the city though, you won’t be short on amazing food and an aperitivo or two.

Worth visiting to see the Moorish Alhambra palace alone, Granada has incredible attractions to rival the likes of Barcelona. The city sits at the foot of the Sierra Nevada mountain range and its fertile land has attracted civilizations from ancient Iberians to Romans. The result is a city oozing with atmosphere, from ancient backstreets in the Albaicín district to flamenco dancing in the Sacromonte neighborhood. Today a University town, innovation is rife, and you’ll find street art, trendy food establishments and a caffeine-boosting coffee scene to keep you on the move.

If you love French food then forget about Paris, Lyon is the city for you. There are many Michelin-starred delights on offer, and almost every street is packed with Lyonnaise bouchons serving up traditional delicacies. While the city is renowned for its food, its culture comes in as a close second. Lyon’s Old Town, with its narrow streets, is a UNESCO World Heritage Site. Meanwhile, a huge regeneration project at the docklands has created the outstanding science and anthropology museum, Musée des Confluences.

Eastern Europe isn’t a typical city break destination, but it sure should be. Ljubljana, the capital of Slovenia, comes straight from a fairytale. Captivating cobbled streets curl around historic buildings set amongst incredible mountain views. Marvel at the city's collection of baroque, medieval and Art Nouveau style buildings. If you don’t fancy the hilly walk to visit the city’s castle, you can sit in one of many riverside cafes and watch others do it. If you’re of the more adventurous inclination, mountain biking, white water rafting and even skiing await.

Brno has a lot of similarities to its more famous neighbor, Prague, but an abundance of tourists isn’t one of them. The country’s second city is full of creativity, history and wonderful restaurants. The one thing that beats a city with so many fantastic places to eat is one where you can actually get a table without booking months in advance. What's more, the gastronomical feats are partnered by some pretty awesome cocktail bars. Baroque and medieval architecture at every turn, the beating heart of Freedom Square and a castle fit for the Moravian royals make for the perfect city break.

Thrown into the spotlight after being the Grand Depart of the Tour de France in 2015, Utrecht remains relatively unspoiled by tourists. What remains is a cool city — in fact, it’s the city that you probably imagined Amsterdam to be. Spend your days sightseeing on classic Dutch bikes or even rent a kayak and traverse the city’s peaceful canals. Gabled merchant houses, modernist architecture and wharf basements are the standard, making it a city ideal for design aficionados. Meanwhile, the city’s large student population has encouraged renovations. You’ll be spoilt for choice of quirky bars, hip boutiques and modern museums.