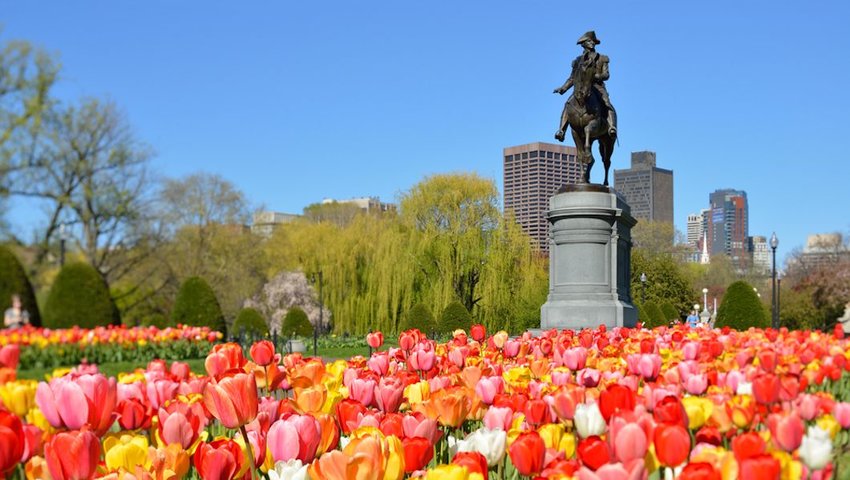 5 U.S. Cities With the Best Parks

If you’ve ever lived in a metropolitan area, then you understand the importance of city parks. Not only do they provide respite from the concrete jungle, but these green spaces allow city residents to congregate and have a little fun. Whether you want to picnic, paddle, or enjoy the quietude of nature, look no further than these five U.S. cities and their amazing parks.

Dubbed the “City of Roses” for good reason, Portland’s Washington Park is hard to beat. Its International Rose Test Garden contains 550 varieties of rose bushes and 7,000 plants in total. When the roses are blooming from May to September, it’s a lovely place to spend the afternoon or to listen to the classical concerts at the amphitheater. The park is also home to the Portland Japanese Garden, which is worth the cost of admission with its stunning waterfall, Japanese teahouse, and views of the surrounding mountains. Best of all, Hoyt Arboretum contains 12 miles of beautiful trails through 2,300 species of trees including redwoods, Douglas firs, and red cedars.

Home to the World’s Fair in 1904, Forest Park is considered by locals to be the city’s backyard. Located smack dab in the middle of downtown St. Louis, Forest Park is huge — 1,293 acres to be exact. The best part? Many of the park’s offerings including the St. Louis Art Museum, Zoo, Science Center, and Missouri History Museum are free to the public. If you prefer a more relaxed day at the park, paddle boat rentals are available at the boathouse. Paddlers can leisurely explore the park’s waterways before visiting the aptly-named Picnic Island. In the snowy months, city residents still gravitate to the park for winter-friendly activities like sledding on Art Hill and ice skating at the Steinberg Skating Rink.

New Orleans is anything but dull. Between Mardi Gras parades, live jazz concerts, and the lively bar scene, this vibrant city never seems to slow down. Luckily, New Orleans residents can escape the shenanigans on Bourbon Street by visiting one of the city’s beautiful parks. City Park is perhaps the most iconic park in New Orleans, and the oldest as well. Not only is it home to a spectacular Sculpture Garden, but the 1,300-acre park is filled with walking paths, ponds, and fully matured oak trees dripping in Spanish moss. Along the Mississippi River is Audubon Park, a peaceful oasis in the city. Known for the Audubon Zoo and the Tree of Life, the park’s walking trails are ideal for bird lovers hoping to see snowy egrets and night herons within city limits.

When writer Louise Closser Hale wrote "The spring in Boston is like being in love,” she must have been sitting in the Boston Public Garden. As the first public botanical garden in the United States, this park was meant to be seen in spring. With its colorful tulips, blooming magnolia trees, and bright pink cherry blossoms, it’s nothing short of spectacular. Also home to the famed Make Way for Ducklings sculpture and the kitschy, but oh-so-fun Swan Boats, don’t be surprised by the number of tourists the garden attracts. Adjacent to the garden is Boston Common, the oldest park in the country and an excellent spot for a picnic in the city. It’s where the colonial militia mustered for the American Revolution and where George Washington celebrated America’s independence. Since it’s also the beginning of the Freedom Trail, Boston Common is an essential stop for anyone visiting Boston.

Nicknamed the Emerald City for its sheer amount of greenery, Seattle’s park system is top-notch. But with so many outstanding parks in one city, we can’t mention them all. Discovery Park is the city’s largest park and perhaps the most well-known. It boasts 534 bio-diverse acres of tidal beaches, meadows, and sand dunes, while offering up stunning views of Puget Sound. If you find yourself in central Seattle, check out Gas Works Park.  In 1975, the city repurposed the old gasification factory into this unique park with a rolling green lawn, views of Lake Union, and the Seattle skyline in the distance. Seward Park is another gem that shouldn’t be missed. The park’s trail system, old-growth trees, and access to Lake Washington will make it hard to believe you’re still within city limits.