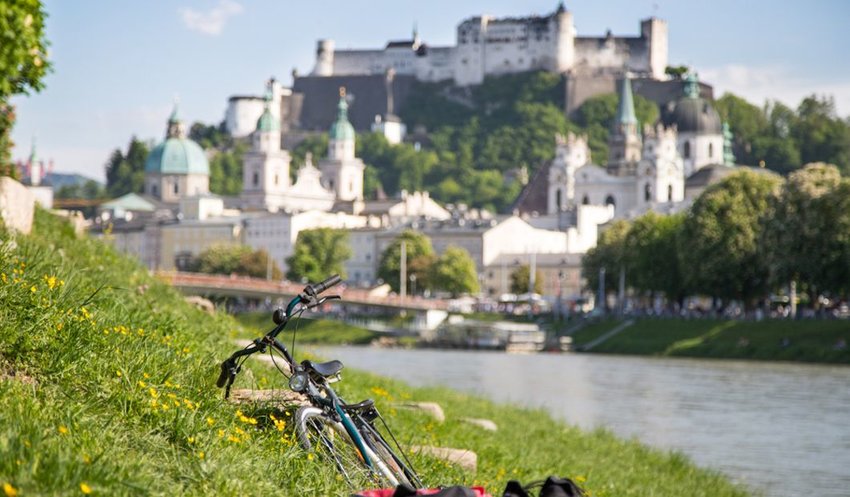 Hands up, who thinks they know Europe? I mean really know Europe. Whether you're new to the continent or are planning a repeat visit, opt for a sightseeing package that's a little different. Here are our picks for five unconventional ways to see Europe's best loved cities.

In the days when the Iron Curtain divided Berlin, Trabis were a common sight on the East side of the wall. Produced by the VEB Sachsenring Automobilwerke Zwickau company from 1957 to 1990, they were about as basic as a car could get. They had no fuel gauge, rear passengers had to make do without seatbelts, and drivers had no dashboard indicators for the headlights or turn lights. They were cheap and unreliable, leading some to cruelly dub them “a spark plug with a roof”.

These days, however, they have their fans, who adore these quirky little motors. These retro cars are a fitting vehicle in which to explore Karl-Marx-Allee and East Side Gallery, over Oberbaum Bridge (itself a symbol of the city’s unity) and through edgy Kreuzberg. Your guide will lead the way in the first car, with participants driving themselves while listening to the commentary via the radio.

Take a break from the gondolas and the vaporetti and instead try something a little more low-slung. Venice’s famous canals were made to be explored at a more leisurely pace and sliding through the water in a kayak won’t disappoint. Expect to cover around 8 to 10km on a half-day tour, taking in the smaller canals in the city, in the sestieri (neighborhoods) of Castello and San Marco.

It’s also possible to book a Lagoon tour. A full day excursion would involve around four or five hours paddling, but the rewards are more than worth the exertion. You might find yourself in pretty Burano, known for its lace, or Torcello, where in the Basilica of Santa Maria Assunta you’ll witness some glorious Byzantine mosaics.

For over 50 years, The Sound of Music has delighted generations of fans who love not only the songs belted out by the talented von Trapps, but also the beautiful scenery of their hometown Salzburg. Visit between April and October and you can tour the filming locations on two wheels in the company of an enthusiastic guide from Fraulein Maria’s Cycling Tours.

Over three and a half wonderful hours, you’ll pedal from the Altstadt up to the convent where Maria realized that she wasn’t cut out to be a nun. Freewheel downhill and along the shore of the lake in front of Schloss Leopoldskron, where the Captain’s disapproval of Maria’s unorthodox childcare methods was abundantly clear. Along the way there are many opportunities for the group to belt out the songs, especially at Hellbrunn’s famous gazebo. Whether you’re a fan of the film or not, you’ll fall in love with Salzburg by the time you return.

Zoom Along London’s River Thames in a RIB

The River Thames is London at its most iconic, a fast-flowing waterway flanked by many of the city’s most recognizable landmarks. The Houses of Parliament and Big Ben, the London Eye, St Paul’s Cathedral, Tower Bridge and the skyscrapers of Docklands are all essential to that famous skyline. All day long boats of all shapes and sizes chug up and down, from workhorse barges to sedate sightseeing cruisers and commuter clippers.

Up the fun quotient and instead take to the water in a high speed RIB. The 880 horsepower engines accelerate fast to speeds of around 35mph. The sound system blasts music to drown out the screams and squeals of drenched passengers. Thrillingly tight turns and donuts are interspersed with some of the most entertaining commentary you’ll find in the capital.

Hop on a Number 28 tram and see Lisbon in vintage style. For first-timers, it’s a chance to get your bearings as you ride the route that links Praça Martim Moniz to Campo Ourique by way of the characterful Alfama and Baixa districts. Alight to step inside the Se, Lisbon’s historic cathedral, and to admire the view over the Tagus from the scenic overlook at Portas do Sol.

The tram gets exceptionally crowded in summer, and as a result it’s common for pickpockets to work the route. Keep a firm hand on your bag and camera as you take your place on the polished wooden bench of one of these classic egg-yolk yellow Remodelado trams. They date from the 1930s, though thankfully have upgraded brakes. Sit back, relax and watch fleeting vignettes of colorful Lisbon through the tram window.