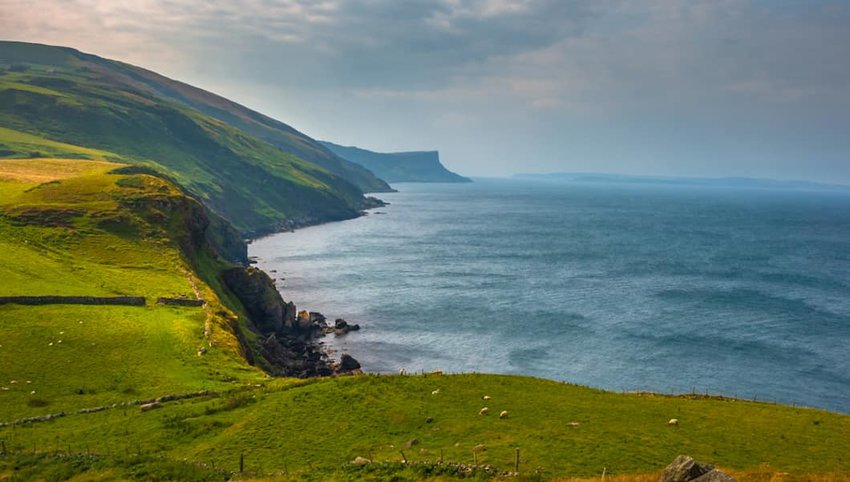 For seasoned hikers, Ireland may not be the first destination that comes to mind, but it shouldn't be ignored. Ireland may not have the sheer towering heights of the Himalayas, but not everything is about death-defying feats. In Ireland, you'll find natural beauty displayed in many different ways, and fortunately, there are hiking trails and walking paths through most of it. Here are a few ideas of where you might want to start.

If you're looking for a longer trip that isn't too tough on the legs, the Causeway Coast Way is a great option. The hike isn't especially tough, but it will take you two to three days to thru-hike the full route. Of course, if you wish to just tackle certain portions of the trail, that's easily done. The Causeway Coast Way links Ballycastle and Portstewart, both popular tourist towns. It also passes several attractions on the way, so if you're heading to Ireland for the first time and want to hike but also take in the sights, this trail combines the two perfectly.

Along the route, you'll follow emerald cliffs, stroll along beaches and occasionally walk along the road. Spend some time at the famous Giant's Causeway, a UNESCO heritage site famed for its interlocking basalt columns. Every bit of the trail is its own sort of charming, and you'll come away with a deeper appreciation for the stunning Irish landscape.

At 1,755 feet, Torc isn't an especially tall mountain, but that doesn't stop it from offering some breathtaking views from the top. Turn in any cardinal direction, and you'll see startlingly different scenery, from the views of the Black Valley to the west to the Muckross Lake and Lough Leane to the north.

If you're up for something tougher, you can take the official Torc Mountain route from the lower trailhead which will take you two hours to get to the top.

If the majority of your travels in Ireland are based around Dublin, Glendalough is a hike to keep in mind as it's very near the capital city. Glendalough isn't a hike but an area that is home to several different hikes. You'll find forest, trails, dirt paths, and even minor roads throughout this region.

The Avonmore Way Walk offers up around 80 miles of hiking, and while it's relatively easy, the sheer length means you want to be somewhat fit before you tackle it. The Wicklow Way is another hike that can take you over 80 miles, but this one crosses the top of White Hill, which is over 2,000 ft above sea level. No matter what type of hiking you want to do, chances are you'll find something here.

The Gap of Dunloe

If you're looking for a strenuous hike with a relaxing ending, this is it. The Gap of Dunloe, located in Killarney National Park, is a 15-mile round trip that starts and ends at a bar and restaurant. The hike can take more than five hours, so the idea of a warm meal and a beer or two at the end can make the challenge even more worthwhile.

The hike itself takes place over a paved road, but this isn't meant for motorized vehicles. The road will take you past a total of five lakes, all connected by the River Loe. The gap is walled in by steep mountains, while the winding river that carved the valley lazily meanders from lake to lake.

Though it is the highest mountain in Ireland, Carrauntoohil is only 3,407 feet tall. Due to the comparatively lower height of its surrounding area, the view from the summit is still incredibly dramatic. The mountain can also be dangerous, depending on the route you take to the top.

The most straightforward route is from Cronin's Yard — a worthy destination in its own right — to the top via the Devil's Ladder trail. This trail has become less steady over time from overuse, so it isn't to be taken lightly. The round trip will take you at least six hours, so plan to spend the better part of a day.

You don't need any special equipment to climb the mountain, but do be careful. At the top you'll be rewarded with stunning views. In addition to being the highest mountain in Ireland, it's the fourth-most prominent in all the British Isles, so you'll feel like you're standing on top of the world.