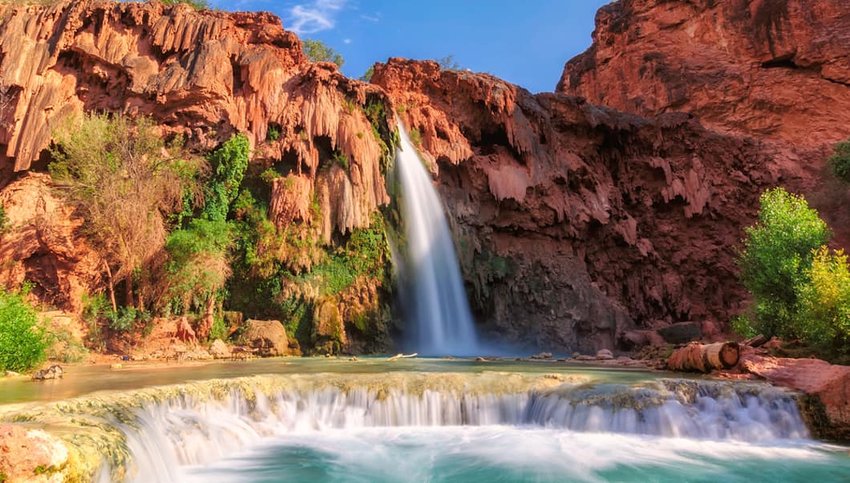 5 Off-Season Destinations to Avoid the Crowds

Holidays are all about unwinding and kicking back, not fighting overwhelming crowds and standing in line. That’s why vacationing in an off-season destination is a seasoned traveler’s favorite hack. Join those in-the-know by planning your next trip to one of these sought-after destinations during an unexpected time.

Tourists flock to North American shores and European beaches in the summer months. Instead of following the flow and endless rays of sunshine, why not head to a place where summer is winter? That’s exactly what you’ll get if you visit New Zealand in June, July or August. Kiwis love their land in the winter months because all the tourists pack up and go home and they get to enjoy their breathtaking nature and magnificent landscapes sans out-of-towners.

Savvy travelers know that while this country will be cooler during the winter (think mid-50s to low 60s), the lack of crowds and low prices will more than make up for it. A drop in the cost of airfare and accommodation is one of the biggest perks of an off-season holiday in New Zealand. Fly in August and you’ll pay under $900 for a roundtrip ticket out of Los Angeles. Fly during peak season in January and you can expect to pay well over $1,000. Similarly, hotels in the winter are much more affordable – just make sure you do your research and book in advance; some places close up for winter.

The start of the rainy season (AKA green season) might sound like an odd month to plan your trip to Costa Rica. Many tourists avoid this country starting in May for fear of their holiday getting rained out. While this is a valid concern, the soothing tropical rain is actually very unlikely to ruin anything. After all, Costa Rica is a country lush with rainforests and famous for its spiritual-like cloud forests and waterfalls, so a little rain is to be expected and certainly tolerated! Additionally, these rains will set the country aglow in an emerald green so vivid you’ll swear you’re gazing into a painting. Lastly, “rainy season” in Costa Rica doesn’t mean constant torrential downpours. In fact, sunny mornings are common and the following afternoon showers can be a nice relief from the heat. And of course, low season travel means less people, big waves for surfing, white-water rafting opportunities, ATV tours and more – all at discounted prices.

The Caribbean is notorious for getting slammed by hurricanes during the summer and fall months – typically considered their “off-season” because of the weather risk. The trick to cashing in on this knowledge is aiming below the belt – below the hurricane belt, that is. The ABC islands (Aruba, Bonaire and Curacao) hover just south of the destructive path a Caribbean hurricane usually takes. Statistics show that Bonaire gets hit by a hurricane once every 28.8 years, so while it doesn’t completely guarantee your holiday won’t get washed out, you stand a good chance of avoiding weather altogether. We chose Bonaire because it packs a major punch in terms of adventurous activities; it boasts some of the best scuba diving in the region, an epic limestone landscape for rock climbing, and near perfect kite surfing conditions.

Mexico is a known budget destination at any time of year, but it’s especially enticing during the frosty winter months as well as a famous spring break hotspot for American students. While many people pass up Mexico in the summer for the eastern seaboard or the glamorous European rivieras, Mexico gets cheaper and cheaper as it tries to keep business churning. If your summer priorities are all about sunshine, sand and swimming in the ocean, and crowded coasts aren’t your thing, head south to Puerto Vallarta. Hotels cut prices and typically remain half empty, meaning you get a cheap vacation you don’t have to share with a million of other snow birds. For example, the Marriott Puerto Vallarta Resort and Spa, a 4-and-a-half star hotel, costs $200/night in peak season and $135/night in low season.

Your friends might look at you like you’re crazy if you suggest a trip to the middle of the desert during the hottest months of the year, but the value is in the eye of the beholder. Head to the up-scale resort city of Scottsdale and take advantage of half-off spa treatments, lower accommodation rates, and some of the most happenin’ parties of the summer. Despite the summer heat, you can still discover the Southwest’s funky landscape by checking out the area’s swimming holes or lakes and rivers. Top off a day with an evening of stargazing or by taking an after-dark dip in one of the many Insta-worthy resort pools.