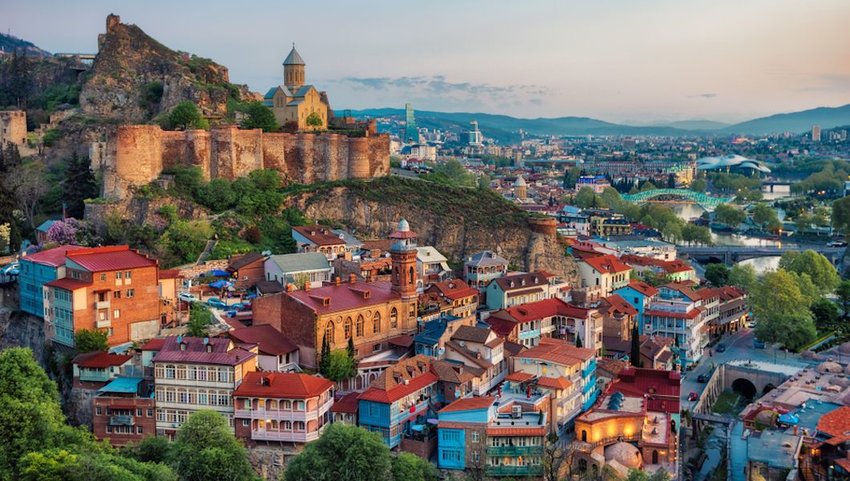 5 Incredible European Countries Everyone Forgets About

What happens when we’ve visited all of the popular travel destinations and have the urge to escape the common tourist trail? We get off the beaten path at places that often go unnoticed yet present a wealth of rewarding experiences. The Old Continent is home to 51 counties that showcase ancient cultures, jaw-dropping natural scenery, gorgeous coastlines and world-famous landmarks. From the Pyrenees principality of Andorra to the European-Asian intersection of Georgia, here’s five incredible European countries that everyone forgets about.

Andorra is a micro-state nestled in the shadow of the Pyrenees on the border of Spain and France. Influenced by Italian, French and Spanish cultures, this is the only place in the world to declare Catalan as its sole official language. It’s where snowcapped peaks soar above lush green valleys, at the foot of which sit quaint towns and villages.

In the capital city Andorra la Vella, an enchanting medieval charm radiates through the streets and squares of the Barra Antic old quarter. Meanwhile, upscale boutiques and jewelers line Meritxell Avenue. Mild summers make Andorra a hiking paradise and miles of trails deliver you into postcard-perfect landscapes. Explore routes such as the 27-mile GR7: Andorra, D’Est a Sud, which forms part of the European Grande Route E hiking trail between Greece and Gibraltar. In winter you can carve up on the slopes of the Grandvalira, Pas de la Casa and Soldeu ski resorts.

Ruled at times by the Greeks, Romans, Byzantines, Ottomans and Soviets, Georgia is as much a historical crossroad between Europe and Asia as it is a geographical one. This is one of the world’s last untouched paradises, a country with a landscape defined by Black Sea beaches, the Caucasus Mountains and dozens of national parks.

You can hike to age-old churches and monasteries in Kazbegi National Park and trek to Devdoraki Glacier. In the northwest, the Svaneti region is a UNESCO-protected area that boasts the tallest Caucasus peaks and time-honored Svan villages among its riches. Wine has been made in Georgia for 8,000 years and the Kakheti Wine Region has several bodegas that open their doors for tours and tastings. For urban adventures, visit the art nouveau masterpieces, galleries and sulfur baths of the capital, Tbilisi.

If you really want to get away from the crowds then consider a trip to the world’s biggest non-continental island. Greenland is one of Mother Nature’s true marvels yet often a place most people only fly over on their way from Europe to Canada. And yes, as a Danish territory it's technically part of Europe.

Unlike neighboring Iceland, it hasn’t received the cult status among the everyday traveler yet. Visits to Greenland entail discoveries of an awe-inspiring scenery made up of glaciers, hot springs, icebergs, ice sheets and wildflower meadows. You can experience the midnight sun and watch the mystical Northern Lights. The Greenland National Park is an arctic wilderness inhabited by musk oxen, polar bears and walruses. Delight in the chance to camp overnight on the Ice Cap, follow in the footsteps of Vikings and ride on dogsled just as the Inuit people do. Brightly-colored houses characterize the capital Nuuk, itself a hotbed of Inuit arts, crafts, cuisine and fashion.

While Croatia has been making headlines as the place to be on the Adriatic, its southern neighbor Montenegro offers much of the same in a compressed version. There’s centuries of history to uncover at towns located between the Balkan Mountains, fjord-like Bay of Kotor and 182 miles of Adriatic Sea coastline.

The fortified town of Kotor is a UNESCO-listed site decorated with medieval glories such as St. Tryphon Cathedral and the Castle of San Giovanni. There’s beautiful religious landmarks in Perast and ancient mosaics in 1,700-year-old Risan. Hiking, lake swimming, whitewater rafting and wildlife watching awaits inland at the country’s five national parks. Lake Skadar National Park blends lakeside beaches with mountain scenery and colorful birdlife. Budva, Sveti Stefan and the other 100-plus beaches will tempt you in the warm summer months.

Of the three countries that make up Great Britain, Wales is the smallest and is packed with historic castles, mountain-clad national parks and a dramatic coastline. If you like outdoor adventures then you’ll have a blast  kayaking, rock climbing and spelunking amid the gentle green pastures of Brecon Beacons National Park. The 1,085-feet-tall Snowdon dominates Snowdonia National Park and is reachable by foot and mountain railway. Beach and nature enthusiasts flock to Pembrokeshire Coast National Park, where 186 miles of trails lead to gorgeous beaches, surf spots and picturesque villages.

You’ll want to dedicate some time to Cardiff, the nation’s vibrant capital that offers international sports, museums, nightlife and everything in between. Visit the home of poet Dylan Thomas in Swansea and the tin mining towns of the Rhondda Valley. No trip to Wales is complete without a tour of Conwy Castle and other castles built for and fought over by feuding British monarchs.