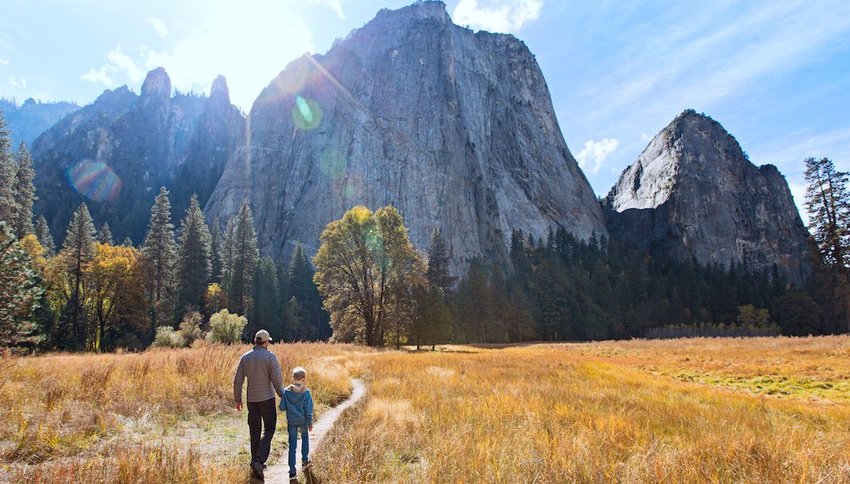 Your dad is a special guy in your life, and this Father’s Day, you want to show him how much he means to you. What better gift could there be than a vacation that’s tailor-made for him? If you need a last minute gift, here are five fun trips you can gift your dad to make some lasting memories.

Embark on the ultimate baseball road trip and catch a game at as many MLB parks as you can. Start at the home stadium of your dad's favorite team, and go from there. Maybe you'll hit the East Coast, road tripping from Fenway Park to Yankee Stadium and ending at the Baseball Fall of Fame. Or maybe you want to expand your territory, driving from Rangers Stadium in Arlington to Wrigley Field before hopping over to Omaha to catch the College World Series. Don't forget to factor in the best ballpark food (such as the Cuban sandwich at Tropicana Field). Finally, remember that AA and AAA teams also play some great baseball and might be worth a stop on your trip.

Does your dad love waterfalls, mountains and everything else outdoorsy? Spend a weekend hiking in Yosemite National Park. The park has over 750 miles of trails to explore and you can also take guided tours that begin in Yosemite Valley. Go to a ranger program to learn more about the land and try some fishing, horseback riding or rock climbing. Make sure to end your vacation with some stargazing for a truly special memory with dad — on Saturdays in the summer, astronomers regularly set up telescopes at Glacier Point.

There’s nothing more relaxing spending a weekend wine tasting, and if you want to take an extended trip out of the country, when Mendoza — a city in the Cuyo region of Argentina — is the best place to do it. Bike from vineyard to vineyard, take a cooking class and drink plenty of the red wine that Mendoza is known for. If you and your dad have had all the wine you can hold, head to a thermal spa to relax, or take a day-long horseback trip up into the mountains.

For the dad who loves sharing random history facts, there’s nothing better than spending some time in the nation’s capital to discover the nation's past. The classic Lincoln Memorial and war memorials are obviously must-sees, but visit some slightly lesser-known spots, too — such as the Octagon House. The Octagon House was designed by the same architect who designed the U.S. Capitol, and is where President Madison signed the Treaty of Ghent, which ended the War of 1812. You can also learn about George Mason at the George Mason Memorial and tour the Woodrow Wilson home. Plus, don’t forget to stop by the National Archives to view documents like the Emancipation Proclamation and an original 1297 copy of the Magna Carta.

Game of Thrones Tour of Belfast

If your dad loves to geek out about the popular HBO show Game of Thrones (who doesn't?) take a trip to Northern Ireland, where the majority of the show was filmed. Visit the set of Winterfell, where you can see the archway where King Roberts arrived, the castle where Bran fell from the window ledge and more. If your dad enjoys biking, take a cycling tour of several key filming locations. And while you’re in Belfast, try out the Game of Thrones-inspired escape room to see if you and your dad can team up and break your way out.