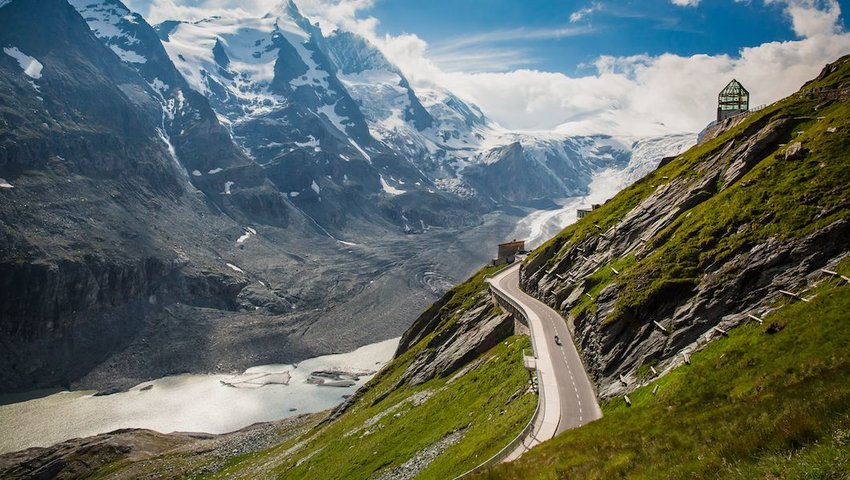 Ditch the Trains for These 5 European Road Trips

The delights of Europe’s extensive rail network are well-documented and for many, an Interrail or Eurail trip is a rite of passage. However, there’s nothing quite like the freedom of the open road and the continent’s diverse scenery makes for some spectacular drives. Pick a region, ditch the trains and try these five European road trips for size. They’ll challenge your driving skills, but the memories you make will last you a lifetime.

One of Europe’s greatest seasonal drives can be found in beautiful Austria. The Großglocknerstraße (Grossglockner High Alpine Road) provides drama in the form of an endless succession of switchbacks and hairpins as you slowly make your way up the pass from Heiligenblut am Großglockner. The reward is the view from the top – look up for soaring golden eagles and down for cute little marmots. When you can drag yourself away, the descent takes you past the Pasterze glacier to Kaprun, where you’ll find a 12th-century castle and paths beside the tumbling glacial waters of the Sigmund-Thun gorge. The area’s packed with potential for excursions: to the elegant city of Salzburg via Germany’s Berchtesgaden (park inside the mountain when you get to Mozart’s birthplace) or west through the pretty villages of the Tirol to Innsbruck.

Fans of epic road trips, this one’s for you. Roads don’t come more adventurous than this. Romania’s Transfăgărășan Road is arguably the world’s most breathtaking driving road, traversing the Făgăraș Mountains from Bascov to Cartisoara. In the early 1970s, so the story goes, then-leader Nicolae Ceausescu needed a strategic military highway in case the Russians crossed the border. Critics of the regime call it the vanity project of a megalomaniac. Whatever the reason for its construction, the result was this 71-mile-long masterpiece of civil engineering, fully open only from June to October. While you’re in the area, team it with some more leisurely drives along Romania’s back roads, building in stops for Transylvanian gems like Brasov and Sighisoara as well as the odd flock of sheep.

The 570-mile journey from Bergen to Trondheim through Norway’s fjords is one of the most spectacular in Europe. Though it can be driven non-stop in around 18 hours, it’ll be hard even to get going. Bergen itself is a captivating place. Its atmospheric waterfront, Bryggen, and the views from nearby Mount Fløyen, accessed by the Fløibanen funicular, will make leaving the city a wrench. But eventually, the thought of what you might be missing will take you beyond the city limits and through some of Europe’s most awe-inspiring landscapes. Drive up the hairpin bends of Trollstigen, gaze at striking Geirangerfjord – dubbed the world’s most beautiful fjord – and explore the city of Ålesund, known for its Art Nouveau architecture. As you venture north, make sure you drive the Atlantic Road, which links Bud to Kristiansund via eight extraordinary bridges.

UNESCO listed it as one of the world’s great cultural landscapes, calling it “an outstanding example of a Mediterranean landscape, with exceptional cultural and natural scenic values.” The road that hugs the Amalfi coast is not for the faint of heart, despite the fact that it’s a public bus route – perhaps even because of that. If you meet the bus in oncoming traffic with such impossibly narrow lanes, things can get tight real quick. Narrow curves cut into the cliffs high above the ocean. Heavy traffic is the norm. But there’s something about driving this, one of Italy’s most notorious roads, which sets it apart. Take turns at the wheel, for each of you is going to want to gaze out at the glittering waters of the Tyrrhenian Sea. Pull in and explore some of the most exquisitely glam resorts in the country: Positano, Amalfi and, with the briefest of inland detours, Ravello.

Scotland’s answer to Route 66, the North Coast 500 connects the dots from castle to castle along the coastline of the Scottish Highlands skirting lochs and unspoiled beaches. It meanders through forgotten single track back roads to open up some of the United Kingdom's most magnificent and often overlooked scenery. Don’t try to pronounce the place names — even Brits, particularly those from south of the border, will struggle with the likes of Bealach na Bà, Inchnadamph and Achmelvich. Essential stops: a stroll along the sands of glorious Balnakeil Beach, an ascent of Stac Pollaidh (one of several mountains you can climb from the 500) and a summer boat trip from Chanonry Point for a chance to see its resident dolphin population.