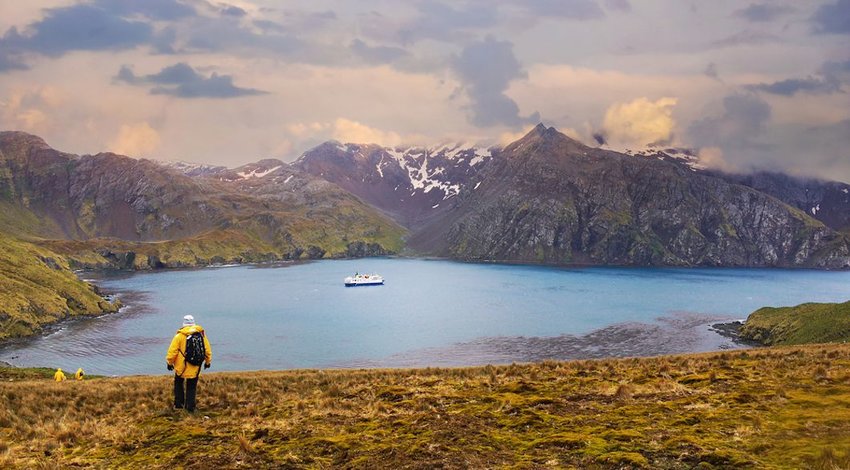 5 Cruises to the Most Remote Spots in the World

If you’ve cruised the Caribbean, the Mediterranean, and other popular cruise locations, you might be ready for something a little more adventurous. Sometimes, the most remote destinations in the world are only accessible via boat. If you're dreaming of distant shores, here’s a look at five cruises that will take you to some of the most remote spots in the world.

If you're heading to the North Pole, you're better off joining a cruise than taking a sleigh. Several cruise lines offer expedition cruises to the Arctic, including the North Pole. This cruise is an extreme adventure that not many travelers will check off their bucket list. Companies like Polar Cruises arrange North Pole expeditions that depart from Murmansk, Russia and cruise the Arctic Circle. Board a powerful nuclear icebreaker and head to the top of the world. You can also take a helicopter tour over the Arctic Ocean and, weather permitting, soak up the views by a tethered hot air balloon. For the really adventurous traveler, consider taking a dip in the icy waters as part of a polar plunge.

You can reach Papua New Guinea’s main island via flight, but its smaller islands and other coastal islets are only accessible by boat. In fact, many of the island nation's villages only have access to the “outside world” through cruise ship visits. Scuba divers already know about Papua New Guinea's stunning dive sites, but there is plenty to do and see on land as well.

Cruise lines like P&O have multiple itineraries to Papua New Guinea, with up to eight different ports of call and plenty of shore excursions that range from mild to wild. Ports like the Trobriand Islands are some of the most untouched islands in the world, which means you’ll be among the few travelers who experience the local culture.

Look at cruise lines like Silversea for a selection of Easter Island cruises. Some itineraries include Easter Island as part of longer trips that hop from Chile to New Zealand and more.

Head off the beaten path to the Northern Atlantic and book a cruise to the Faroe Islands. The archipelago of volcanic islands was discovered in the 8th century A.D., and Vikings settled here around 100 years later. While the Faroe Islands have their own currency, parliament and language, they are still part of Denmark. Even in the summer, the temperatures here tend to be on the low side, so you’ll want to pack some layers.

Multiple cruise lines visit the Faroe Islands. When you choose an itinerary on Princess Cruises, there are multiple ports of call in the archipelago. Tórshavn is the capital and where the Vikings founded the first parliament. Kvivik is one of the oldest settlements and only has around 500 inhabitants, while Saksun has a population of fewer than 50 people.

With no airport landing strip, high winds, rough weather and a considerable distance from the mainland, South Georgia is one of the most remote islands in the southern Atlantic Ocean. Not even helicopters can make it on one tank of fuel. South Georgia is approximately 1,500 miles east of the Falkland Islands. You won’t find people living here, but the main draw is the largest colony of penguins in the world.

This British Overseas Territory was once a center for the local whaling industry, but these days it’s primarily a port for Antarctica cruises. Consider an itinerary on Hurtigruten, like the 23-day cruise that stops in the Falklands and South Georgia along with an extended tour of Antarctica.