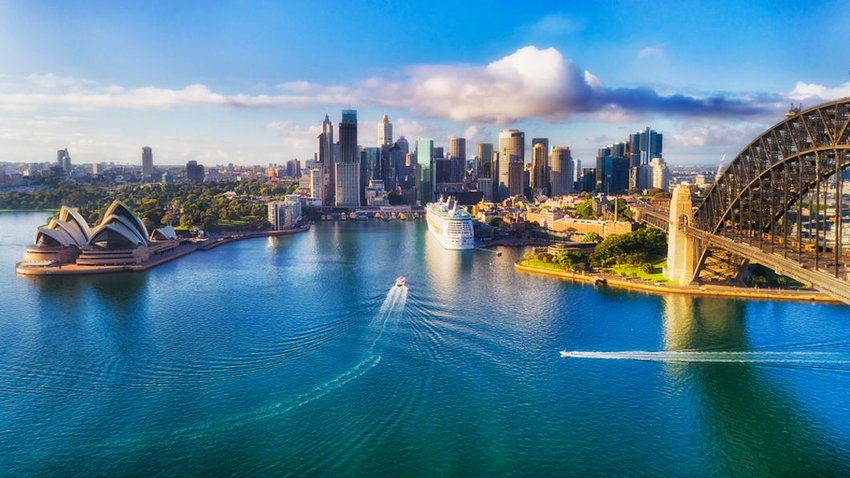 Every year, communities worldwide are impacted by hurricanes, fires, volcanic eruptions, and floods. In the aftermath of these natural disasters, many of us wish to help, donating to organizations that will provide aid in the face of a crisis. In addition to these contributions, however, one of the best ways to help a country in need is to pay it a visit. Tourism dollars go a long way in rebuilding a fractured country and boosting a flailing economy. If you want to help, here are five countries that need your love in 2020.

In August 2019, Hurricane Dorian slammed into the Bahamas, leaving total destruction in its wake. Out of the 700 Bahamian islands, Grand Bahama Island and the Abaco Islands suffered the most severe damage. Months later, these islands have not yet recovered from the devastation brought on by the storm — Abaco remains closed to tourists, while Grand Bahama is slowly recovering in time for the busy season.

The good news? The best way to support the island nation is to book a trip. Approximately 40% of the country’s gross national product depends on tourism, and spending your vacation days on a beach in the Bahamas will directly support the local economy. Many popular islands, including Nassau, Paradise Island, the Exumas, and Cat Island were unaffected by the storm. Even better, the popular resort Baha Mar is running a program called Pack with Love, asking tourists to bring needed items for victims of the storm, such as clothing, school supplies, and baby items.

Early season wildfires have recently ravaged Australia, destroying the landscape in New South Wales, burning down homes in Queensland, and severely affecting air quality in Sydney. Although Australia suffers from bush fires annually, a two-year-long drought has caused this season to start earlier than normal and the fires have raged for weeks on end. In addition to the lives lost by firefighters and residents, the nation's population of koala bears suffered greatly after 2.5 million acres of land burned on the east coast.

It may be hard to find an upside to such sad news, but the best way to help Australia is to book a flight down under. Bush fire season typically ends in March and your tourist dollars will serve to support the nation as a whole. And since Australia is a large country with much to see, you have your pick between relaxing beach towns and rugged national parks, cave explorations or winery tours. Wherever you choose to go, your travels are sure to be of benefit to the region’s affected communities.

The eruption of Guatemala’s Volcán de Fuego may seem like a distant memory, but the natural disaster’s impact on the country has been long-lasting. The eruption, which occurred on two separates days in June 2018, pummeled the surrounding landscape, annihilated rural villages, and resulted in hundreds of deaths and missing persons. It also occurred in one of the most heavily trafficked areas for tourists, which immediately caused visitor rates to drop.

Today the volcano remains active, and although visitors may see plumes of smoke or hear deep internal rumblings, the area is considered safe. The people who were hit the hardest from the eruption were the rural locals, many of whom make a living off the tourism industry. Visiting Guatemala, and more importantly, supporting the nation’s rural indigenous cultures, will make a difference in the lives of those affected by the natural disaster. If you choose to visit in 2020, make sure to book local tour guides, consider using a homestay, and purchase homemade wares crafted locally.

In the late summer of 2017, back-to-back hurricanes slammed into Puerto Rico within weeks of each other. The first hurricane, Irma, left much of the island without power while the latter, Maria, wrought total devastation. Thousands of lives were lost and those who survived found themselves living amidst a humanitarian crisis.

Although thousands of Puerto Rican residents rely on tourist dollars for income, the industry came to a halt in 2017 as the nation was forced to rebuild. Over two years later, the U.S. commonwealth has shown much improvement, thanks to the endless efforts of hardworking locals. If you need more reasons to visit, know that hotels have been refurbished, small businesses have cropped up, and the food scene is better than ever. To show support for communities still suffering from the hurricane, pay a visit to the outer island of Vieques, which hasn’t bounced back as quickly as the main island or Culebra.

Despite its rising numbers, Italy’s annual flux of tourists hasn’t been enough to save the country from its current financial crisis. And now, one of the country’s biggest draws, the city of Venice, is flooding. Already a city underwater, November 2019 marked the highest floodwaters since 1966, as rising tides caused extensive damage to the city’s churches, cultural landmarks, local business, and homes.

The flooding initially caused many cancellations amongst fall time tourists, which affected the local economy even further. However, if you own a pair of waders or galoshes and are willing to carry your possessions on your back, the city is still open to visitors. If you prefer to wait it out, the “aqua alta” or “high tide” is expected to last through December, at which point Venice will greatly benefit from the cash influx brought on by visitors. Regardless, both the lagoon city and the country itself could use some love from your tourism dollars, so perhaps it’s time to book that long-awaited trip to Italy.