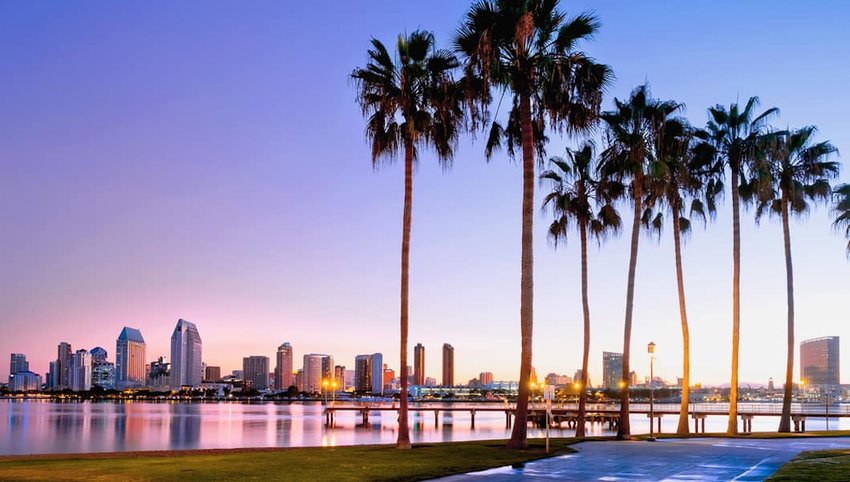 What do you do when you have the travel ambitions of a king but the bank balance of a pauper? Though you might expect to be confined to home turf, there are plenty of U.S. cities that offer great value for money when it comes to tourism. Here are what we consider the five best U.S. cities to visit for under $100 a day.

The Windy City has plenty to do if you’re on a tight budget and you don’t have to stay too many blocks back from the lake shore to bag a bargain bed. Hostels like Freehand are characterful, clean and comfortable, making a cheap trip a pleasure. There’s no shortage of free attractions, from a concert on the lawn of Millennium Park to a visit to the wildlife at Lincoln Zoo. Save your cash and take one of the fascinating architecture boat tours for a different perspective on Chicago’s towering skyscrapers. And though the city has many fine dining options, its cheap eats are also something to get excited about. Try Gene and Jude’s, who’ve been serving hot dogs since 1946, or deep dish pizza from the likes of Lou Malnati’s or Gino’s East.

This vibrant southern city claims to be both the home of the blues and the birthplace of rock and roll. It’s no surprise that it’s a mecca for music fans. Though tickets for Graceland start at just over $40, if you want to pay your respects at Elvis’ grave you can visit the Meditation Garden free of charge from 7.30am to 8.30 each day. Beale Street’s live music is also accessible to travelers on a budget. Listen to some of the region’s best live acts while eating and drinking in eternally popular venues like the Blues City Café, BB King’s or the Rum Boogie Cafe. Quirky and entertaining, the twice-daily Duck March at the Peabody Hotel is also open to anyone and won’t cost you a cent.

Though the swankiest suites of the Bellagio and Mirage will set you thousands of dollars per night, it is possible to find cheap accommodation in Las Vegas thanks to the likes of Airbnb. So long as you keep a firm rein on the purse strings, a night at the casino doesn’t have to be off the table – set a budget up front and only reinvest what you win. If Lady Luck doesn’t smile on you, there’s always people watching on the Strip or the free fountain show in front of the Bellagio. By day, spend your precious dollars on visits to the Mob Museum and the Neon Boneyard to give you a sense of what made this city what it is today. Alternatively, head an hour out of town for a hike in the beautiful Valley of Fire State Park. The undulating colors of the Fire Wave Trail are particularly special in the early morning or late afternoon light.

Dorm beds at the HI Washington DC start at a little over $30 per person and for that price, you’d be surprised to learn that you’re only a fifteen-minute walk from the White House. There’s no end to what you can see in the capital without spending a dime. Head over to the Lincoln Memorial, educate yourself in the hallowed halls of the Smithsonian or take a pre-booked tour of the U.S. Capitol and Library of Congress. In spring, be sure to include the Tidal Basin in your itinerary. It’s a riot of color as the many cherry trees, gifted from Japan, are laden with blossom. When boating season kicks off again in March, it costs less than $20 for an hour in a paddle boat to see the pretty scene from the water too.

California’s most southern coastal city is a delight, whatever your budget. The public transportation network will take you to most of the major attractions for next to nothing and accommodation doesn’t have to be expensive, even in central and oh so charming neighborhoods like the Gaslamp Quarter. Old Town is a must, laid out in 1769 as California’s first settlement. To visit the haunted Whaley House, you’ll need $10, but many of its other historic buildings can be seen without the need for a ticket. And while the excellent zoo’s not cheap, a stroll among the mansions and trees of Balboa Park is free and highly recommended.