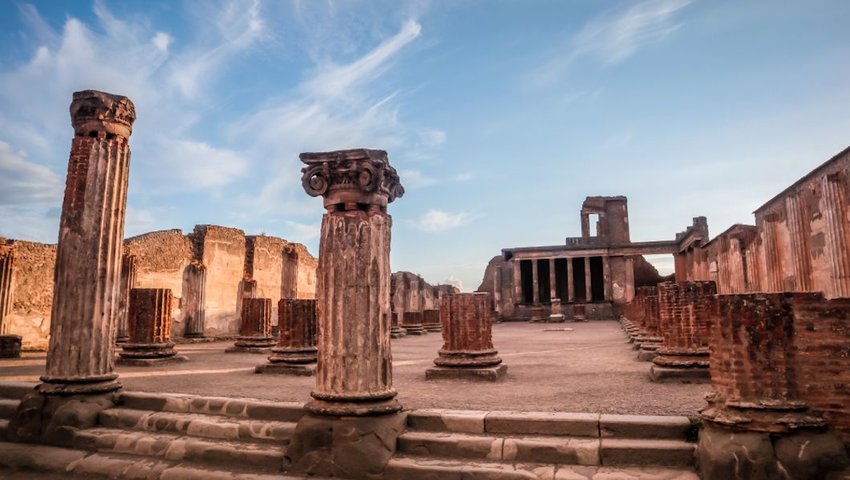 Europe’s rich cultural heritage makes it a treasure trove for history buffs. The diverse landmarks and monuments span the centuries, so whether your interests lie in ancient civilizations or modern political change, there’s a place for you. Here are our picks for 15 European sites all history buffs must visit.

Thingvellir – or Þingvellir as they call it locally – is one of the most stunning natural landmarks in Iceland, but it has historical roots that run deep. It was the site of the original Icelandic parliament, known as the Alþing, which is the oldest legislature in the world that still exists. Stroll along the path flanked by steep cliffs at the place where the North American and Eurasian tectonic plates meet. Let your mind wander to the lawmakers and politicians who would once have shaped the country’s future.

The Allies carved up 1940s Germany after Hitler’s defeat and Berlin was perhaps the biggest casualty. The wall dividing east and west came down in November 1991 paving the way for a reunited country that would become Europe’s powerhouse. Checkpoint Charlie, the East Side Gallery and the Memorial to the Murdered Jews of Europe are all essential stops if you are to gain an insight into the events that impacted all of Europe.

In the early 16th century, the conquistadors set out from Spain in search of the riches of the New World. To understand what drove them, climb to the hilltop castle in Trujillo and gaze out over the sun-baked plain that made earning a living from farming a tough gig. While you’re in this relatively unknown Extremaduran town, check out the Pizarro Museum to learn about the man who conquered the Inca Atahualpa.

In 79 AD, a devastating eruption obliterated the Roman towns of Pompeii and Herculaneum. Ash and pyroclastic flows emanating from Vesuvius preserved every aspect of life at the time, from the cart ruts in its cobbled streets to its brothels. Today these settlements are fascinating open air museums, a must on any Italy itinerary.

Stockholm has a long and interesting seafaring history. The pick of the bunch when it comes to its maritime attractions is the Vasa ship. This vessel sank on its maiden voyage in 1628, never making it out of the shallow waters of Stockholm’s harbor. Later, it was recovered and its timbers were lovingly restored to enable visitors to appreciate both its scale and beauty.

The city of Mostar developed in the 15th and 16th centuries as an Ottoman frontier town. It’s best known for its mediaeval bridge, known as Stari Most, which spans the Neretva River. But what you’ll see today is a copy, a legacy of the 1990s conflict. Stay until evening, when the day trippers desert the Kujundžiluk district and you can have the cafés and the souvenir sellers to yourself.

The Palace of Versailles, France

Built by Louis XIII as a hunting lodge and extended by his son Louis XV to create the seat of government, the Palace of Versailles receives an estimated ten million visitors a year. The palace’s role as a Royal home was short-lived; Louis XVI was evicted during the French Revolution. But today, this decadent and ornate palace and its gardens continue to amaze visitors.

“In Flanders fields the poppies blow

Between the crosses, row on row”

So wrote the Canadian medic and poet John McCrae, after serving in World War One. In the northern Belgian town of Ypres, learn more in the Flanders Fields Museum, located in the reconstructed Cloth Hall. Nearby, pay your respects to those who made the ultimate sacrifice at the Menin Gate Memorial as the bugler plays The Last Post.

While museums are known for their own cultural and historical appeal, this St. Petersburg museum brings something extra the table. The second-largest museum in the world stretches back to 1764 when Empress Catherine the Great began amassing a large personal collection of art. Today, the collection spans over 3 million items, with only a percentage on display. The main museum is located in the Winter Palace, a sprawling structure with its own storied history and gorgeous architecture.

This monastery, founded in the 10th century, was the work of students of a hermit called St Ivan, who lived an austere life in a cave nearby. The current structure dates from the 14th century and has been a UNESCO World Heritage site since 1983. Its colorful frescoes and elegant colonnades make this one of the most important cultural sights in the country.

One of England’s most compelling archaeological mysteries, there are a plethora of theories that attempt to explain the purpose of this circle of stones. The stones of the inner circle were hauled to the Wiltshire site from South Wales, a formidable journey of some 250 miles. The circle of stones topped with heavy lintels came a little later, about 1500BC.

The Parthenon has overlooked the city of Athens from Acropolis Hill since the 5th century BC. It’s dedicated to the goddess Athena and took 15 years to build. Don’t miss the decorative panels on the outside of the temple, called metopes, which depict battle scenes between Olympian gods and giants, and Theseus leading the Athenians to war against the Amazons.

In 1360, the German Hanseatic League set up a branch in the Norwegian city of Bergen. The timber wharves and warehouses of the Bryggen district now form a UNESCO World Heritage site. Narrow alleyways bisect the colorful gable ends while the legacy of a World War Two explosion gives the place a noticeable list, which only adds to its historic charm.

Moscow's Red Square was once a slum, cleared to create one of the city's most elegant public spaces. Its name originally translated as “beautiful” a title that still stands to this day. The brightly-colored domes of the 16th-century St Basil's Cathedral dominate, but this church, consecrated in 1561, is not the only must for history buffs. Surrounding the square you’ll find Lenin’s mausoleum, the Kremlin, Kazan cathedral and GUM department store.

The first walls to enclose Dubrovnik’s characterful old town were erected in the 9th century. By 14th and 15th centuries, the threat of attack led to the strengthening of the city’s fortifications with thicker walls and forts. Today, a heady mix of limestone streets and Baroque architecture set against the glittering Adriatic draw tourists in their droves. It doesn't hurt that the site served as the backdrop for many Game of Thrones episodes.