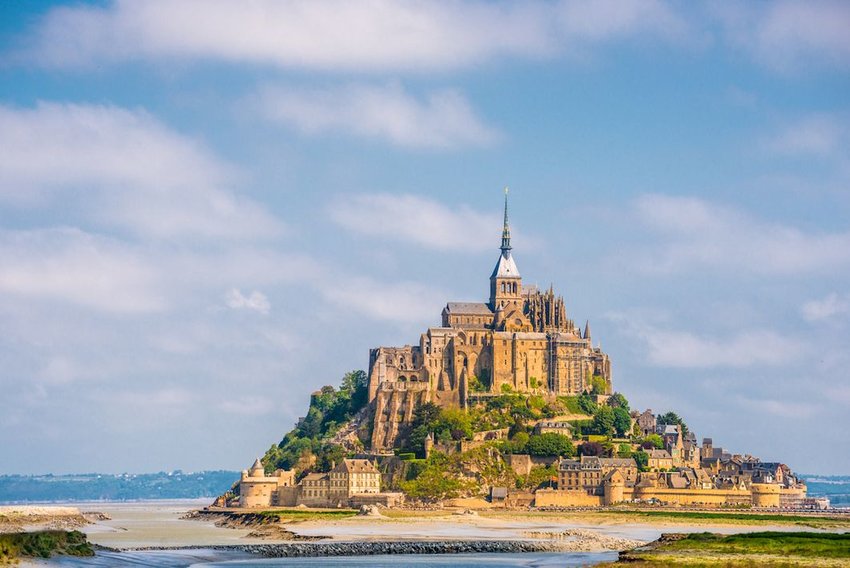 Around the world, there are more than 1,000 UNESCO-protected landmarks that represent natural, cultural and historical places of significance that we need to protect from ruin. From national parks to ancient citadels and natural wonders of the world, here are 10 World Heritage Sites that you really need to visit this summer.

The Old City of Jerusalem, Israel

Jerusalem is steeped in religious symbolism, standing proud as a holy city for Islam, Christianity and Judaism. Its 220 historic monuments represent such great cultural and historic importance that it has to be on your list of UNESCO sites to visit this summer. Leading the list of must-see attractions are the Dome of the Rock, the Wailing Wall and the Church of the Holy Sepulcher. There is something for everyone in this bustling city full of ancient walls, intriguing narrow alleys and vibrant marketplaces.

The ancient city of Chichén Itzá is full of majesty and mystery. At the center of pilgrimage for more than a millennium sits world-famous Mayan architectural relics like the Pyramid of Kukulcan, or El Castillo. This iconic relic was built between 800 and 900 A.D. to honor the feathered serpent god in the ancient city. The best time to visit is during the spring equinox when the sunlight produces shadows that give the illusion of a serpent ascending and descending the side of El Castillo's staircase.

Göreme National Park and the Rock Sites of Cappadocia, Turkey

Cappadocia is a geologic wonderland that has to be one of the most thrilling World Heritage Sites in the world. The fairytale landscape will captivate you with its fun and whimsical natural marvels. Immerse yourself in the fairy chimneys, rock-cut frescoed churches and Byzantine subterranean cities on hiking and horseback riding trails, or take it all in by soaring above Göreme in a hot-air balloon. You can even bed-down in one of the cave hotels in Göreme.

One of the most romantic World Heritage Sites in the world was founded by a hermit from Ireland. This popular attraction features incredibly intricate architecture and quaint winding streets that feel like stepping into an enchanted storybook. Sitting on an island just off the Normandy Coast, the Mont Saint Michel Abbey towers over the medieval city. This fabulous church was built in a Gothic and Romanesque style that is simply breathtaking. This isn’t just a staged tourist spot; the island is inhabited and there are many fantastic things to see, including great museums and ancient churches.

A visit to Serengeti National Park this summer will leave a lasting impression. The raw, untamed miracles of our planet are on display in this corner of the world. The Serengeti is home to our oldest ecosystem and in addition to the Big Five, the Serengeti and the Ngorongoro Crater area is the center-stage for one of the grand natural wonders on Earth — the Great Wildebeest Migration. Millions of game animals like wildebeest and zebra come to the region in search of fresh pastures during this annual event. The best place to watch all the action is at the water’s edge where lion and crocodiles compete over a smorgasbord of fast-moving game.

This 18 mile-wide and 1-mile deep natural wonder just turned 100 years old (at least, its national park designation did) and is still going strong. Grand Canyon National Park is a World Heritage Site heavyweight that draws visitors from all over the planet to gaze upon its unsurpassed beauty. The world’s most spectacular gorge was carved out of the solid rock by wind and the power of the Colorado River. A visit to the Grand Canyon will stir your spirit of the American Southwest as you learn about Native American culture and stand in awe of the sheer magnificence of the work Mother Nature has done.

This UNESCO site in Kwazulu Natal is absolutely incredible and home to Africa's largest estuarine system. There seems to be an unending display of diversity in this park where you can choose from coral reefs, crocodile-filled rivers, lakes, coastal dunes, swamps and savanna. The wetlands are home to over 500 species of birds that will entertain you as they fly among loggerhead turtles, elephant, leopards and rhino. iSimangaliso is also home to more hippo and crocodiles than you can count. A visit to this unbelievable wetland park offers you the coastal experience of a lifetime as you combine a real African safari with thrilling water sports like kayaking, fishing and diving.

Imperial Tombs of the Ming and Qing Dynasties, Nanjing, China

Whether you’re a history buff or have come to see the amazing landscape of rural China, a trip to Nanjing this summer will enchant and amaze you. Take a cruise down the Yangtze River and gaze out over ancient buildings and sacred sites that date back to the earliest days of Chinese civilization. The Imperial Tombs of the Ming and Qing Dynasties are masterpieces of the human creative genius and were designed to integrate organically into nature. This site is also a testimony to the cultural and design traditions of the last two feudal Chinese dynasties. Tour the most iconic part of this 600-year-old UNESCO Site—the mausoleum of the Ming Dynasty’s founding emperor, Zhu Yuanzhang. The Xiaoling Tomb is one of the largest imperial tomb complexes in China. Stroll along the Sacred Path where four pairs of stone warriors and 12 pairs of mythical beasts act as guardians of the deceased emperor.

The archaeological site of the ancient Roman city of Pompeii is one of the world’s most-visited Heritage Sites. Pompeii was once a flourishing Roman city but its life was cut short and buried in volcanic ash by the eruption of Mount Vesuvius in 79 AD. The well-preserved ruins offer a glimpse into the treasures of this city and reveal what daily life was like in an average Roman town 2000 years ago.

Carved right into the colorful sandstone cliffs, the ruins of the ancient city of Petra is definitely a heritage site to see this summer. This prehistoric site was recently named one of the new seven wonders of the world, and for good reason. The city sat in ruin until the early 1800s when a European explorer made his way into the long-forgotten site and reintroduced the world to this magnificent feat of human engineering. One of the most amazing architectural attractions at Petra is the treasury known as Al Khazneh. This 1st-century marvel was originally built as a crypt and evokes the Greek architecture of that time period.