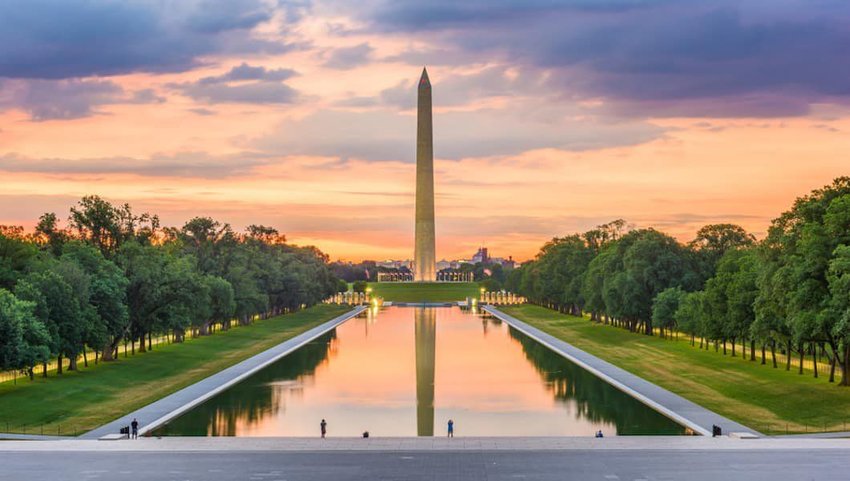 National monuments have been officially designated in the US since 1906 to protect objects of significant historic or scientific interest. But what makes the 117 national monuments so interesting is their diversity. From redwood forests to historical statues and ancient dwellings, each monument shines a light on a different aspect of historical or cultural significance.

No list of national monuments would be complete without Lady Liberty, the symbol of American freedom and opportunity. The statue was a gift from France, and today stands as a striking copper statue on the New York Harbor. An emblem of America’s welcoming shores, visitors can take a ferry to get closer to the lady in question and explore neighboring Ellis Island. Designated a national monument in 1984, the statue has been inviting visitors to step back in time and experience stories of the country’s history ever since.

One of many natural national monuments, Muir Woods is an incredible example of California’s majestic redwoods. Protected as a national monument since 1908, the forest is a haven for wildlife with its trees soaring up to 79 meters in the air. The primeval forest offers an irreplaceable refuge for its inhabitants and visitors alike. Take a stroll through the redwoods, soak up their cooling roots and gaze up at their rising crowns. It’s no wonder that the site has been such a popular spot for Hollywood film scouts.

This national monument is sure to dazzle you with its glistening pearly white landscape. White Sands National Monument, in the heart of the Tularosa Basin, is a true sight to behold. The largest gypsum dunefield in the world, White Sands covers an enormous 275 square miles of sparkling desert. The dunes rise and fall, creating an incredible landscape that amazes and delights its visitors. Not only can you camp overnight in the dunes, but you can also hike, picnic and sled your way across them.

Ok, so we’re slightly cheating with this one as the National Mall is actually home to more than one incredible national monument. The National Mall is a history lover’s dream, known as America’s front yard — it overflows with memorials and monuments. Established in 1965, the National Mall is home to some of the oldest protected monuments and parklands in the country. Make sure to visit the Washington Monument, WWII Memorial and the Lincoln Memorial.

The giant sequoia is the world's largest tree, towering as high as a 26-story building. This national monument, nestled in the shadow of the Sierra Nevada Mountains, is home to around half of the sequoia groves in existence. A walk between the colossal trees, the largest living organisms on earth, will leave you feeling miniscule. Hike to your heart’s content — you have all the time in the world, as these trees can live until they’re 3,000 years old.

If you've ever hummed "Star Spangled Banner" under your breath or sang it proudly at a baseball game, you'll want to add this national monument to your list. The fort in Baltimore was the site of Francis Scott Key's imprisonment during the War of 1812, during which he composed the famous song. The fort also proved an important strategic stronghold, successfully defending the harbor from its construction through World War II. Today, this national monument is open to visitors, thousands of which take a water taxi across the harbor to tour its corridors.

One of the most remote national monuments, the Carrizo Plain is home to the largest grassland in the state. Sprawling green hills cascade across the famous San Andreas Fault, giving way to beautiful displays of wildflowers and lush lowland. At its center, the alkaline Soda Lake evaporates in the summer leaving a vast bed of white salt in its wake. A vital resource to Native Americans, this monument offers a glimpse of the stunning natural side of California.

The ancient dwelling of the Montezuma Castle is surprisingly easy to reach, just off Interstate 17 in central Arizona. When you get there, however, you’ll feel like you've been transported back in time. The ancient pueblo dwellings, built during the pre-Columbian period, jut out from the soaring limestone cliff face. The main structure is made up of around 60 rooms, which took three centuries to be built. One of the most perfectly preserved cliff dwellings in North America, the incredible structure will take you back to prehistoric times.

Craters of the Moon, Idaho

Formed during eight major eruptive volcanic periods over 15,000 years ago, the Craters of the Moon National Monument offers visitors an otherworldly experience. The monument stretches across almost 54,000 acres of lava fields which lie along the Great Idaho Rift. The weird barren landscape comprises volcanic features galore including cinder cones, tree molds and lava tubes.  Stay overnight, watch the stars light up above you and feel like you are standing on the moon itself.

Only a few hours north of the famous Grand Canyon, surprisingly few people have heard of the Vermilion Cliffs National Monument. You’re going to have to trek off the beaten track to get to it, but the destination is more than worth the effort. The stunning wilderness area is home to swirling escarpments of sandstone, limestone and shale. The vibrant cliffs rise to 910 meters above their bases, showing off hundreds of layers of beautifully colored rock strata. A visit to the monument gives you the chance to not only see canyons and sandstone arches, but the incredible wildlife soaring above your head. Hawks, falcons and even California condors can be spotted swooping between the cliff faces.