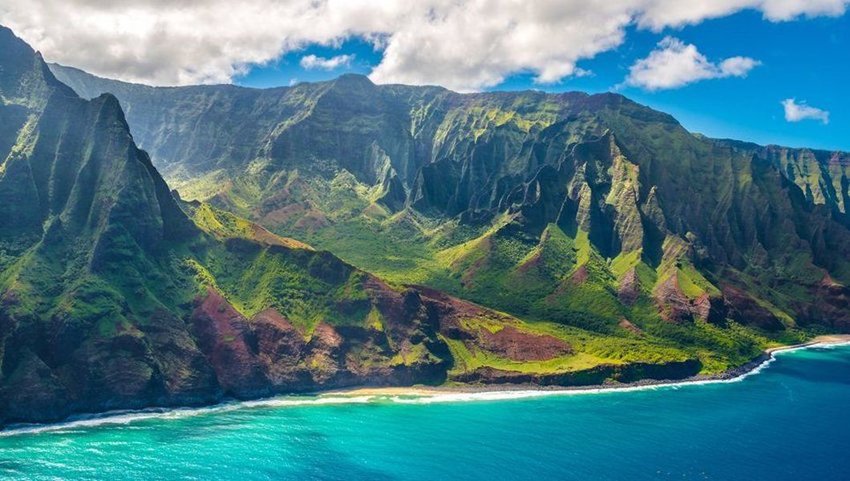 10 Underrated Trips to Take with Your Best Friends

While the big cities of the world like Paris, New York, and Rome often get all the glory, there’s plenty of culture, history, and culinary delights to uncover in some of the world’s lesser known destinations. Armed with good company, share with your best friends the experience of sleeping in a desert, indulging in a spa retreat, or walking along deserted beaches as you explore the world’s most underrated destinations together.

A mellow beach town on the scenic Oregon Coast, Cannon Beach is a magnet for lazy beachgoers and passionate outdoor photographers who come to capture the 235 foot Haystack Rock that juts out from the ocean floor. Start your days by perusing the chic boutiques and local art galleries on the town’s main thoroughfare of Hemlock Street, then go for leisurely walks on the wide beach, taking in its salty sea air. Visit in June for the annual Cannon Beach Sandcastle Contest, now in its 56th year, which transforms the town into an outdoor party with live music and a bonfire. Rent a cottage for you and your best friends, or stay in one of the charming B&B's with oceanfront views.

Tackle Taipei’s impressive food scene with your BFFs by perusing the stalls at one of the bustling night markets that dot Taiwan’s friendly capital. Eating out on a daily basis is common practice for locals here, as gorging on street eats is both fun and cheap. Between slurpable bowls of beef noodles, crispy scallion pancakes, and platefuls of pungent stinky tofu, eating all of Taipei is a worthwhile goal. Work off the calories by hiking Elephant Mountain, a short and sweet one-mile-long set of stone steps that reveal the city’s iconic skyline.

Nestled among striking red-rock buttes and wedged between steep canyon walls, Sedona is a destination for spiritual journeys. Roughly 120 miles north of Phoenix, this desert town is believed to be the site of a number of vortexes, and spiritual seekers and healers from all over come to tap into the Earth’s energy. Visit Mii Amo with your best friends, a destination spa at the foot of Sedona’s Boynton Canyon where the Earth’s energy is highly concentrated, and embark on a journey of self-discovery and spiritual healing.

Peru’s second largest city sits at a dizzying height of 7,710 feet, ringed by three visually-striking snow-capped volcanoes. Its UNESCO-listed historic city center, or Plaza de Armas, features pretty facades carved from white volcanic rock, and the centerpiece of the square is unquestioningly the Basilica Cathedral of Arequipa, which began construction in 1540. Arequipa’s close proximity to Peru’s breathtaking outdoors makes this an ideal jumping off point for hiking the Colca Canyon where you can spot Andean condors take flight.

Charming Strasbourg on the French-German border is a rich cultural center in the heart of Alsace, some 300 miles east of Paris. Its storied medieval past gives this destination a dreamy, old world vibe, but as the seat of the European Parliament, Strasbourg also embodies a modern identity. Traipse the twisting alleyways of La Petite France, a neighborhood of whimsical crooked houses lining a network of waterways, then tour the glass European Parliament for a modern look at the city.

Often overlooked in favor of the romantic Czech capital of Prague, Pilsen proves to be a deserving destination for all beer lovers. The internationally-adored Pilsner lager was invented in Western Bohemia’s largest city in 1842, and a tour of the Pilsner Urquell brewery is a must if you and your best friends share a love of this lager. Then, visit Pilsen’s only beer spa, where you can soak in the local brew, followed by a relaxing massage and rejuvenating steam bath.

Looking for that tropical getaway with your friends, but don't want to break the bank? Head for Belize's Ambergris Caye, an isolated piece of paradise that's perfect for improving your tan with a drink in hand. Spend your days alternating between lounging on the beach and snorkeling the Belize Barrier Reef. Charter a sailboat to take you around the island for the day, and at night sip mojitos at
Palmilla Restaurant.

Free-spirited Tofino sits on a peninsula of Vancouver Island, off the western coast of Canada. While summertime visitors to Tofino enjoy kayaking off its rugged coastline and whale watching in pristine Clayoquot Sound, this remote fishing village is actually Canada’s premier surfing destination, and attracts those with a penchant for riding the waves. After, chow down on fish tacos from the original Tacofino food truck, its mouthwatering combination of tempura ling cod and chipotle mayo the reason for its many outposts on mainland British Columbia’s Vancouver today.

In the shadows of ever popular Oahu and Maui, the Hawaiian island of Kauai makes for a more idyllic getaway if you and your best friends are looking to commune with nature. The wild and rugged island, one of Hawaii’s least crowded, is composed of a variety of mesmerizing landscapes — lush tropical valleys, deep chasms, and dramatic sea cliffs on the Nāpali Coast so picture perfect that it was featured in Jurassic Park. For active souls, there’s plenty of outdoor adventures to participate in on land or in the sea. Explore sea caves, swim with sea turtles in impossibly turquoise waters, or perfect your tan on the island’s secluded beaches.

For a quintessential desert experience with your best friends, head to Wadi Rum, some 186 miles south of the Jordanian capital of Amman. Characterized by striking red sands and towering granite and sandstone peaks that reach heights of 2600 feet, the arid Wadi Rum is a highlight of any journey to the Middle East. Avid rock climbers gravitate towards the mountains here, but for a more laid back experience, tour the open desert in a four wheel drive, or camel trek the very region where much of Lawrence of Arabia was filmed. Budget enough time to sleep under the starry sky at a Bedouin Camp and revel in the tranquility of those desert nights.