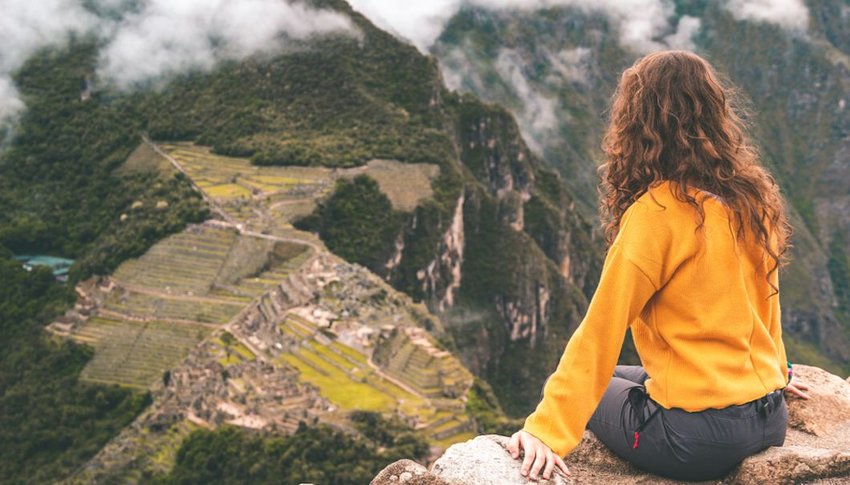 10 Trips That Will Change Your Life

Travel broadens the mind, makes us more creative and can boost our health and happiness. But some trips go the extra mile and leave a permanent mark on your being. If you seek to come home from your travels a different person, here are ten trips that will change your life.

Traveling solo is liberating. Unencumbered by the needs of others, you can do whatever you please, whenever you like. Book a cooking class or a walking tour with a group to find your feet – or dip in and out of company when you feel the need. Wake up at dawn or stay up late with other night owls. But relish the chance to do your own thing: savor a Parisian museum, eat Sachertorte in a Viennese coffee house, island hop in Stockholm or contemplate the two-thousand-year history of London. You’ll learn as much about yourself as you will the places you visit – and that’s a game changer.

Part physical challenge, part spiritual journey, those that hike the Inca trail will never forget the moment they stand at Inti Punku, the Sun Gate, with that iconic view before them. Machu Picchu has intrigued visitors since Hiram Bingham uncovered its ruins from the encroaching jungle over a century ago. In the intervening years, many have put forward theories as to the original purpose of this iconic Inca archaeological site. Was it a storehouse, university or Royal retreat? As you explore the grassy paths between its stone rooms, you can ponder the question for yourself.

Witness the Power of Victoria Falls

Nature is at her most formidable where Zimbabwe meets Zambia. Every day hundreds of thousands of tonnes of water cascades over a rocky precipice and squeezes through the narrow gorge below. Not for nothing is Victoria Falls' nickname “the smoke that thunders”. Once you’ve hiked the paths overlooking this, one of Africa’s most breathtaking sights, make your way to the bridge that joins the two countries. In the middle you’ll find a bungee jump to rival anything in the world. Put aside reason and face your fears as you jump into the abyss. If you can do this, you can do anything!

Of the world’s epic train journeys, a trip by rail across the vast deserts of Australia is a reminder of just how insignificant we really are. The epic Ghan takes 54 hours to cross the country from Adelaide in the south to Darwin in the tropical north. Break your 1851 mile journey at Alice Springs. From there, take a detour to visit Uluru, the monolith revered by the Anangu people as the birthplace of their ancestors. Hop back aboard and make your way to the Top End, where you’ll alight. It’s the jumping off point for trips to Kakadu and Nitmiluk National Parks, which offer some truly world-class scenery.

See Venice from the Water

Some cities touch the soul like no others and Italy’s most iconic destination is one of those places. Eschew touristy gondolas and hop on the vaporetti ferries like Venetians do. As you bob on the lapping waters of the world’s most famous lagoon, gaze up at centuries-old mansions that are slowly sinking into the mud. There’s arguably no place more romantic on the planet. But you’ll only find it if you step off the well-beaten tourist trail. Ditch the crowds and high prices of St Mark’s Square and dive instead into backstreet neighborhoods and lesser-known islands. Seek out centuries-old bacaro, join the passeggiata and dine in locally-owned trattorias.

The scale of Beijing’s Forbidden City is impressive. Spanning almost a thousand separate buildings and nearly 9000 rooms, this sprawling complex has to be seen to be believed. As you pass through courtyard after courtyard, you’ll get a sense of the place that was once home to the Imperial Court. Construction began in 1405 on what was to be the most important palace in China from the Ming to the Qing dynasties. It took 14 years to complete, despite a workforce of over a million people. Over the centuries, 24 emperors resided here until the last abdicated in 1912.

Stay at an Ashram in India

Offering yoga, meditation, prayer sessions and more, India’s ashrams have been a magnet for spiritual travelers for years. It might seem a cliché to head off in search of enlightenment and inner peace, but for some, it’s an essential retreat from the pressures of everyday life. Detox your body as well as your soul and return home energized and ready for anything.

Seen from the air, the dark ultramarine circle that marks the Blue Hole is jaw-droppingly beautiful. To see it from below, you need to be an experienced diver. Since French explorer, scientist and filmmaker Jacques Cousteau introduced it to a global audience in 1971, it has become one of the world’s great bucket list dives. Close up, this collapsed sea cave is dark and forbidding, containing huge stalactites and a wealth of marine life which includes parrotfish and sharks.

The Japanese fascination with nature is well documented: the nation’s obsession with cherry blossoms (sakura) and autumnal colors (koyo) is legendary. Whatever time of year you visit, build in some time for reflection and meditation as you stroll along the Philosopher’s Path in the former capital, Kyoto. Leading from the Silver Pavilion, Ginkakuji, to the neighborhood of Nanzenji, it takes its name from Nishida Kitaro who lost himself in his thoughts here as he walked to work at Kyoto University.

Gaze at the Northern Lights

The word “awesome” is bandied about carelessly, used to describe anything that makes us happy. Shouldn’t we reserve it for the truly amazing sights that quite literally make us stop and marvel at nature’s majesty? Worthy of the epithet is the sight of the Northern Lights. Even a fleeting glimpse of those dancing green and purple curtains in the sky will stay in the memory for a lifetime. Where you see them won’t matter, in the end, but if you are lucky enough to catch them above the iceberg strewn lagoon and beach of Jökulsárlón in Iceland, be certain you’ve just witnessed something magical.