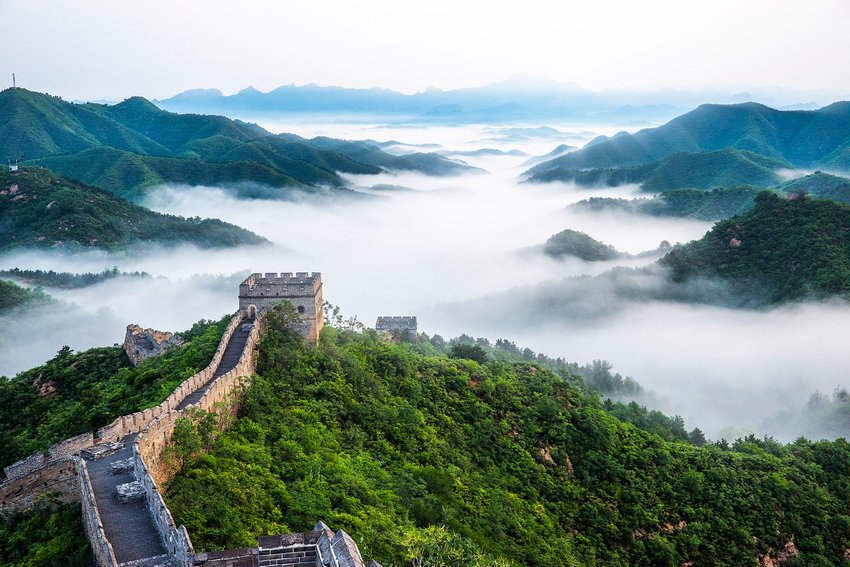 10 Tourist Attractions Where You Should Spend a Little Extra Time

When exploring a new city, it ca be easy to pass quickly through tourist attractions, checking them off the list and moving on to the next. You pay admission, see the most popular part, and hurry through the rest of it. But if you find yourself rushing, you could be doing yourself a disservice. Some tourist attractions offer more than meets the eye and are worth spending a day or even two to explore. Here are 10 tourist attractions where you should spend a little extra time.

The Louvre is one of Paris' must-see attractions and the most-visited museum in the world. Although much of the crowds gather for a glimpse of the Mona Lisa, there’s plenty else to see in this labyrinthian museum. In fact, there are so many pieces of art, one could spend days exploring the permanent and rotating exhibitions and never see it all. With renowned paintings such as Delaroche’s Young Martyr, sculptures by Michelangelo, and the preserved apartments of Napoleon III, give yourself plenty of time to see everything the Louvre has to offer.

Even if you aren’t Catholic, Vatican City is an architectural feat that should be seen during your lifetime. And while you may be tempted to only visit St. Peter’s Square free of charge, there’s much more to see than the Basilica from afar. The Sistine Chapel isn't the only place to see Michelangelo’s masterpieces, so opt for a tour that shows of his other frescoes as well as artwork by Raphael, da Vinci, and many more. There's also the Hall of Maps, the Vatican Gardens, and the underground catacombs that are worth exploring. Plus, if you can manage to climb the 551 steps to the Cupola of St. Peter’s Basilica, there’s a café with gelato at the top.

Much of what makes Machu Picchu so incredible is that it resides on top of a mountain. This means no matter how you arrive at the ancient city ⁠— whether by foot or switchbacking bus ⁠— you’re going to want to stay awhile. You’ll need to give yourself plenty of time to see the highlights such as the Temple of the Sun, the Temple of Three Windows, and the Intihuatana Rock. If you don’t mind death-defying heights, take the time to hike to the Sun Gate or Huayna Picchu — both offer amazing views of the ruins and the surrounding Andes Mountains.

Just outside of Paris, the Palace of Versailles transports its visitors to a time when the French aristocracy lived a life of opulence and luxury. Although admission to the park and garden is (sometimes) free, you must go inside the palace to understand what all the fuss is about. Each room, from the Royal Opera House to Marie Antoinette’s Bedchamber, is more spectacular than the next. Since there’s so much to cover, nobody will blame you if you go back for a second day.

The streets of Barcelona are lined with masterpieces by genius architect Antoni Gaudí and none are more famous than La Sagrada Familia. Although it's been under construction for over 100 years, the massive Gothic church is roughly the size of a football field and every angle is worth careful observation. The exterior of the basilica with its elaborate façades and towers is spectacular. Visiting the interior, however, with its beautiful stained glass, tree-trunk columns, and enormous organ is just as breathtaking. Once inside, make sure to take the time to see Gaudí’s tomb, which can be viewed through a window into the crypt.

Another one of the most visited museums in the world, Washington D.C.’s Smithsonian National Museum of Natural History offers incredible value for free admission. Visitors often go straight to the second floor to see permanent exhibitions like the Butterfly Pavilion and the Hall of Geology, Gems, and Minerals (featuring the Hope Diamond). However, the first floor has fewer crowds and will be easier to navigate. Plus, it's home to amazing exhibits that feature underwater sea creature displays like sculpted narwhal replicas and mosasaur skeletons.

The Great Wall of China, China

You may be asking yourself, “How much time do I really need to spend at a wall?” The answer is, more time than you’d think. Popular spots on the Great Wall like Badaling and Mutiayanu are a 3-hour round trip journey from Beijing, so day-trippers must arise early to get enough time at the wall. If you’re adventurous, we suggest allotting extra time to get further away from the crowds who congregate around the entrances. There’s plenty of great hiking along the wall, including a two-day overnight trip from Hexi Village to Gubeikou and Panlong.

The 9/11 Memorial and Museum was built at Ground Zero, where thousands of people lost their lives in the September 11 terrorist attacks. In fact, the museum is built around the remnants of the Twin Towers, including a concrete stairway that survivors used to exit the building. Although the museum is sobering, emotional, and unbelievably sad (make sure to bring some tissues), it pays homage to the victims and heroes of 9/11. The memorial is quiet, reflective, and beautiful and shouldn't be rushed. All in all, take your time through this worthwhile tribute to seriously contemplate the loss experienced that day.

While it may be tempting to schedule just one day at Angkor Wat, we suggest you spend at least two exploring this enormous complex of temples outside Siem Reap. Lauded as one of the most impressive ancient architectural achievements in the world, the complex covers 400 square miles and has hundreds of temples within its walls. From Bayon with its Gothic towers and hand-carved faces, to Ta Prohm half-hidden in a jungle of trees, each temple offers something extraordinary to see. And while hundreds of people gather around the lake for a sunrise shoot, head instead to one of the many, many underrated and under-visited temples in nearby complexes.

When you plan a trip to Iguazu Falls, you might feel pressured to pick a side ⁠— Argentina or Brazil? But why not choose both? Each side is stunningly beautiful and unique in its own way. The Argentine side offers up an up-close view of Devil’s Throat, which can be viewed from a network of catwalks or visited by boat. The Brazilian side offers a more panoramic view of the falls, which demonstrates their power and breadth. Which side is better? Take the time to see both and then you can decide.