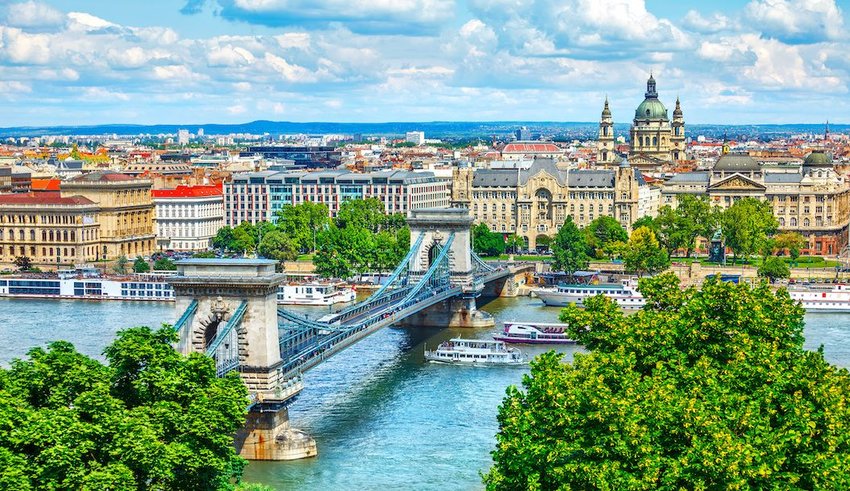 10 Tips for European Travel This Summer

Europe's at its best in summer, with fine weather enhancing the continent's breathtaking scenery and citizens bringing out the picnic blankets and pavement cafe tables. But it can be crowded at this time of year too, so planning ahead is essential if you are to have a successful trip. Here are our 10 tips for European travel this summer.

Don't Try to Cover Too Much Ground

A TV documentary and a New Yorker cartoon were said to be the inspiration for the 1969 film "If it's Tuesday, This Must Be Belgium" and 50 years on, Europeans are still reminding visitors it's good not to rush. Though distances are relatively short between the continent's big sites, there's a lot packed into a small space. For a two-week vacation, it’s advisable to limit yourself to just one country, particularly if there’s a lot to see, as is the case in Italy, France, Germany, the U.K. or Spain. If you really can't bear to miss out, consider a single direction itinerary and get yourself back to where you started with a one-way ticket on one of the continent's many low-cost airlines.

That said, some parts of Europe positively lend themselves to cross-border trips: Once you are allowed into one Schengen country, you're good to visit them all, which is a particular consideration if you need a visa. The trio of Habsburg capitals — Vienna, Budapest and Bratislava — are easily combined, with tons of historic buildings, ancient churches and fascinating museums to explore. Try a Danube cruise to take the hassle out of traveling between them. If you have another three or four days to spare, tack Prague on the end.

Plan According to Your Budget

Prices vary enormously within Europe. Broadly speaking, Scandinavia is the most expensive, with prices falling the further east you go. You'll need a very healthy budget if you want to do justice to Norway, Sweden or Finland, for example, but head for Poland, Croatia or Bulgaria and your dollars will stretch well beyond what they'd fund in western Europe. Think about what you want to achieve — a tour of Moldova's many wineries will cost far less than a similar trip in France or Italy.

Let the Train Take the Strain

Driving in Europe's crowded cities can be hell, particularly in summer as temperatures rise and commuter tempers fray. Parking's expensive and hard to come by, while park and ride schemes can eat into your schedule. The good news is that within cities, metros and trams are a convenient way of getting around. There's a great public transportation network across most European countries as well and many scenic journeys that are as much a part of the holiday as the rest. Train travel is a must between cities; electronic signs on board make it hard to alight at the wrong stop, something that can't be said for the bus. Try to fit at least one night train into your schedule for the experience.

Book Ahead for Fast Trains

Europe has a growing network of high-speed trains but it's wise to book early if you plan to take one. Seats sell fast in summer and price hikes are the norm, particularly within a week or two of travel. Most seats are released 90 days ahead of departure; for some countries it's 60 days, so check online before you panic they're all sold out. Most operators, including DB (Germany), SBB (Switzerland), Renfe (Spain) and Trenitalia (Italy) offer online booking for those in possession of a foreign credit card. Tickets can be printed out at home or saved to a mobile device. Regional trains are slower, stopping more frequently, but are cheap and tickets for the most part can be booked on the day.

Sightseeing passes promise free or discounted entrance to major visitor attractions as well as bus, subway and tram rides. The downside is that they can work out to be expensive unless you intend to rush around seeing absolutely everything. Instead, plan which museums and other attractions you're most likely to visit. You might find you can save money by unpackaging your trip. If you do splurge, buy a skip-the-line tickets for the most popular attractions, such as the Doges Palace in Venice. They can cost a little more, but you won’t waste your vacation queuing. And if you won't be happy unless you've seen everything, hop-on, hop-off buses are a good way of getting your bearings. Weather permitting, pick an open top bus and head upstairs if you want to take photos, as you'll see a lot more.

Often, taking the metro is a fast way of covering longer distances; trains run late into the night and some cities have a 24-hour service. You should also be able to save money on your hotel room by looking for a less central hotel that is close to a subway station. Buy your ticket when you arrive at major stations as there are no discounts for booking in advance. Consider a day pass for unlimited travel on public transport — it's still usually the cheapest option if you're doing four or more rides. If you absolutely must stay right in the center, look for a serviced apartment — they offer much better value for money, particularly if you're traveling with friends or as a family.

Head Off the Beaten Track

Summer is peak season and you can be sure big tour groups will be ticking off the main sights. Plan a ride in a gondola to the summit of one of Switzerland's snowy peaks and you'll face a long wait, followed by a cramped ride up the mountain. Instead, look for off-the-beaten-track options and save the popular attractions for low season. Slovenia's Julian Alps are just as pretty and much less busy, as are Spain's Picos de Europa. Just think of the bragging rights for "discovering" a part of Europe your friends don't know about.

Rent a Car for More Flexibility

Outside towns and cities, public transport is more limited, so if your dream vacation includes getting out into the countryside, it'll be a lot less hassle to just drive yourself. Explore the olive groves and rolling hills of Tuscany, tour Norway's fjords or hop from village to village along Germany's vineyard-clad river valleys. Make sure you include a navigation system so you don't get lost. And if you're worried about narrow lanes and tiny parking spaces, opt for a smaller vehicle than the one you drive at home. Manual cars (stick shifts) are more common, so book early if you want to secure an automatic.

Check the Weather Forecast Before You Pack

Europe's climate varies considerably. If you're headed south, expect warmer temperatures, while in northerly parts of the continent, such as Iceland, you'll be lucky to hit 60 degrees Fahrenheit (15 degrees Celsius). The general rule is this: Central Europe tends to enjoy hot, sometimes stormy summers, while altitude impacts dramatically on temperatures. By the sea, there'll be a mitigating breeze, which is why the Med's so popular at this time of year. If you plan to visit one of the maritime nations — like the U.K. for instance — expect the unexpected. The influence of the North Sea and the Atlantic Ocean brings changeable weather. Pack accordingly and remember, there's no such thing as bad weather, only poor planning.