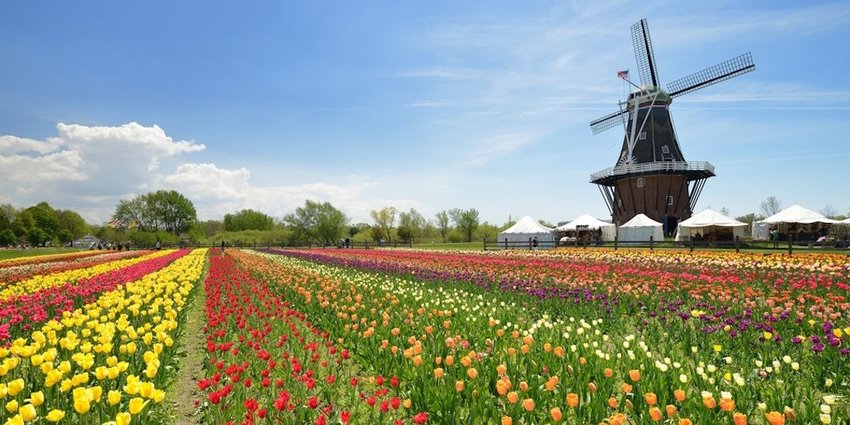 10 State Festivals Worth Traveling For

From art to food to music and more, there are tons of festivals every year throughout the United States, giving us plenty to celebrate. Some are quirky, and some are unique, some celebrate food and others celebrate art. No matter what you’re into, there’s sure to be a fantastic event somewhere in the country. Here are 10 very different state festivals worth traveling for.

If you love ales, lagers and IPAs, then this brew-based festival is for you. The best of beer can be found at this three-day event in Denver. Attendance has increased sharply over the years, and the number of samples has increased with it. Thousands of beers are available from breweries all over the country, helping the Great American Beer Festival lives up to its name.

Flowering tulip bulbs have enchanted visitors for centuries. But if you can't make it to the Netherlands for this seasonal festival, Tulip Time in Holland, Michigan gives you a good dose of these flowers with a ton of history. Held every year in mid-May since 1929, the festival began after the city imported 100,000 tulip bulbs from the Netherlands to plant in city parks. Since then, the event has been named a Reader’s Digest “best small town festival.” It’s even welcomed Johnny Cash as a performer, back in 1977.

If you’re going to visit a Renaissance Faire, I’d suggest one of the oldest: The Pleasure Faire of Southern California. Held in April and May in Irwindale, California, since 1962, it attracts a quarter-million people annually, reenacting a 1580s English market faire. Wander through Port Deptford, a waterfront town from Elizabethan-era England, in costume, enjoying jousting tournaments and roasted meat.

There’s a lot of corn in Iowa, yes, but there’s also a lot of art, especially during the end of June when Western Gateway Park in Des Moines plays host to one of the top-ranked art festivals in the country. The Des Moines Art Festival is a three-day event that features visual artists from around the country, artist workshops, film screenings, and live music.

If you like barbecue, might as well go to the original BBQ festival in Lexington. Held since 1984 in the “Barbecue Capital of the World,” Lexington, North Carolina, the event is listed in the book 1000 Places to See in the USA & Canada Before You Die. Pretty impressive. A must-see, a must-do and certainly a must-eat.

Since debuting in 1982, Artscape has become the largest free arts festival in the country. Like many arts events, it features a music lineup – Aretha Franklin and Ray Charles are among the festival alum. Other than that, there are tons of exhibits and art displays of all kinds to enjoy.

The world’s largest food festival is in Chicago, and it’s a top-notch experience all around. Arnie Morton created the event in 1980, and was able to persuade the city to block off Michigan Avenue for the first event. They expected 100,000 people, but got a whopping 250,000 – which resulted in exceeding the revenue goals by a far margin as well. It has continued to grow in size and scope, attracting millions annually and featuring not only great food but musical acts, too.

It’s the largest independent film festival in the U.S. (nearly 50,000 attend annually), and it’s the one perhaps most worth checking out. Sundance is the pinnacle of indie films, and is one of the most competitive film festivals in the world. Founded in 1978 as the Utah/US Film Festival, it became the Sundance Film Festival in 1991 – after Robert Redford’s character in Butch Cassidy and the Sundance Kid. Multiple screenings across town, Q&As, and more make this film festival a must for film buffs.

Forget Coachella and Lollapalooza – Bonnaroo is where it’s at in the world of music festivals. The festival began in 2002 and has been making big splashes since then, with diverse acts including The White Stripes, Eminem, Paul McCartney, Kanye West, Neil Young, James Brown, The Police, Bob Dylan, Metallica and so many more. The 2019 lineup included Phish, Childish Gambino, Post Malone, Kacey Musgraves, the Lumineers and Cardi B (and some of my personal favorites Walk the Moon and Bishop Briggs). If you have “music festival” on your 2020 bucket list, mark down June 11-14 on your calendar.

New Orleans' Mardi Gras is quintessential in the city’s history and has been celebrated there in one form or another since the 1700s. By the late 1830s, the event featured street processions of “maskers” with carriages and horseback riders to celebrate. On Feb. 24, 1857, the first NOLA Mardi Gras parade was held by the Krewe of Comus, beginning that tradition. It’s colorful, it’s fun and it’s an experience worth seeing in person.