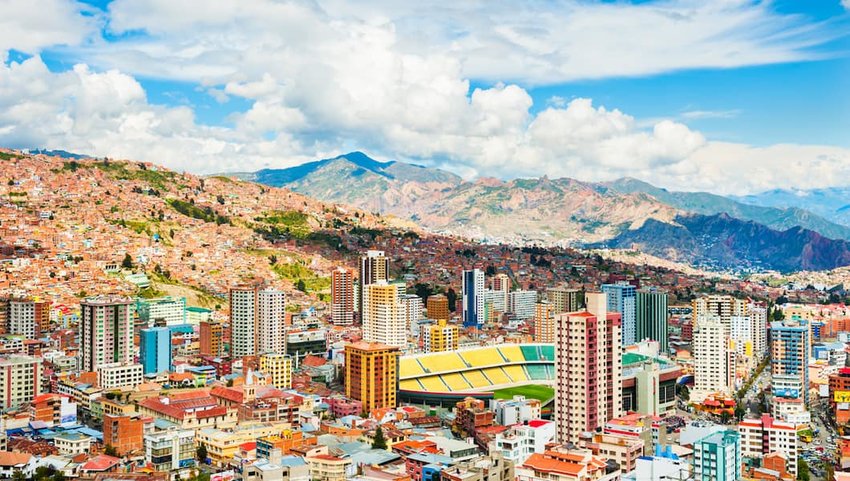 10 South American Cities to See Before You Die

South America is as diverse as it is captivating. You can travel the length and breadth of the continent and never tire of its breathtaking landscapes and attractive cities. And while many of its natural landscapes dominate the tourist circuit, you can't count out its sprawling metropolises. If you’re about to embark on your own adventure, here are ten South American cities to see before you die.

Once the capital of the Inca Empire, this is a perennial favorite with travelers. But for once, sticking to the beaten track is something to be encouraged, for this is a city with bags of charm and a delight to explore. Base yourself in one of the converted colonial era buildings close to the atmospheric Plaza de Armas. When you tire of people watching – though beware, it’s addictive – there are plenty of sights within walking distance, from the Temple of the Sun and grand cathedral to the imposing Sacsayhuaman fortress which overlooks the city from a lofty position just north of the centro histórico.

For some visitors, Ecuador begins and ends with the Galápagos Islands, but those in the know add at least a few days in this beautiful city to their itinerary. Santa Ana de Rios de Cuenca, to give the city its proper title, is the third largest in the country. But in its compact centre at least, it has a small town feel, particularly if there’s laundry laid out to dry on the river banks. Don’t leave without calling in at Homero Ortega to learn about the history of the Panama hat and buy yourself a hat of your own to take home.

This Brazilian city is associated with architecture, food and music – and a legendary carnival that rivals that of Rio de Janeiro’s for atmosphere. Colorful mansions line the cobbled streets of its UNESCO-listed Pelourinho district. What sets the city apart is its African-influenced character, the result of the area’s slave trade heritage. You’ll discover the art of Capoeira, a dance/martial arts combo which has its origins in sub-Saharan Africa and the Afro-Brazilian tradition of Candomblé.

The Bolivian capital is the highest capital city on the planet and occupies a basin surrounded by mountains. It’s a fascinating place to explore. Things are done a little differently here – blame the thin air if you like – from the road safety zebras to a thriving witches’ market where you can buy lucky charms and potions to secure everything from good health to a successful house move. Don’t miss the iconic cholitas with their dainty bowler hats.

South American cities are often a riot of color and Cartagena, the jewel of northern Colombia, is no exception. Begin in the historic old town, where you’ll find a pretty clock tower, a museum showcasing the chilling instruments of torture from the era of the Spanish Inquisition and the egg yolk yellow Las Bóvedas, once a dungeon and now the place to find local arts and crafts. Party the night away on the Chiva bus and when you wake, nurse your hangover beside the Caribbean Sea.

The Argentine capital sits on the banks of the River Plate, a sultry, passionate place that boasts more psychologists per capita than any other city in South America. La Boca, once a gritty working class locale, is now bright, cheerful and safe, while the city’s trendy Puerto Madero area is home to waterside eateries that would be the envy of anywhere. Follow the Evita trail to the Casa Rosada and Recoleta cemetery and make sure you book at least one tango lesson before you ship out.

The colorful buildings of hilly Valparaíso, once dubbed the “Pearl of the Pacific”, tumble down to the water’s edge as if they can’t bear to be apart. Much of the upper city has a Bohemian, arty vibe, while the lower city retains a bustling working port. Access between the two is easiest if you use the many elevators known as ascensores, built over a century ago. Be sure to make the pilgrimage to La Sebastiana, former home of celebrated Chilean poet Pablo Neruda.

A visit to Colonia del Sacramento is like stepping back in time. The barrio histórico is crammed with colonial era buildings constructed not by the Spanish but by the Portuguese. Its uneven cobbles are littered with vintage cars; some still have life in them yet others have found their final resting place. By day, particularly at the weekend, the cafés and boutiques are crowded with Argentineans who’ve made the short ferry crossing over the River de la Plata from Buenos Aires. But stay overnight and you’ll have the place almost to yourself, a serene haven far from the hubbub of modern life.

Known as the “ciudad blanca” or white city, Peru’s second largest city takes its name from the white volcanic stone called sillar that was quarried centuries ago to make its oldest buildings. Sitting in the shadow of Misti, the volcano that looms above the ornate cathedral, this is a city where it is eternally spring, its mild climate and fertile volcanic soils ensuring long lasting prosperity. Among the many quintessential Arequipeño experiences are an afternoon spent snoozing in the sunshine in the enchanting Santa Catalina convent and a sneak peak at the preserved body of Juanita, the Inca girl sacrificed atop nearby Mount Ampato in the 15th century.

No definitive list of South American cities would be complete without the inclusion of Rio de Janeiro. Its skyline, framed by Sugarloaf Mountain and the statue of Christ the Redeemer on top of Corcovado, is one of the most instantly recognizable on the planet. For residents and visitors alike, life revolves around the beach, with Copacabana and Ipanema the most famous of all. Beyond the beach, there are some excellent museums and a buzzing night scene where the beat of the samba rhythm will accompany you until dawn.