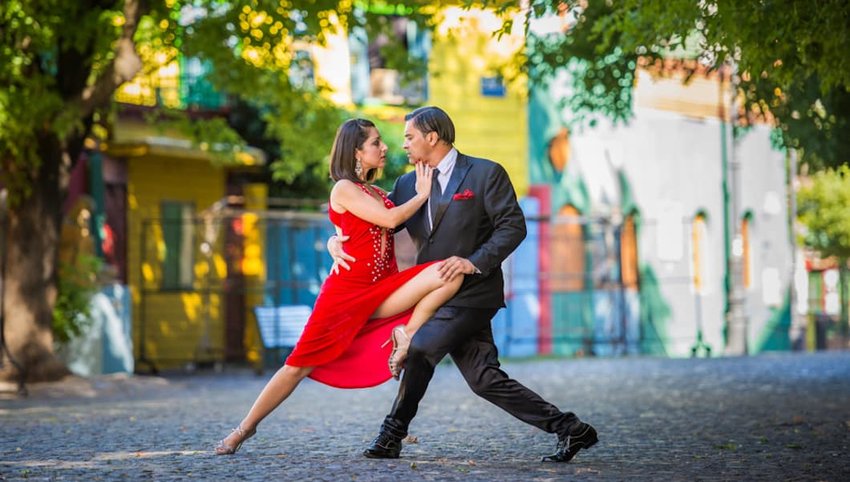 You’ve no doubt heard of, and even visited, UNESCO World Heritage Sites around the world, but did you know that UNESCO protects more than just places? UNESCO, which stands for United Nations Educational, Scientific, and Cultural Organization, also works to preserve languages, music, festivals and cultural traditions around the world. Here are 10 things you probably didn’t realize were UNESCO protected.

Part music festival, part parade and part costume party, the Carnival of Granville is Normandy’s largest and most important event, celebrating 145 years in 2019. This lively event takes place during the five days that precede Shrove Tuesday and was originally developed as a way for cod fisherman to celebrate before heading off to sea. The Carnival of Granville has been on the UNESCO list since 2016 and attracts more than 100,000 people annually.

To experience the Wititi Dance, you must head to the Arequipa region of Peru, where it is taught in school and performed by both boys and girls to symbolize the start of adult life. This colorful, vibrant dance is widely performed in the Colca Valley and takes the form of an elaborate courtship ritual. In fact, the name of the dance translates to “making love.” UNESCO recognized the dance in 2015, and July 14th is now known throughout the region as the Day of Wititi Dance.

Kimchi is a staple in Korean cuisine and has become a popular side dish in the U.S. in recent years. It's made by fermenting vegetables, especially cabbage and Korean radishes, with a variety of spices and seafood. This unique dish forms an essential part of Korean meals, while also strengthening community and reaffirming Korean identity. Kimjang refers to the art of preparing and sharing kimchi in the autumn so that every family has enough to last through the winter. Specific methods for making Kimchi are followed during Kimjang, and there are differences between regions and even households, where the recipes are passed down through generations. UNESCO listed Kimjang on its Intangible Cultural Heritage list in 2013.

No other music captures the sound of Mexico quite like the vibrant beat of a Mariachi band. Mariachi music dates back to at least the 18th century and usually features violins, trumpets and at least one guitar. Performers wear elaborate charro outfits and play upbeat tunes with hints of jazz, minuets, polka and traditional folk music. Mariachi performers primarily learn by ear, and the skill is often passed down through families. Mariachi was recognized by UNESCO in 2011.

The Khon Masked Dance Drama is a beautiful and enchanting art that combines elements of sacred rituals, handicrafts, music, theater, dance and literature. Khon performances are based on tales of the Ramakien, Thailand’s national epic, and feature heroes and heroines, ogres and monkeys. Performers begin training at an early age, as they must be graceful dancers, as well as actors and musicians. Khon was once only performed in high courts, but performances are now widespread. UNESCO recognized the art of Khon in 2018.

If you’ve ever visited a pub in Brussels, you’re already well aware of the cultural and historical roots that beer has in Belgium. Not only is beer an important part of the Belgian diet, but it also an integral part of social gatherings, where most everyday activities either start or end with a hearty draft. Belgium contains more diversity in beer styles than anywhere else in the world, and traditional small-batch recipes are passed down through families and small breweries across many generations. The beer culture in Belgium was officially added to UNESCO’s Intangible Cultural Heritage of Humanity in 2016.

UNESCO considers Falconry a living human heritage and added this ancient hunting technique to its list in 2016. Falconry has been practiced for centuries in many parts of the world, including much of Europe and the Middle East. The traditions of falconry vary, but there is no doubt that the practice provides a strong connection to conservation, cultural heritage and the human-animal bond.

Yoga is an ancient Indian tradition that has been practiced for millennia, and while it has since spread around the world, UNESCO recognizes the philosophy and practice of yoga as an important connection to Indian history and culture. Yoga combines physical postures with mental and spiritual practices that include meditation and breathing techniques. Yoga is practiced by all Indian religions, genders, classes and ages, and uses a variety of methods and disciplines.

The art of shadow puppetry in China developed more than 2,000 years ago. It's an elaborate theatrical performance that combines the art of cut paper or leather with music and singing. Puppeteers manipulate puppets with rods and their shadows are projected on a translucent screen. In addition to maneuvering many puppets at once, puppeteers must also practice improvisational singing and play various musical instruments. Puppetry skills are taught in families through apprenticeships, and in troupes, and the art preserves oral traditions and cultural beliefs. Chinese shadow puppetry has been recognized by UNESCO since 2011.

The Tango in Argentina and Uruguay

The tango originated on the border of Argentina and Uruguay in the 1880s — a mash-up of several dance techniques, including the Polka, Mazurka and Habanera, with influences from Africa, Europe and Native American culture. While it began in poor urban neighborhoods, a tango craze quickly spread to Europe and North America. The festive music and dance of the tango have come to embody cultural diversity and community. Tango is often used to represent the national heritage in both Argentina and Uruguay and was listed on the UNESCO Representative List of the Intangible Cultural Heritage of Humanity in 2009.