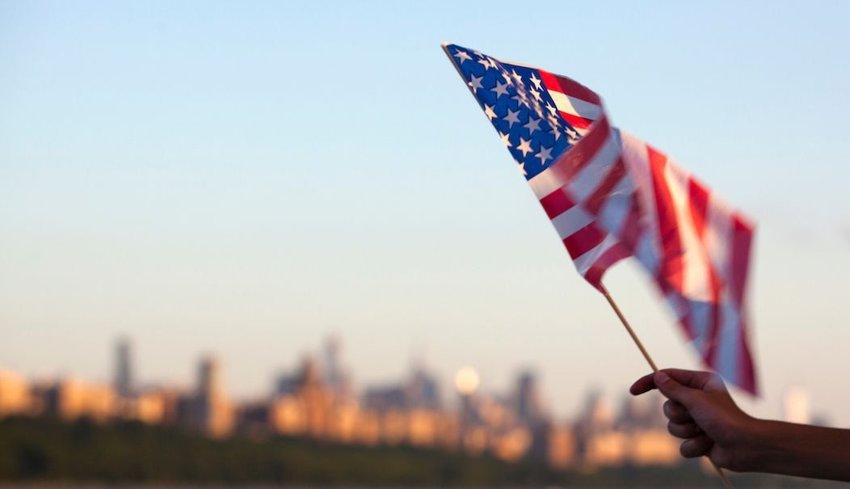 10 Last-Minute Trips to Plan for Fourth of July

The Fourth of July is coming up fast — do you have vacation plans? Whether your plans involve a picnic on the beach, a family road trip or exploring American history, this long weekend is the perfect time to take advantage of a quick getaway. Check out these last-minute trips and start planning.

The cabins with the best views might be already booked, but there’s sure to be a hotel somewhere with an empty room — and there are still plenty of views you can walk or drive to. Gatlinburg is one of the most popular cities in the Smoky Mountains; it’s close to the Great Smoky Mountain National Park, where you can find a plethora of hiking trails. Enjoy getting off the grid this Fourth of July and spending some time out in nature with family and friends.

Bristol has long been lauded as the Most Patriotic Town in America, and there’s no better place to spend Independence Day. This small town has almost a full month of July 4th activities culminating in the Military, Civic and Firemen’s Parade — which first took place in 1785, making it the longest-running Independence Day parade in America. The town’s fireworks display is also a can’t-miss. Join the 200,000 other people who will be flocking to Bristol this July. If you can't find a spot to stay in town, hop over to nearby Warwick, which has more accommodations for visitors.

Miami does Independence Day in style with festivals, fireworks and extended time on the water. To begin, check out the Fire on the Fourth Festival in North Miami Beach; this family-friendly event has live music, inflatables and food trucks. Later, watch fireworks from the beach, or rent a boat and watch from the water instead. Miami is a great last-minute trip for the Fourth that the whole family can enjoy.

There’s no shortage of things to do in New York on and around the Fourth, and finding cheap last-minute flights isn’t as difficult as you might think since so many airlines fly to the city. One can’t-miss event is the famous hot dog eating contest, which is held on Coney Island. The Macy’s Fourth of July fireworks are also spectacular — as many as 40,000 shells will burst into color throughout the show.

Watertown, the fifth largest city in South Dakota, has been recognized by the American Pyrotechnics Association as one of the best destinations to see Fourth of July fireworks. The fireworks display in Watertown is 23 minutes long and synchronized to music; it’s sponsored by a family fireworks company. Plenty of camping and fishing opportunities are also available in Watertown, and Minerva’s Restaurant and Bar would make a delicious inclusion to your trip.

Book that plane ticket or hop in the car, because nothing will make you feel more patriotic than listening to the Houston Symphony play The Stars and Stripes Forever outside under the heavens. This summer symphony night will take place on the Fourth at Miller Outdoor Theater. Plenty of other exciting things will be happening in Houston that day, too, such as the classic cars on display in Bellaire and the fireworks at the end of the Houston Symphony’s concert.

In Stowe, you’ll find an old-fashioned celebration with plenty of things to do — and maybe cooler temperatures than elsewhere. Stowe’s Signature Old-Fashioned Fourth of July lasts all day. First comes a casual, informal parade; next is a classic street festival at Stowe Village; and then it's the pie-eating contest with competitions for multiple ages. The fun continues with the World’s Shortest Marathon (just 1.7 miles) and concludes with another parade, laser tag and fireworks.

Head to Denver to hear Blues Traveler perform at Red Rocks Amphitheatre. Denver has two sets of fireworks, one on the 3rd at the Civic Center Park and another on the 4th at Elitch Gardens Theme & Water Park. During your last-minute trip, make sure to patronize the Cherry Creek Arts Festival, too — beginning on the 5th, it’s an outdoor festival that serves as a celebration of the visual, performing and culinary arts.

Head to Colonial Williamsburg on Independence Day for an experience unlike any other. The world’s largest living history museum is filled with carriage rides, tavern dining and historical homes to explore. On the Fourth, things get even better: Listen to public readings of the Declaration of Independence and stay for the fireworks at night. Picnicking on the grounds is also popular.

If you need somewhere away from the hustle and bustle of it all, go camping in a yurt in an Oregon State Park such as South Beach — and if no more yurts are available, just throw up a tent. While staying in South Beach State Park, you can enjoy attractions such as the Oregon Coast Aquarium and the historic Yaquina Bay Lighthouse. Windsurfing, crabbing and boating are also popular activities. The Fourth of July doesn’t have to be busy, loud and stressful; instead, unplug and relax.