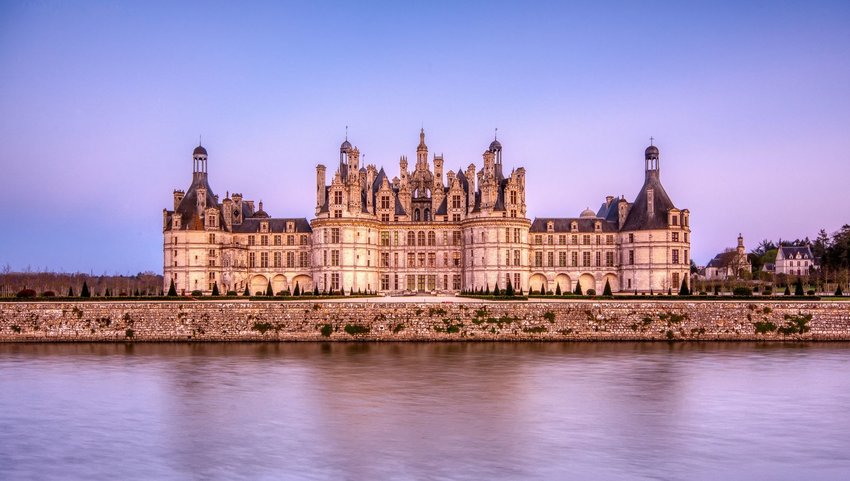 What could be more French than a visit to one of France's magnificent châteaux? Liberally scattered throughout the country, these stately homes and former royal palaces are a delight to visit. Whether you're sipping wine at an onsite vineyard or staying the night, you're sure to feel like royalty. If you’re planning a visit soon, here are 10 French châteaux you'll fall in love with.

Spanning the river Cher in the heart of the Loire Valley, the Château de Chenonceau was built in Gothic-Renaissance style in the early 16th century where an old mill  once stood. It’s often referred to as “the ladies château” or the "Château des Dames" since Katherine Briçonnet, wife of original owner Thomas Bohier, oversaw its construction and subsequently, Diane de Poitiers, mistress of King Henry II, added the bridge and gardens. These days, visitors can tour the château during the day, walk the romantic gardens at twilight and eat at the onsite restaurant.

Located on the outskirts of Paris, the Château de Fontainebleau is one of the most beautiful of France’s royal palaces. It was the residence of the French monarch from Louis VII to Napoleon III. Today, its grand apartments, lavish ballroom, and elegant formal gardens delight visitors from across the globe.

The lush riverside setting of the Château de Fayrac makes it one of the jewels of the Dordogne region of southwestern France. During the Hundred Years War, the château was an English outpost, a convenient lookout onto the French-held Beynac across the river. Its imposing towers and drawbridges are impressive from the outside. Most who come here will have to content themselves with this exterior view as the castle rarely opens to the public.

The UNESCO-listed Château de Chambord is another Loire Valley gem. King François I commissioned the palace in the 16th century and its construction transformed what had been a marshland into a thing of beauty. This sprawling palace littered with chimneys was designed around a double helix staircase inspired by the work of Leonardo da Vinci. It is also said to have inspired the castle in Disney's Beauty and the Beast.

Originally erected by the counts of Anjou in the 11th century and rebuilt in the 15th century, this castle is the tallest in the Loire Valley today. The opulent décor wows the visitor as much as the magnificent grounds on which it sits. Don’t go without tasting the delicious rosé wines from its 26-hectare vineyard.

Normandy’s ruined Château de Gaillard overlooks the village of Les Andelys by the Seine River from a lofty hilltop position. It was built on the orders of Richard the Lionheart at the very end of the 12th century, but had fallen into a ruinous state by the 16th century. Although the castle was partially demolished on the orders of King Henry IV, what’s left is worth exploring for the views alone.

This large castle dominates the Breton city of Nantes. Once the residence of the Dukes of Brittany during the 13th to 16th centuries, the château subsequently became a royal palace. Today, it’s home to the Nantes History Museum and is especially beautiful lit up at night.

Though the Château des Baux-de-Provence today stands in ruins, it offers one of the most stunning views in the south of France. Overlooking the pretty village of Les Baux-de-Provence, full-size replicas of siege engines including the biggest trebuchet (French catapult) in Europe can be seen inside this 10th-century structure.

As the most famous château in all of France, the Palace of Versailles was the residence of the country’s monarchs from the time of Louis XIV until Louis XVI was ousted in 1789. Located just outside Paris, the famous palace receives more visitors than the Eiffel Tower and almost as many as the Louvre with nearly eight million visitors annually. Don’t miss the magnificent Hall of Mirrors, the restored Royal Apartments, and the fountains and sculpted topiaries of its wonderful gardens and grounds.