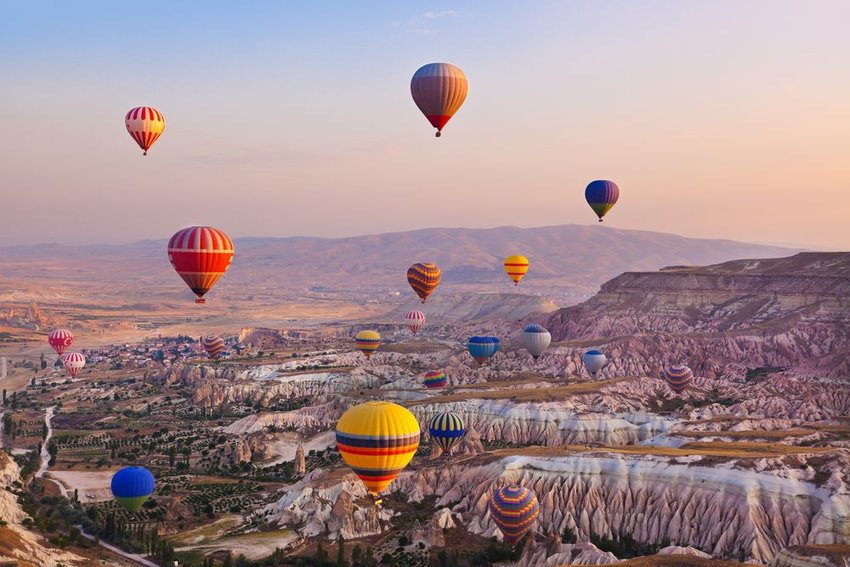 10 Destinations That Empty Out in Winter

If you think the “best time” is the only time to travel, think again. Winter is off-season for many destinations around the world, but traveling to a new place without a throng of tourists has its benefits.

If you’re willing to travel during the off-season, you’ll likely be rewarded with lower airfare, cheaper accommodations, less crowds, and a more genuine glimpse into a country’s culture. What’s not to love? If you’re craving some alone time this winter, check out one of our top 10 picks and leave the mob behind.

*All flights prices are for a round-trip route with an arrival/departure out of John F. Kennedy International Airport in New York City.

Mexico City is a good bet for a getaway in any season due to its warm climate. The peak time for travel falls between March and May, however, temperatures hover in the 70s all year and earn Mexico City the nickname "City of the Eternal Spring." Visit Mexico in winter and you'll bask in the sun without having to share the sights with other tourists. The ruins of Teotihuacán will be far less crowded, as will the other number of attractions in the city such as the Plaza de la Constitución, Palacio de Bellas Artes, and Catedral Metropolitana.

People flock from around the world during June, July, and August to lounge on the sapphire blue coast of Greece, indulge in Mediterranean food, and snap the perfect photo. The blazing sun and warm waters are on point in summer, but you’ll be hard-pressed to snag a frame without capturing the head of a fellow traveler.

Save on airfare during the off-season months and have the breathtaking beaches and authentic taverns all to yourself. Accommodations on the islands drop significantly during winter months. This five-star junior suite is $168 less per night in January than in July.

Imagine skipping across the pond on a non-stop, five-hour flight for $350 and landing in a whole new dimension. That’s kind of what flying into Reykjavik feels like. The winter solstice is in full effect during the winter months since Reykjavik only gets roughly five to six hours of sunlight a day. But don’t let this deter you.

Exploring the untamed Icelandic landscape with an eerie ambiance is unmatched and nothing beats taking a dip in the hot springs at dusk surrounded by snow. And yes, the northern lights are viewable during this time. In fact, the darker winter months present prime viewing opportunities.

Most travelers try to visit Ireland in the summer with hopes of catching clear skies and warm temperatures. Head over in winter, though, and you’ll find direct flights for $376 and far fewer tourists.

Explore the breathtaking coastlines of Carrick-a-Rede and Giant’s Causeway or transport back in time with a wander round the picture-perfect grounds of Dunluce Castle. Don’t forget about the Irish pubs, which become cozier and even more enticing in the cooler winter months. Speaking of winter, temperatures aren’t nearly as chilly as you might expect. The average hovers around 40 degrees Fahrenheit. Just be sure to bring your raincoat.

One of the U.S.’s most popular national parks is a real treat in winter if you’re up for putting forth a little extra effort. Many roads throughout Yellowstone National Park are inaccessible due to snow starting in November, so visitors must rely on snow-shoes, cross-country skis, snow mobiles, and snow coaches for transportation.

Be one of the few skiers to cruise by Old Faithful, search for wolves on a guided snow-shoe tour, or take a daring dip in the Boiling River.

A popular country no matter what season, most tourists prefer to visit Italy in spring and summer to better enjoy the infinite number of quaint towns and outdoor attractions. However, a genuine glimpse of Italy is most appreciated during the holiday season.

Visit in December and you’ll undoubtedly get swept up in the spirit along with the locals. Italians start celebrating with the Day of Immaculate Conception (December 8) and carry on through Christmas and New Year's. Check out various sites in Rome for elaborate Nativity scenes and Christmas Markets, take part in the traditional national holiday, Epiphany (January 6), or soak up the Festival of Lights in Florence.

Sneak in a late winter vacation to Cape Town in February and you’ll brush shoulders with all the tourists as they head home. The peak (summer) months for this international hotspot are December and January, but February conditions tend to be even better with calmer winds and 80-degree temperatures. Thinner crowds, cheaper rates, and arguably better weather makes Cape Town a prime end-of-February destination.

Fairy chimneys, underground cities, magnificent valleys, and cliffside dwellings dating back to 1600 B.C. make this province of Turkey the most wonderfully weird destination in the country. Explore the region’s core at Derinkuyu, gaze in awe at the incredible rock formations in Love Valley, and splurge on a hot air balloon ride for spectacular views over the landscape.

Winter in central Turkey is still chilly though. Expect snow, freezing temperatures, and half of the main town’s bars and restaurants to be closed for the season. However, being one of the few people there to appreciate the stillness of the snow-capped cliffs and valleys makes it all the more magical.

Break free from the pack and get back to basics in Guatemala, a heavenly land of lush green volcanoes, historic architecture, and pristine nature. After a few days in historic Antigua, head northeast to Lake Atitlan.

Encircled with 11 villages — each with its own distinct personality and style — this enchanting destination has the potential to consume your entire trip. The yoga village of San Marcos is the spot to chill out with yoga and meditation classes, San Pedro attracts backpacks with its laidback vibes and access to volcano hikes and thermal baths, and remote Jaibalito offers a tranquil environment to recharge your batteries.

An off-beat holiday destination during any season, Tbilisi is especially avoided by tourists in winter due to snowy conditions and cold temperatures. Those who do come here are likely to visit in spring for the warmer weather or autumn for the wine harvest (a product for which Georgia is famous). The winter months of December and January, though cold, are full of festivities as locals gear up to celebrate Christmas and New Year's multiple times across the two months.

Experience the strong Georgian Orthodox traditions by wandering around the Tbilisi’s Christmas Market in Deda Ena Park or get into the spirit yourself by watching the New Year’s Eve fireworks show. In addition to the holiday cheer, you’ll find must-visit towns like the old capital, Mtskheta, and the wine region of Kakheti literally deserted.