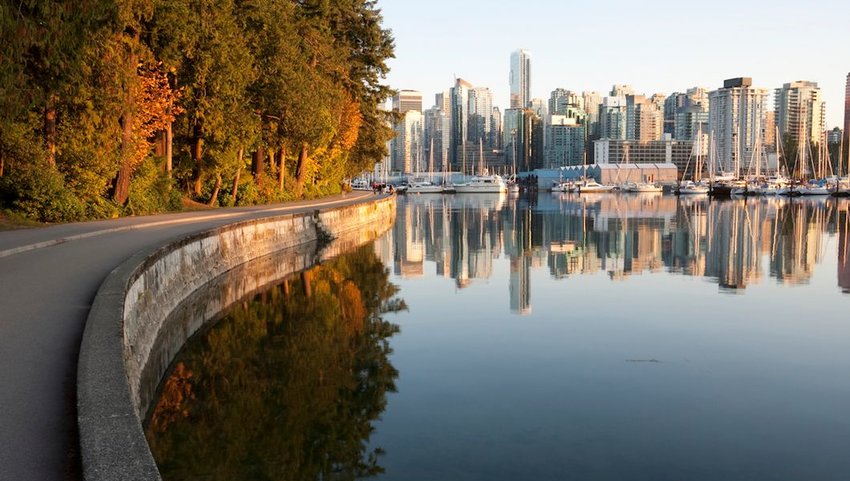 10 Cities Leading the Way in Sustainability

Sustainability is no longer just a buzzword or a travel trend.  These days, cities around the world are looking for ways to combat the real threat of climate change. Given the challenge to have countries commit to programs on a national level, city officials are taking matters into their own hands and enacting change at a lower level. Here’s a look at ten cities leading the way in sustainability and some of the initiatives currently in place.

Copenhagen set a goal in 2009 to be the first carbon-neutral capital by 2025, and so far, they are on track to meet that goal. Some of the targets in their CPH Climate Plan 2025 include reducing energy consumption in households by 10%, public buildings by 40% and commercial buildings by 20%. Copenhagen also joined forces with 27 municipalities to build a network of “cycle superhighways” that connect Copenhagen with various other districts where people live.

Almost a decade ago, Tokyo launched the first urban cap-and-trade program in the world. This required large industrial, government and commercial buildings to reduce their carbon emissions by participating in the emissions trading program or enacting the on-site energy efficiency measures. Earlier this year, the government released the results from the eighth year of the program, which showed around 80% of the facilities met their goals of reducing 17% or 15% below base-year emissions.

Vancouver’s Greenest City by 2020 Action Plan has garnered a lot of attention as the city plans for all new building construction from 2020 on to be carbon neutral. In addition, the plan includes initiatives to reduce greenhouse gas emissions and energy usage by 20% of the 2007 levels by 2020. Vancouver also built Seaside Greenway, a now-popular bike route that is completely separated from cars. It’s not only efficient, but there are cool sights along the way, including Douglas Coupland’s “Digital Orca” sculpture.

Portland was once seen as a city of urban decay on a downward spiral, but it now leads the nation for its sustainability initiatives. The city has been recognized for its intelligent urban planning — they started a waste recycling program years before other major cities and over half of the city’s energy comes from renewable sources. Clean Energy Works was the first program in the nation to offer homeowners a free energy assessment, rebates and loans for home retrofitting.

In 2016, Zurich received top honors as the most sustainable city in the world in the Arcadis Sustainable Cities Index. One of their initiatives was to have everyone using only 2000 watts of energy by 2050. They also took honors for their stellar public transport system, climate initiatives and livability. Zurich also has other initiatives in place like a cap and trade program on car parks. This means that for every new car park that is built, one must be removed, ensuring there are no more parking spaces than currently available.

New York City is taking the U.N. Sustainable Development Goals (SDGs) pledge seriously, despite not being its own nation. Last year, the Big Apple became the first city in the world to report their progress on these SDGs to the United Nations amid inaction from the federal government. Some of NYC’s own initiatives have included single-stream recycling, eliminating the need to sort recyclables from trash, adding more green roofs and additional bike lanes. There are aggressive plans to reduce greenhouse gas emissions (GHG) in the city’s less efficient buildings to reach the overall goal of reducing the city’s GHG emissions by at least 80% by 2050.

Given this city-state has a large population for its small geographic boundaries, it’s no surprise that Singapore leads the way in sustainable initiatives and practices. Traffic management has long been a problem, and they continue to find new ways to help reduce the problem, such as offering free public transportation in the pre-morning peak hours, limiting car ownership, and more. Singapore’s Sustainable Development Blueprint also includes energy efficiency targets and having 80% of all households within a ten-minute walk to a train station.

It’s not often that you have residents willing to pay more for their electricity, but Austin does. Residents can elect to pay more under Austin’s Green Choice program, and they get energy from green sources in exchange. Austin also has a climate protection plan in place, with hopes to be 100% carbon-neutral by 2020.

Given that Mexico City once had some of the worst air quality in the world, it’s perhaps a bit surprising to see them on the list for sustainable cities. However, their ProAire program has drastically reduced overall C02 emissions and air pollution in Mexico City over the past 20 years. In 1994, the average number of days with dangerous pollution levels was 344, but by 2012, it was down to 118.

In an attempt to address its own dangerous air pollution, London started the “Congestion Charge Zone.” Drivers of older vehicles are charged a fee to travel within Central London during certain times of the day. Electric vehicles are allowed to travel for free. In April 2019, the program was expanded to run seven days a week, 24 hours per day. In 2021, there are plans to increase the zone significantly in hopes of reducing the overall pollution in central London.  London was also named the world's first national park city, a designation it earned by planting 170,000 trees and creating 200 green-space-improvement projects.