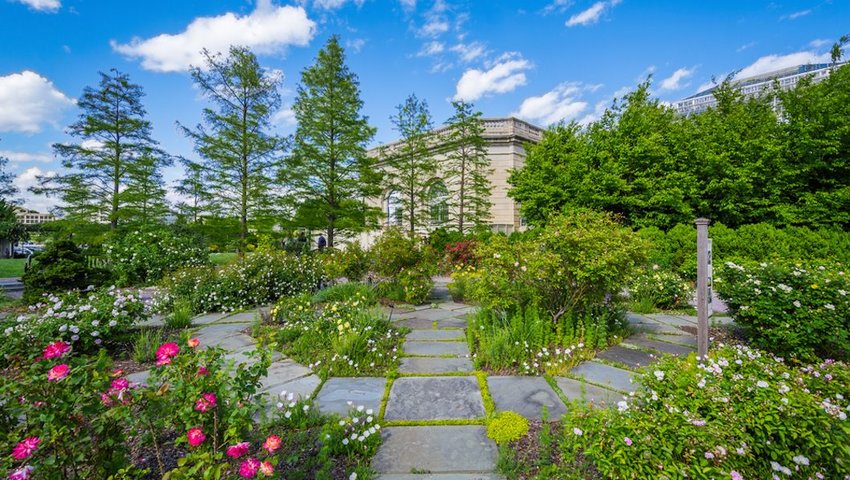 10 Botanic Gardens You Can't Miss in the U.S.

Whether you’re trying to beat the summer heat beneath the leafy shade or escape the winter cold inside tropical greenhouses, botanical gardens are a popular year-round destination for locals and visitors alike. Here are our picks for 10 botanic gardens you can’t miss in the U.S.

Congress established the oldest continually-operating garden in the United States on the National Mall in 1820. This botanic garden in the nation's capital has been wowing visitors without a break since 1850. It moved to its present location in 1933 and today, one of the most popular attractions of the garden is the Conservatory. Don’t miss the stunning orchid collection here — you won't find anything else like it in the country.

The essence of the Sonoran Desert has been distilled and transplanted to Arizona’s largest city in the form of the Desert Botanical Garden. Towering cacti and delicate, drought-tolerant flowers are allowed to shine against the red earth of the Papago Buttes and it's quite a splendor to see. Take a flashlight tour to witness the night-blooming plants in all their glory, or visit around Christmas when luminarias light the pathways.

The “Garden in a Valley on the Ocean” as it calls itself can be found not far from Hilo on Hawaii’s Big Island. The fertile volcanic soils on this 40-acre valley support over 2,000 species of tropical plants and trees. Wander the garden’s nature trails through a tropical rainforest and over trickling streams to enjoy magnificent views of the Pacific Ocean.

This 250-acre botanical garden on what was once the Lorillard family estate is free to enter on Wednesdays like its neighbor, the Bronx Zoo. With around a million tropical, temperate, and desert plants, this botanical garden is every amateur gardener’s dream. You’ll find it’s worth paying the additional entrance fee to check out the collections housed in the Enid A. Haupt Conservatory, a Victorian-style, wrought iron-framed greenhouse made of glass.

The Portland Japanese Garden during autumn or koyo season dazzles as much as the fall colors of New England. Japanese maples flame in hues of orange, russet, and crimson. The structural elements of the garden — its bridges, tea house, and stone pathways — add authenticity and oriental serenity.

Comprised of a number of smaller themed gardens, the Atlanta Botanical Garden occupies 30 acres in the middle of the city. Highlights include the formal rose garden and the rainforest room of the Dorothy Chapman Fuqua Conservatory. One of the Botanical Garden’s most innovative features is a 600-foot-long skywalk that extends into the Storza Woods 40 feet in the air — affording visitors a unique vantage point over the trees.

You probably associate central Florida with theme parks rather than horticulture, but Harry P. Leu Gardens is an oasis of tranquility in downtown Orlando. The garden was gifted to the city almost six decades ago and since then, this comprehensive collection of azaleas, bromeliads, roses, and camellias shaded by camphor, elm, and oak trees has attracted a loyal following amongst locals.

As part of the American Alliance of Museums, the Santa Barbara Botanic Garden is as much a living museum as it is a garden. The impressive 78-acre site is planted with over 1,000 rare and indigenous species from towering redwoods to colorful California poppies. Five miles of scenic trails provide access to the gardens and breathtaking views of the San Ynez Mountains and Santa Barbara’s Channel Islands beyond its boundaries.

Texas does things on its own scale and the Dallas Arboretum and Botanical Garden is no exception. Sixty-six acres of land bordering the southeastern shore of White Rock Lake in Dallas are preserved for horticulture. Highlights include the infinity pool at A Woman’s Garden, the McCasland Sunken Garden, and the vivid colors of the Nancy Rutchik Red Maple Rill.

Twenty-four gloriously gardened acres lie within Cheesman Park in the heart of the Mile High City. Gnarled bristlecone pines, native grasses, cottonwood borders, drought-tolerant perennials, and succulents showcase the variety of species found in the state. In addition, native flowers and shrubs from as far as South Africa and Japan complete the planting. The Denver Botanic Gardens is worth a look.