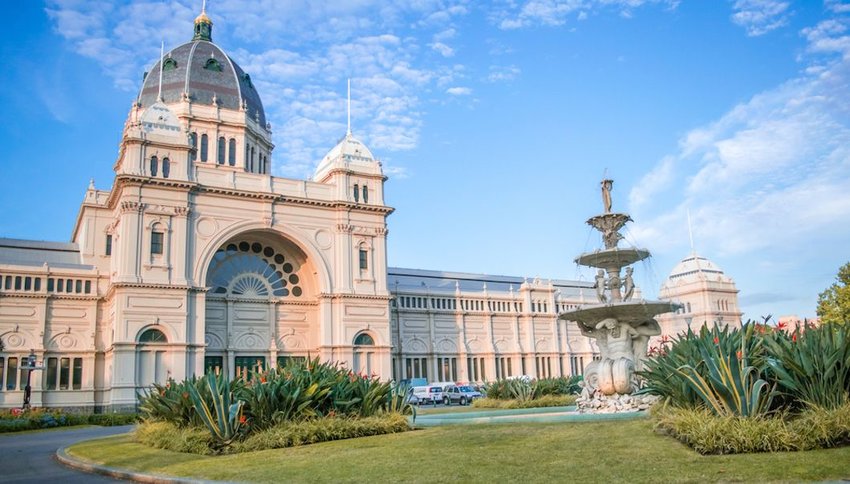 Australia is home to a treasure trove of fascinating museums with amazing collections that represents the country’s artistic, cultural, and historical heritage. The Land Down Under is a country rich in maritime, military and aboriginal history, and if you're going to fly halfway around the world to check it out, you won't want to miss a thing. Check out these 10 museums that showcase the best that Australia has to offer.

Just up the river from Tasmania’s southern capital Hobart (a former penal colony), you’ll find one of the coolest (and most controversial) museums on the planet — the Museum of Old and New Art. Affectionately called MONA, this museum likes to look at art in a different light. Where else can you admire some pretty unique pieces of art, sample an awesome Moo Brew or Moorilla wine and eat at the swanky Source Restaurant? MONA’s subterranean building hosts founder David Walsh’s $110 million private collection of weirdly-odd art and antiquities. Enter through an abandoned tennis court and let the mishmash of fantastic art sweep you away.

Melbourne is home to the largest museum in the Southern hemisphere, aptly-named the Melbourne Museum. The museum houses seven main galleries that tell the story of the people, culture, history and landscape of Victoria. Check out the heart of the museum, the Science and Life Gallery with its tall trees and amazing wildlife. The Bunjilaka Aboriginal Cultural Centre is a place that instills the living traditions and history of the first people of Australia—the Koorie (indigenous peoples of New South Wales), as well as other cultures from around Australia. The IMAX theater is a custom-built 3D theater and home to the largest movie screen in the world. It screens first-run movies and incredible documentaries.

The National Gallery of Australia in Canberra is one of the largest art museums in Australia. Set on the scenic shores of Canberra’s Lake Burley, the museum is home to world-class exhibitions with more than 150,000 works of art on display. Art lovers will adore strolling through the amazing galleries and admiring the collection of famous artists like abstract expressionist Jackson Pollock as well as exhibitions featuring works from Monet, Matisse and Picasso. The Aboriginal and Torres Strait Islander art collection is simply amazing and contains over 7,500 works—the largest in the world.

Sydney’s Australian Museum is where nature, science, and culture intersect. The National Museum was the country’s first museum opening to the public in 1827 with the goal of acquiring and displaying “many rare and curious specimens of natural history.” The museum houses over 21 million scientific specimens and cultural objects and invites you to come and learn more about the flora and fauna of Australia and the Pacific. The museum also has one of the world’s largest collections of First Nations culture, mainly from Pacific and Aboriginal and Torres Strait Islander peoples.

The Australian War Memorial is truly a moving shrine, museum and research center commemorating Australian members of the armed forces who have died in the service of their country. The memorial opened in 1941 and contains the Hall of Memory, which holds Tomb of the Unknown Australian Soldier and the Roll of Honor. The Roll has the names of over 100,00 Australians who gave the ultimate sacrifice. They also host touring exhibitions and have an amazing outdoor sculpture garden.

The National Maritime Museum in Sydney is especially cool because there are a variety of ships and submarines docked in the harbor outside its doors. You can climb aboard the vessels and experience what it’s like to be an Aussie sailor. Inside you’ll find some great displays that show the amazing relationship that Australia has with its oceans.

Albany hosts one of the most moving museums in Australia—the National Anzac Center (Australian and New Zealand Army Corps). This treasured museum overlooks King George Sound and commemorates the lives of the men and women who set out for war in 1914. There is an amazing feature that lets you experience WWI by assuming the identities of 32 Anzac-related characters as you follow their journey through a series of interactive exhibits.

Questacon is Australia’s national science and technology museum and is designed to inspire and educate visitors with over 200 interactive experiences. It has eight cool galleries that feature themed exhibits from astronomy to zoology. They are currently featuring exhibits that commemorate the moon landing and a look at the future of robotics.

If you want to imagine what it was like to live in an Australian mining town in the mid-1800s, then head to Queensland and visit the Historic Village Herberton. This realistic open-air historic museum is 15 acres of historically restored period buildings dating back to the 1860s. There are 50-plus buildings that recreate an old tin mining town. Visit an authentic shop, pub, bank, chemist (drug store), grocer, printer and boot maker.